Being in that video meant a lot to me. I am tired of the palin family trying to stifle my creative juices such as my tv shows making fun of their family or the juices which may or may not have entered my blabber mouth ex's cooter hole and gave her a baby.

Bristol was initially heartbroken over information published in the National Enquirer earlier last week suggesting Levi may be the father of another woman's child. He's allegedly one of three men who could have gotten his ex-girlfriend Lanesia Garcia pregnant. Of course, Levi's lawyer insists he's not the daddy.

However, according to the National Enquirer, pregnant Lanesia is not the reason for the Bristol-Levi break up. 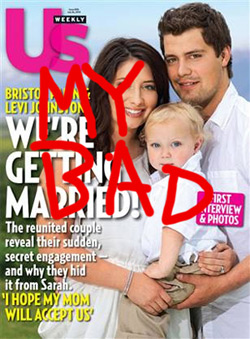 I admit my involvement in this shit but on the other hand it has been misconstrued all out of proportionFucking Lanesia. She was my ex-girlfriend in the same way a snickers bar is an ex-meal. One of three men who could have gotten her pregnant is ridiculous. I calculated those odds using algebra and it's like 9x men could have got her knocked up where x is the function of how quick she could dial her droid and mop off her down south areas.

That girl is like the town bicycle if a bicycle actually rode you and turned around so you could see its tire and lights a bunch of scented candles and puts on jewel cds and sometimes without you knowing it the bikes roomate bike would come in and start riding on top of that bike but its cool because its a girl bike too and when you rang that little thumb bell thing it started talking about crazy shit like sticking its head in a bathtub full of water and doing it in a daycare parking lot (which I never did more than once so don't try to accuse me of no weird shit).

So yeah, I did my fucking big dumbass palin family apology tour where I lied about lying about my original comments about how fucked up their family is and I had to tell gay people I hated them and say all kinds of stupid shit like I support putting mexicans in blenders if they're caught reading the paper or something and how I really think obama isn't from hawaii and how I want some crazy staring lady called michele backman to take America back from some mystery group that I'm pretty sure meant black people or maybe black manta although I never got a chance to ask about the hall of doom.

Fuck it all, I am going back to that gay tv channel. 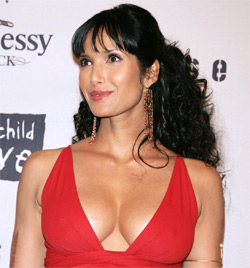 I have wanted to wishbone padme since that bug alien ripped open her shirt in the arena. I got a pillar you can climb to get away from the geonosians baby.Somebody get top chef on the phone and wake up that little bald bobcat goldthwait dude who is always looking sideways and tell him I'm ready to blow up Padme Almondalla's crazy pussy until it looks like somebody spilled a bucket of bearnaise on two drove-over earth worms. What is she, Talibanese? Fuck it, I don't give a fuck. I'll fuck up Padme's miniclorians with my good mouthfeel and give her a hockey jedi to raise. Did you see that bitch's titties lately? I bet that little bald fucker wants to climb up her koala-style and get on those things like he's trying to hook up a fire hose.

They better get me back on there because I saw joe scarbro on there and that dude looks like he's from a j crew ad but when he was in congress he actually murdered a girl and I mean I have killed a lot of girls figuratively in the walking like a crab and getting morning after pills sense not in a get the media to scrub all mention of my murder and quietly retire only to later get a TV show sense. And plus luke russert? I have partied with that dude and he is dumb as hell. That dudes dad has a grabber in the newsroom at nbc and he gets jim belushied into political reporting? This isn't curly sue fellas this is the fourth estate supposably you can't just dress up some weed-eyed little goober in a clip on and ask him what's happening in regards to afgampistan funding.