Probably the number one chapter that will get those most buzzes and wonkettes and whatever is my chapter about my exploits in the media. I think of it as my Ricky Hollywood phase. Still going on, but also in addition to having sex in hot air balloons with models from cities with no vowels in their name I am also a full-time dad and part-time mechanic and full-time mayor candidate part of the time.

Chapter 14: Celebrity Incidences I Had 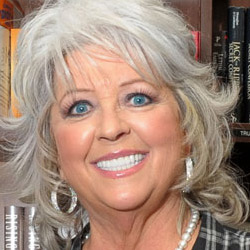 she spent like three hours drinking wine samplesI saw Paula Dean at a Costco in Santa Monica. She was buying 640 rolls of toilet paper and a Jeff Gordon branded NASCAR coffin. Is she a mummy? Guess we'll never know because the police won't do shit except they'll pull over a black man for driving black. Racist.

Got to meet Joe Biden. We talked for a long time about ultralight kit planes. My friend Tucker crashed three different ultralights into the same barn so finally we burned the barn down one night so he'd quit crashing, but then he got way into four wheelers so he never built another ultralight. Joe biden ate nine hotdogs while we were talking. He said ballpark hotdogs were the only thing he'll eat. Actually it turns out this guy was Joe Bordon. Friend of Paul my uncle. Totally different than Joe Biden.

I saw the actor who played Willow from the movie WIllow I think. He lived inside a trash can.

Marc Cuban invited me onto his yacht and we went out into international waters and beat the shit out of a dolphin. Just straight up jacked the chirping little bitch. We were way high on angel dust and Marc Cuban had this little Chinese kid he keeps in a bamboo box he said I can kill if I wanted, "NO RULES MAN" but I didn't want to and so he was like "okay then let's go down to the moon pool with the mini sub and trick a dolphin into coming in there and then beat his ass." It was wild but I can't say it was bad. 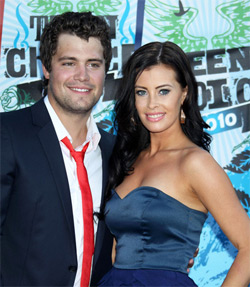 sorry bristol but I was hooking up with models how could I come back to hillbilly snookie trying to teach our kids about bible dinosaurs???Probably the coolest person I got to meet while I was doing my Ricky Hollywood shit was when I was at GQ the second time and fucking detective Don Draper walks in and I'm like "young blood, truth, did you put babies in all the girls on that show?" and he said no but I could tell by the way he was nodding his head that he meant hell yes. Then I showed him this picture I keep in my wallet of my kids and then the one of bristol doing the caterpillar buck ass naked at the Anchorage best western. He was impressed I know because he kept looking at his phone.

Bow Wow is OK but all he wanted to talk about was that space shuttle columbia was done by our own government. "Bush knew" he kept saying. Maybe he did, but maybe those astronauts deserved it and he was just taking the law into his own hands.

I saw Lady Gaga at a Pinkberry but I was like "What the fuck even is this place? you freeze yogurt in here?" so I bought an ear of corn from a Mexican and stood in the middle of the street eating it until racist cops from LAPD bust me for jaywalking.

Newt Gingrich is pretty cool but two weird things we went to lunch with him with me and the palins and the entire time he was eating lunch he had two pomeranian dogs in his lap and then after lunch he opened his mouth all the way up and the dogs cleaned his teeth! It was like those nature videos where the bird goes in the hippos mouth only the hippo wants women raped by their dads to have to get his permission to have an abortion.

I think I saw Ernest at a methadone clinic in Willowbrook but it might have just been some other guy. I did yell "HEY VERN" out the taxi window and flip him double birds as we drove past because serously fuck Ernest.

Maybe I'll share some more of the book in the future if you aren't all a bunch of superfuckers. Oh nevermind. You're all superfuckers so nevermind.