The 7 Most Awful Wastes of US Taxpayer Money (Part 1) 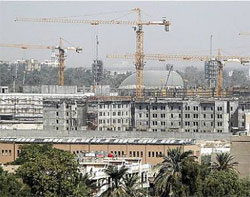 The United States invaded Iraq in the hopes of disarming the Saddam Hussein regime of its weapons of mass destruction. It turned out he didn't have any, which is what he said, so mission accomplished there. With that victory under our belts, America turned to installing a pro-capitalist democracy in Iraq that would become an ally in our war on terrorism. This was also a great success. The newly established Iraqi government does exactly what we ask and the terrorists have helpfully relocated to Iraq where many of them have subsequently exploded.

To celebrate this great victory over the forces of "terr", the United States has committed to building a sprawling 104-acre embassy in scenic Baghdad. The largest embassy on earth is a tribute to America's commitment to democracy and also freedom.

The embassy's lavish exterior consists of interlocking concrete bomb barriers and a defense in-depth of check points, blast-walls, and fire bunkers. Trailer-mounted Phalanx mini-guns protect the grounds from incoming projectiles and Patriot batteries stand by to intercept any ballistic missile threats. Artillery-zapping lasers may also be in place.

21 buildings sprawl across the luxurious parkland, although we plebes are not allowed to know their layout or purpose. A good portion of this prime real estate will be given over to housing the embassy's 5,500 permanent residents. Constructed (and still constructing) at a cost likely to exceed one billion dollars, the embassy is larger than the Vatican City. 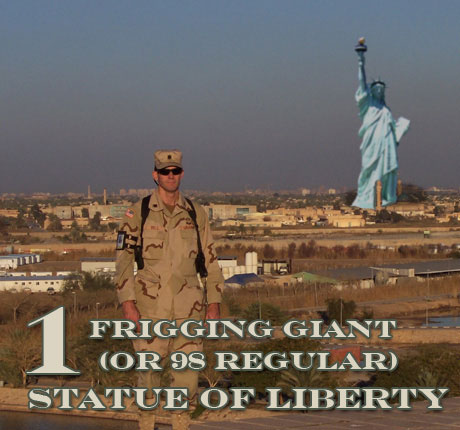