It's easy to point to black leaders and claim they are opportunists and self-promoters. It's an accusation that is undeniably true, but to single them out for that particular offense means ignoring all of the leaders of every other race and ethnicity that behave similarly. Very few political leaders do what they do for completely altruistic reasons. Spreading their brand and appearing on Larry King to comment on the controversy of the week is just something leaders do in general.

What makes many self-identified black leaders so peculiarly abhorrent these days are the type of self-promoting they do and the causes they choose to champion. Gone are the great movements of the 1960s and 1970s. Without them, black leaders like Al Sharpton and Jesse Jackson are all too often left sticking up for anyone who is black, regardless of what they might or might not have done. Their outrage is at a constant simmer, ready to boil over into the media at any opportunity. 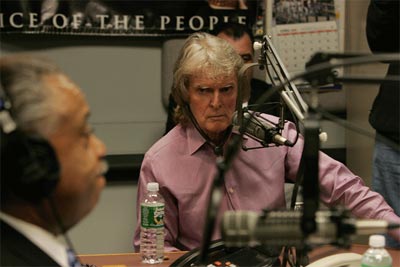 For every Hurricane Katrina or Jena Six where leaders are really needed to fight on behalf of African Americans there is a Michael Jackson court case or a fabricated rape charge from a black woman. These guys have no quality control and that diminishes them to annoyances when they're talking about something that matters. These pontificating offended black leaders need to take a step back and ask themselves, "What Would Martin Luther King Do?"

Imagine a world where he's still alive and active as a leader in the black community. Would Martin Luther King be down in New Orleans fighting for the black people there? You bet your ass he would. Would Martin Luther King be hosting a radio show and demanding a withered mummy like Don Imus come in and supplicate himself for half an hour because he called some girls on TV nappy-headed hos? No fucking way. 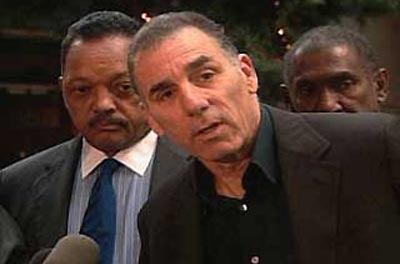 Martin Luther King wouldn't be demanding apologies from Kramer for screaming "nigger", he'd be demanding a sea change in popular culture and equal rights for home buyers. He would retain his dignity and authority as a leader by not chasing after the headlines and the recognition no matter what and holding hands with a white pedophile like Michael Jackson.

At this point, it's probably better to rule out things that won't offend or outrage black leaders. Red ribbons, jellybeans, Eskimos maybe. That's all I can really come up with off the top of my head.

One thing most successful leaders of all races learned a long time ago is that some people just aren't worth defending and some things aren't worth fighting for. It's this willingness to take up silly or repellent causes that has condemned perpetually offended black leaders like Al Sharpton to the top five of the most awful minorities list.