Back in 2005 Wired magazine featured an article on an emerging trend in rap music. Nerdcore or geeksta rap consisted of white kids rapping about geeky topics and making ironic references to gangsta rap. It is the latest abomination to emerge from the realm of ironic rap, which in some ways started with the Beastie Boys, but really took off with self-deprecating acts like MC Paul Barman and the hyper-referential MC Chris.

Frontalot, a New York designer who declined to give his real name, conceded he has "mediocre" mic skills, but said nerds can out-hip hip-hop's true superstars.

"I think CS graduates have a better chance than most rappers at calculating and devising hitherto unheard rhyme pairings," he said. "50 Cent has dance clubs and oral sex, we have awesome video cards."

The genre amounts to a bunch of people aping that MC Hawking joke site from like 1998, but that hasn't stopped Internet losers from falling head over Mass Heals for nerd rappers. Get a microphone in front of a CS major and you can rest assured that an unintentionally racist pantomime of thug tropes will come spilling out of their mouths. 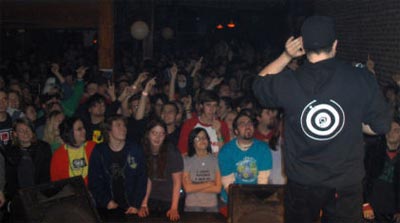 Writing a rap song that's an amalgamation of geek culture references, technical terms, and product names is despicable. Yes, we get it, Bawlz to the Wall. Hilarious stuff. Let me see if I can come up with a properly ironic rap song...

Straight up out of the keenspot!
Tune your podcatchers to this RSS feed!

I hit achewood like it's my Firefox homepage,
8-bit make me laugh when I see the Black Mage.
Bookmarkin' PBF and Wgettin' PLIF,
Pass that White Ninja with a well-rolled splif.

I'm gettin' it on with Boston and Shaun,
Don't eye me like fatting dragons is wrong.
Got three weeks of Penny Arcade loaded on my nGage,
Hasn't taken any calls since Mr. T ate balls.

Imagine that only about three times longer with a really simplistic backing track and an occasional robot voice popping in to say something like "LEVEL THREE" or "WELCOME TO THE TEST CHAMBER". 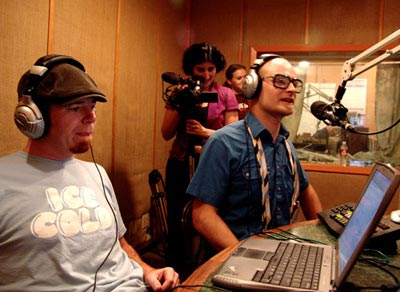 A string of lame references does not good music make, but it does mean you're a douche that belongs on this list. You're just like the hipsters only you play Dungeons & Dragons and think those cute little blacks and their music are positively hysterical! Adultswim your LANs down a sewer in hell.