Here's a little test to determine whether or not you're a single-issue voter. Ask yourself,

"Would I vote for a guy who supports X and Y?"

In that question X fills in for whatever issue or position you feel is the most important and Y stands in for the most hideous position you can imagine. So, for example, if you really care about owning a semi-automatic rifle then the partially-completed question would be:

"Would I vote for a guy who supports legalizing all semi-automatic rifles and Y?"

To complete that question, let's go on to say you really like Golden Retrievers. In that case the question might be:

"Would I vote for a guy who supports legalizing all semi-automatic rifles and sending Golden Retrievers to secret CIA torture-prisons in Uzbekistan?"

If you answer "yes" then congratulations, you're a single-issue voter! Welcome to the elite ranks of political activism where only the dumbest and most short-sighted are allowed to participate. 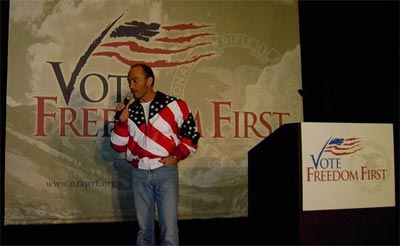 It's not that single-issue voters don't care about other issues, it's that they're willing to place that one golden issue so far above all other issues that these other things are just afterthoughts. They are the bad apples of the electorate. Politicians cater to them, knowing that no matter what other reprehensible things that politician might support, their support of this one issue will guarantee them votes.

It can be difficult for a normal person to get into the head of a single-issue voter. It goes beyond the simple litmus test of not voting for someone who does not support an issue that you think is important, though this is part of the dynamic. It's more about focusing on that one issue to the exclusion of all others, even to the point of voting heavily against your best interests. 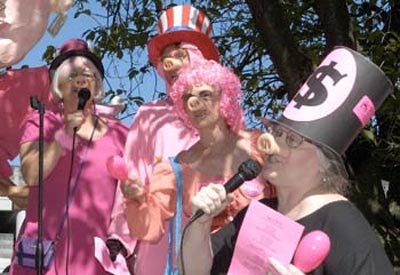 The dire power of the single-issue voter reaches its apex during the Presidential election. It's this time when issues are basically boiled down to a binary choice, and a lot of people punch the "D" or the "R" because of a single pet issue like the environment or gun control. Ir's mentally lazy and it has resulted in many years of mediocrity in the highest offices of our nation. That's why this powerfully dumb minority clocks in at number four on the list of most awful minorities.