Prepare to Be Thrilled By Kevin Spacey's Face Like Never Before 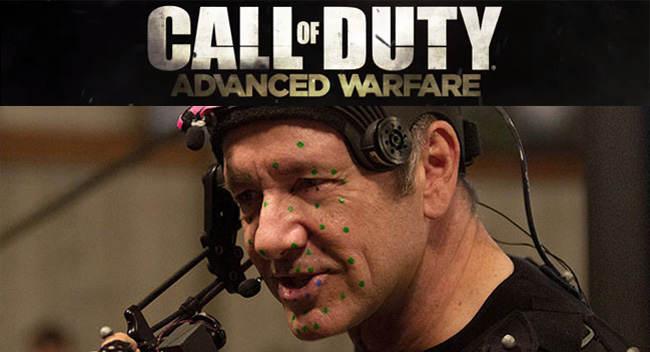 Sledgehammer Games and Activision plan to finally deliver on the promise of actor Kevin Spacey's face in an action video game. Gamers have been clamoring for more and better faces to enhance their gaming experience. Here it is.

"It's what gamers wanted," said Sledgehammer honcho Hunter Yalls. "We want fans of Call of Duty to realize that, yes, that is Kevin Spacey being rendered in real time. In our engine." 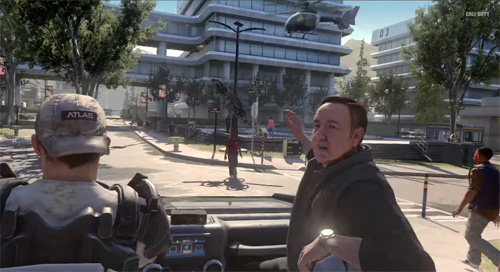 "It's like a movie, because that man is in movies and also explosions are in movies," said Advanced Warfare project lead Dill Rauggers. "We want to capture that action of Kevin Spacey's face and then a robot. Imagine a robot crouching and it has a skull mask. Pretty cool. What's the coolest gun you can think of? A minigun. How about two of them. On a robot. And guess who is in that robot. No, not Kevin Spacey. You. Kevin Spacey just comes on the radio and leads you around between missions."

Sledgehammer also promises more jumping and faster jumping as well as the new ability to become invisible and pilot a robot. 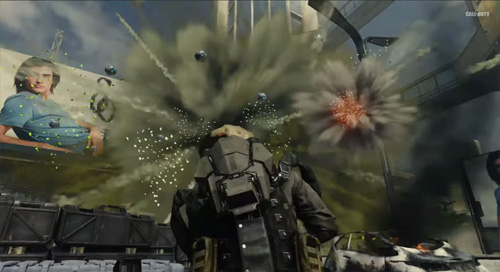 Yalls explained the process, "Imagine a game like Titanfall with Kevin Spacey. We did. And there he is."

There will be new guns in this Call of Duty game, including shotguns and an assault rifle that is better than before, along with some twists. 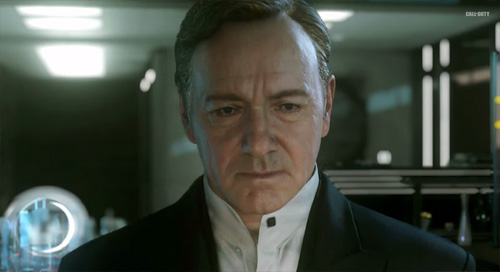 "I think gamers are going to be surprised by some of the twists we have to offer. Let's just say Kevin Spacey isn't the only face you will see. We have a black face planned and a white guy with a goatee. Maybe a crusty general's face. A Latino is going to get shot. Just for a start."