Something Awful's Unintentional War Against Bitcoins

What do you do with them?

In addition to arguing about them constantly on the Internet, you can spend them on one of many types of goods and services like:

Or like most BTC proponents do you can spend all day trading them back and forth while the BTC markets absorb part of the amount in transaction fees. Presumably to pay BTC for their hosting to a BTC proponent who trades it right back to them.

Don't you get it!? It's free money! What's not to love? Oh, right, Bit Coin can be accidentally and permanently lost by deleting the wallet file.


But, as the FAQ points out, it's not a Ponzi scheme:

In a Ponzi Scheme, the founders persuade investors that they'll profit. Bitcoin does not make such a guarantee.

See? They're right up front that it's free money you don't have to pay for, but you could spend more than its worth getting stents put in your brain to lower the swelling from the tropic thunder in your bitmining server room.

To be clear, Something Awful never attacked Bitcoins. We never encouraged any of our users to mess with the Bitcoin markets. This all transpired because there is a thread on our forums, started by a feckless BTC proponent, in which our users discuss how unstable BTC is as a currency, how it is a market bubble created by speculation on a worthless commodity, how nobody will accept it other than a bunch of web hosts and web designers, and posts from BTC proponents on the Bitcoin central forums.

In other words, Bitcoins did all this to itself. We never orchestrated or encouraged any attack and I'm sorry a bunch of people lost a bunch of fake money. Now, how many BTC can I get for my life savings I sunk into Beanie Babies in the 1990s? 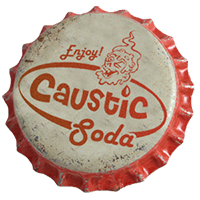 Hey dudes and dudettes, my good buddy Toren Atkinson of the Darkest of the Hillside Thickets asked me to let you know about his Caustic Soda Podcast. Why would I let you know about his Podcast? Well, first of all it's awesome, with episodes about slime and Ted Bundy and cults, but also because Toren's gnarly song My Tank was an inspiration for the title of my book, My Tank is Fight! And my book sort of inspired an episode of their Podcast about tanks. I think the plug is eating its own tail.