I have raised over $300 participating in quilting bees for the American Quilting Bee Society so I think I deserve at least seven minutes of your time.My stars, does the time just fly by! It's been six years since I reached out to you about a certain ghost dilemma, my goblin issues, and our family's short-lived dog-washing business, and even though you haven't replied to a single one of my letters, we Fedlicks finish what we start--just like my uncle Otis, who continued fighting in World War I for three years after it had ended. Mother called it "whoring," but I chose to see his time overseas making several babies with French whores as a boon to democracy everywhere.

In case you were wondering, the past few years have been a roller-coaster ride for me. Instead of taking up space in some dusty, old, ranch-style house, I've upgraded my living situation to a private room at The Peaceful Pines Helpful Hand Living Center, and I can tell you life certainly gets easier when you are served the same three meals at the same three times during the day. Why, by the time I swallow my cup of pills after dinner at 3:30 P.M., I'm filled with such a sense of paralyzing calm that before I know it, it's 5:30 A.M. again and I'm just fifteen minutes away from my powdered eggs and instant coffee--sometimes one of the boys sneaks me extra flavor crystals because even at 91 I still haven't lost that Fedlick charm. 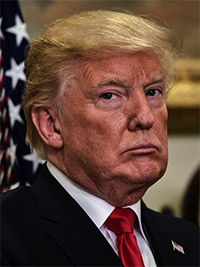 I do not like Dontrumb because he reminds me of mean Old Man Willis from my childhood. Specifically after he fell into the river and washed up eight months later.In fact, the years have gone by in such a blur that I was alarmed to find out you are not President anymore! Except I will still call you "President Oboe" because your Christian name of "Baraka" is too informal for someone who has seen the White House bowling alley first-hand. It was a cold November Day that I learned you were leaving Washington when my daughter-in-law Susan showed up for a long-awaited visit. We had 18 months of catching up to do, but Susan had her mind set on driving me right to the polling place so I could vote for a man named Dontrumb. I didn't know much about him but Susan told me he would get rid of the Mexico men who moved to town and made her too uncomfortable to leave the house for her court-ordered alcohol club.

I'm sure you can understand my predicament, even though you are a Hawaii man and not a Mexico man. I was taught to never judge a man by the color of his skin, and even though this meant I would often be left out of fun and games with my schoolyard pals, I was content to sit quietly, smooth my skirt, and think of rhubarb pie. But after Susan told me I could have the silver watch chain I earned from working 50 years at the extension cord factory, I soon found myself pulling the string for Dontrumb, then pushing the button after I realized the string was to close the curtain on the voting booth. 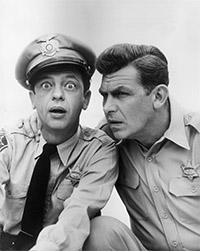 You would not believe the profanities "The Colonel" will shout when not immersed in the world of Mayberry.Mr. Oboe, I have sadly come to regret this decision. While Dontrumb has the large, pink body just like the three sturdy boys I raised as part of the "clean plate club" (Rest in Peace Jacob and Andrew), when I hear him talk on the TV he sounds like the man here who won't stop screaming until we turn on The Andy Griffith Show, then he starts screaming in a different way. Also, I worry about dear Susan, who desperately needs your Oboecare for medications because she is too sleepy to hold down a full-time job. And with my sweet grandson Jace in prison for innocently loaning a man some bullets which were then fired into another man, she doesn't have the copper wire to sell that once put so many frozen pizzas on the table.

Unfortunately Mr. Oboe, I do not know much about civics because I last learned about them during World War II and I was too distracted by thinking about which of my classmates would get exploded by Germans. But if possible I think you should be President again because I think you would do a much better job than Dontrumb. And I would also like you to make it legal to blind two men in the prison cafeteria if they make fun of your Tasmanian Devil tattoo. Both Jace and myself and his lawyer thank you in advance.