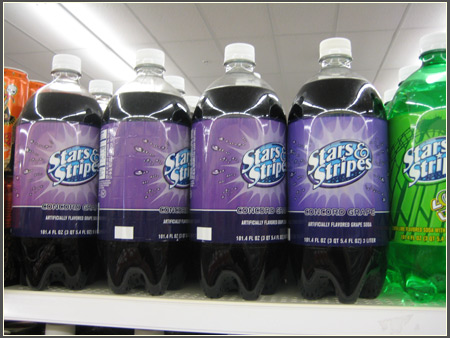 Dollar Tree quenches serious thirst with a sense of nationalism with Stars & Stripes brand 3-liters of pop. If you don't want your kids guzzling sugary soda you can always pick up some juice. Namely, Joker Mad Energy Drink + Juice. It includes most of the flavor of real 5% fruit juice with the kick of taurine, caffeine, and B-vitamins. 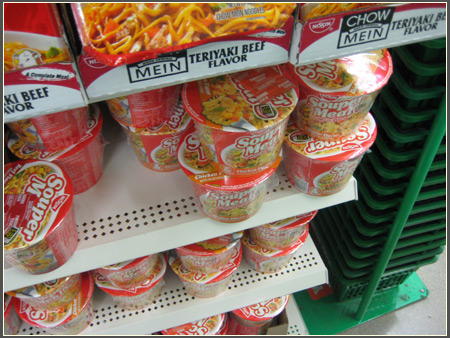 These Souper Noodle noodle cups were enormous and available in chicken or teriyaki beef flavor. They looked terrible, but they were a familiar sort of terrible. Freeze-dried noodles are horrible and dirt cheap no matter where you buy them. 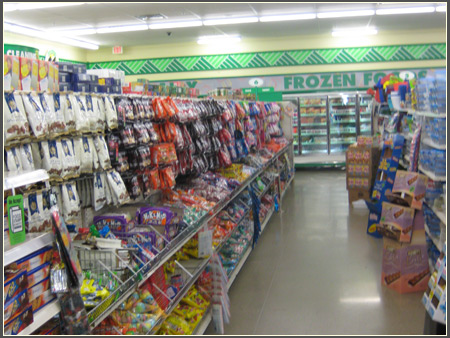 The expansive candy aisle. This isn't even the whole thing, it extended a few feet in the other direction. The aisle included lots of test versions of candies, like weird varieties of Junior Mints, gummy versions of candies that should never have a gummy version, and a lot of stuff that simply should not exist at all. Everything was a dollar, as usual, and the worse the candy was the bigger the portion you received for that dollar. They had a full pound bag of some peanut cluster candy that must have been made from exhumed corpses and corn syrup. 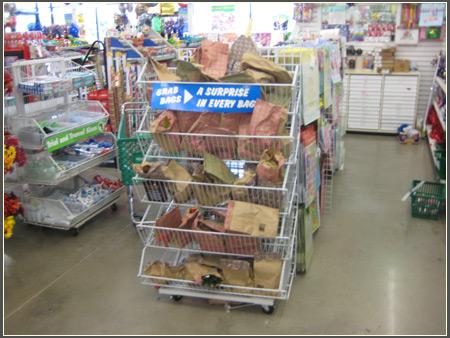 By the time I hit the candy aisle I had ten things in my basket, but I knew on my way out that I would have to go slightly over budget. I know from reading X-Entertainment's similar experiment that it is not humanly possible to bypass the mysterious grab bag. I picked out one for "boys" and one for "girls."