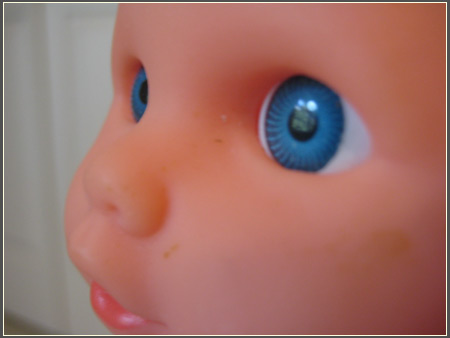 Review: Soft stuffed body could possibly be dressed in cute clothing in the unlikely event Dollar Tree sold some. There is nothing that could be done to the head to remove the horror. Combine the usual dead-eyed doll malevolence with the liver-spotted grossness of a doll head left sitting in a heap next to barrels of industrial solvent. It smells like one of those Chinese rivers with the sheen of unnatural colors and the frothing banks choked with dead fish. I even wish it had those creepy blinking eyelids, because its insane stare never falters. I can feel it looking at me right now while I'm typing this. 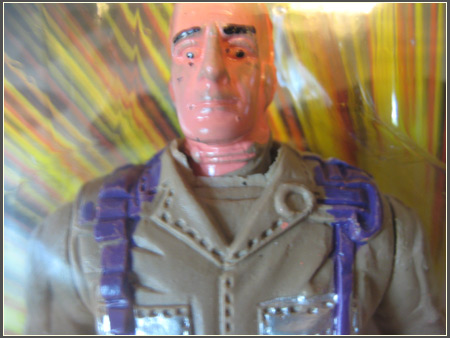 Review: This crudely made GI Joe reminds me of the play soldier aesthetic of the poor Iraqi saps we talked into putting on desert fatigues and driving around in surplus US Humvees. Not surprisingly, the guns don't fit in his hands and his legs both came off when I tried to pose him. He seems to be looking at someone's ass. I'd like to meet the child laborer that painted this travesty and slap her little tiny fingers to remind her that slopping some silver on pockets is not an acceptable paint job for the American toy-consuming public. We demand sloppy white fried egg eyes and a face that doesn't look like he is in the process of liquefying 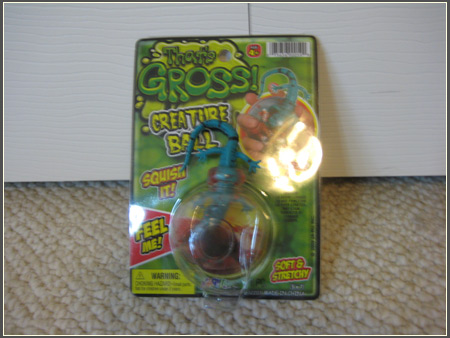 Review: I don't even know why I bought this. It's a ball full of fake blood and floating maggots and there is a lizard halfway jammed into the top. Based on the packaging I think you're supposed to squeeze it, but doing so produced a mist of red liquid and a gurgling hiss sound. It is gross, maybe just not in the way they intended.