Whoa: Firefly Season 2 In The Works At Netflix? 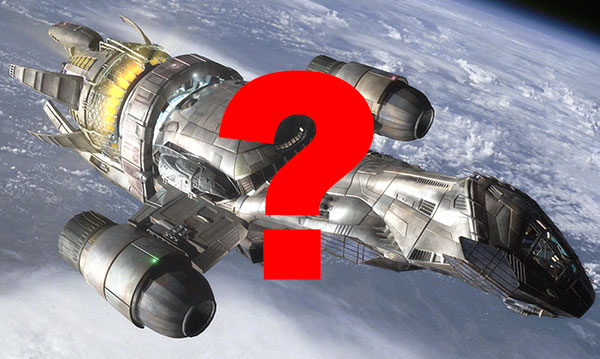 The crew of the U.S.S. Firefly, captained by Captain Mallory "Mal" Remington, is not set to take flight again. The adventures of their crew, including Doctor Simone Tran, the interstellar escort known only as "Morena Baccarin," and others, will not continue on the small screen.

So long story short: Netflix rescues another one! By "another one," we of course mean, "Full House," which was expanded into "Fuller House" by the popular streaming service.

Fireflyingly Yours,
Asterios "The Browncoat" Kokkinos

We've gotten a lot of complaints from non-regular readers who saw this article on Facebook & Twitter. For the record: this article is NOT clickbait. If you were a regular reader of our site, you'd know that we report on stuff that isn't happening all the time. Sometimes, it's even more important than the stuff that IS happening!

For example, our recent article, "Will Tom Hiddleston Be The Next Dr. Who?" finally set to rest rumors that were probably flying around about him somewhere. I mean, he'd be great in the role of "The Doctor Who," right? But sadly, none of our sources with Marvel are telling us this. Frowny emoticon.

Wow, we've really kicked off something of a firestorm here! We don't know why people are so confused by our headlines. I mean, there's nothing misleading or duplicitous about a headline like, "It's True! Kirk Meets Picard In Star Trek 4," because the article clearly says it would only happen "on opposite day."

Which, if you read the works of Terry Pratchett, does exist in space! In the fanfic we wrote.

Oh, you SJW's need to knock this crap off. If you're unfamiliar with our site, that's YOUR damage, not ours. In fact, here's a list of the many, many articles we've run that NONE of our GOOD readers, like my cousin Barry, have complained about:

No complaints. So climb off your high horse, you slacktivist douchebags! You're the problem, not me, millennial feminist trash!