Mr. Mayor, I Am the Real Hero Here and I Wasn't Just Doing My Job 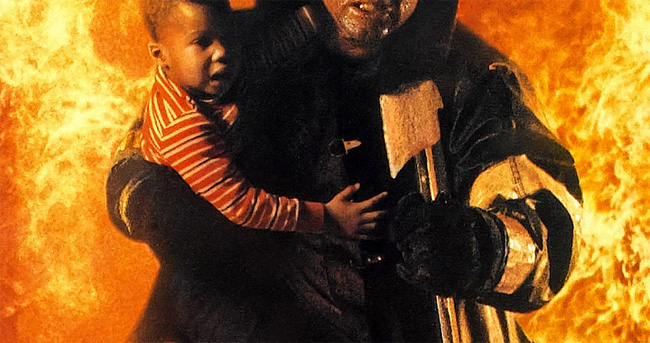 As I accept this award from the mayor, I remember back to the day I was hired by the fire department. The job posting did not mention that part of my responsibility would be running 30 feet upstairs through fire in a burning house and jumping with a baby out a second story window. Because that isn't part of my responsibility. Not even close. If the fire chief had mentioned something like that during the interview process I probably would have laughed in his face. This job only pays $87,000 a year plus a pension and full healthcare coverage. Not worth risking my life for that sort of money.

Which means everything I did two weeks ago at the fire on Oak Street makes me a hero. I am a real hero. I ran right into that burning building despite the danger and I carried a living human baby out of that inferno. The fire was blazing. I must have looked so heroic coming out of that house with a baby in my arms, which makes sense, because I am definitely a hero.

That's not to say that fighting fires isn't a part of my job description. I drive the fire truck and I will use the hose to shoot water on a fire as much as the next guy, but what separates me from the regular firemen is that I am a hero who saves lives.

This rescue was definitely not a team effort either. The other guys, what, chopped down a door? Jerry, what were you doing? CPR? Those people were dead. Peter and Ben, you guys searched the ground floor bedroom? The kitchen? Sure, spend all night hanging out down there guys, leave the upstairs to the heroes.

Boys, I was upstairs in the fires of actual hell, walking through those thousand-degree sheets of flames like a hero, and I didn't put a stop to that searing dance with El Diablo until I had that baby in my arms. That baby that I would have been perfectly within my rights as a fireman to leave behind to charbroil in his crib.

Rule numero uno of firefighting is do no harm and the second rule is a dead firefighter can't put out any fire, so don't risk your neck too much. If you get yourself killed being brave there won't be anybody to drive the truck or use the hose to shoot water.

While we're at it, I definitely deserve having this day being named after me and receiving this hero's medallion. I want to thank Wendy's and Best Buy also for providing me with hero's gift cards. You are doing the right thing here. I'm gonna get a new Samsung for the den and I am going to buy chili every day on my lunch hour.

You think heroes might lead exciting lives and we do. Truly we do. There is the danger and then there are all the rewards we get for risking our lives. It might be hard to jump out of a second floor window without crushing the little body of a baby and that is why the heroes get the big bucks.

Mr. Mayor, I want to thank you and the city for this honor, but I really can't because how hard is it to hand me a medal? I ran through a burning building and saved a little baby boy. He is alive because I am a hero. But that is not award enough for me. I want that TV.

When you think about it, what I did is pretty much like a mini-9/11. You know, just scaled down to like a three bedroom house.