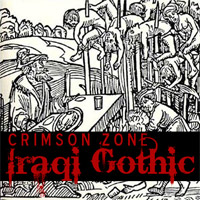 Written, performed, and recorded by members of different units and branches serving with the Baghdad Green Zone protection details.

They cower in their cool shadows,
buy burger king and dvds in their shadows,
they don't know what its like to feel

but we do
but we doooo 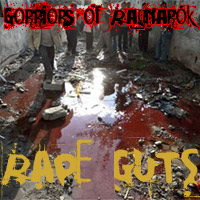 Released in June of 2007 on Splatter/Suck Records, Gorriors of Ragnarok brings the reality of life on the streets of Baghdad with the US Marines to anyone with the balls to buy this CD.

Sample lyrics from the song "Holiday in Haditha":

Blood soaked unicorn of the abyss,
fiery hooves and bloody fists,
We will eat your skin and meat,
We will shit out pellets of hair and teeth

Don't need no excuse to kill,
The whole of the law is kill as you will,
We will step on your eyes and brain,
We will beat your neck with a bike chain! 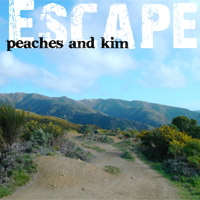 
Husband and wife team of Joe Peaches and Tracey Kim have worked together to relive their Iraq war experience by way of 16 classic country-influenced folk ballads. Escape from the workaday world, go on a journey to refresh the mind.

Sample lyrics from the song "From the Rooftops":

Choke the life from Hajji's body,
Wrap his neck in copper wire,
Put a spear through Hajji's rectum,
it's my only true desire.

Every Hajji has a secret,
and his secret is that Hajji's bad,
so when you see the stacks of Hajji,
It's time to laugh and be glad.

Punch a knife through Hajji's brain pan,
Just like in Under Siege,
Melt their hands in high molar acid,
Fallujah is technically under siege.

Strip their women and beat their kids with pipes,
Shoot their pets and put bags on their heads,
Run over their chests with a tracked vehicle,
and force entry and shoot them in their beds.

Next week we'll be offering a fine selection of ululating and trilling music from various Jihadi videos. Which will be the best song? Will it be "Allahu Ackbar!" or will it be "Allah...Ackbar!", who can decide!?