Welcome to the Thompson Psychiatric Institute for the Criminally Insane 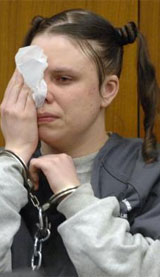 The system has seen a lot of 24 year old Ashley. Her first visit was in 1996 after she sliced off her brother's head. She claimed she was defending herself, but her mother says she was imitating the Power Rangers thugs TV program. The juvenile justice system pushed her out quick and she went right back to the source for her sweet perversions.

Violence was her kick. She got off on it. She could get some vicarious thrills from watching an episode of her favorite smash-up show on the idiot box, but Ashley wanted stronger stuff. She started to buy graphically violent computer software.

She was a ticking time bomb and it was only a matter of time until that bomb ticked to boom.

Ashley liked to be in control. Her favorite fix was real time strategy and the games she played warped her mind. She actually believed she was doing good when on August 10th, 2002, she donned a tank top and camo pants and began planting time bombs in various factories around her home town of Lima, Ohio. A tank factory and a construction yard were blasted to bits and several workers lost their lives.

Police negotiators refused her request to "Stop Yuri" and what began as a standoff spiraled out of control. Ashley escaped a police cordon and released dozens of dogs from a nearby kennel. Her demented rampage was finally put to an end. Too bad there's no end in sight for her here at my father's hospital. 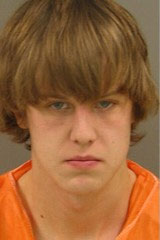 Jason was a model teenager. He got good grades and he was well-liked. Jason wanted to manage a car dealership, and at 17 he was headed to the business school of his choice on a full sports scholarship. Heck of a quarterback.

Jason's love of football extended to the Carolina Panthers. He was their number one fan and when they went to the 2004 Super Bowl, Jason had to watch. Imagine the scene if you will. Our young athlete, his father, and a few friends gathered around the big screen TV. Some snacks and beverages. Maybe his dad let them all have a beer or two, adding gasoline to what was about to become an explosive situation.

The halftime show that fateful afternoon was none other than Janet Jackson with her special guest Justin Timberlake. Jason wasn't a big fan of either artist, he preferred contemporary christian music like Creed and Jars of Clay. Still, he was curious. But you know what they say...curiosity can make the cat go insane.

Jason watched with horror as Justin Timberlake grabbed the adult garment of Janet Jackson and tore open the bosom cup. This exposed her grotesquely pierced nudity to all of America. Jason Ashcroft just couldn't stand it. He smashed the tables and chairs and bit his father and friends. They wrestled him to the ground and called the cops. Jason was sent to the hospital for observation, but he escaped, and his spree of rage-fueled sexual assault commenced.

They finally brought him down after he had molested nearly 30 innocent women. Now he's confined to a wheelchair, just another lost soul in the wards, screaming to have his perverted fantasies fulfilled.

Just a few of my guests. The madhouse is filling up with them. My dad tried to warn the world. Tried to save them from their fate. They laughed at him. Spit in his face. Took away his law license.

Look at this city now.

Yeah, the madhouse is filling up alright. They're howling at the moon from their cells. When this place overflows...god help us all.