I Want to Believe in Change 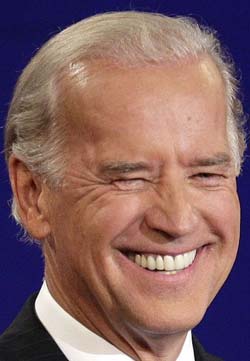 The mid-term elections delivered many surprises, along with some disappointing setbacks for Democrats. During the last two years we worked tirelessly to bring about positive change, but we also failed to communicate our accomplishments to voters.

Let me tell you, I have never identified more with Fox Mulder from "The X-Files." Here is a man who works relentlessly in pursuit of a truth the public at large does not know and seemingly will not accept. The Obama Administration and Democratic House and Senate have done extraordinary things, yet most of those things remain in the dark, lost in a shadowy world of intrigue.

Meanwhile, the powers that be continue to fabricate one false truth after another.

I was personally disheartened by our losses, especially after spending so many weeks on the campaign trail talking to honest Americans. I rolled up my sleeves and joined forces with thousands of volunteers to help candidates like Brad Ellsworth of Indiana and Joe Sestak of Pennsylvania.

Campaigning is tough work, but it connects you with the regular people who make this country so great. I spoke at length with James Hooch of Arkansas about the importance of this election. James is an unemployed moonshiner who has never voted. Although James was skeptical of my intentions at first, we found a lot of common ground discussing season three of the X-Files, and also reining in Wall Street. In fact, it took only two hours of talk before James felt he could trust me enough to show me one of his most closely guarded secrets -- a VHS tape depicting an actual alien autopsy.

I asked Barack about the video and he says it was an old fake, but I'm not so sure. That was a dead alien being autopsied, and I saw the evidence with my own eyes. I've been making a lot of calls about this, and will be sure to keep you posted in future e-mails.

Bill Troutman of Indiana has only seen a few episodes of the X-Files, but says he wants to watch more, especially after I told him about some of my favorite season 2 episodes, like "Little Green Men" and the one where Mulder and Krycek have to stop an alien abductee who has taken hostages. Bill's wife recently died of cancer, and he's drowning in medical bills. I told him it was important for Democrats to maintain control of the House and Senate to protect crucial health reforms. He agreed.

Speaking of Krycek -- who is this joker? I've met snakes more trustworthy than this guy. Good thing Mulder knows to watch his back.

I also recently discovered more great stuff in Beau's old boxes. I found a compact disc for a new musical act called "Alice in Chains." While in Wisconsin, I had the good fortune to talk to Mike Traz, who works at a family-owned pizza restaurant. Traz told me Alice in Chains was part of the "grunge movement." I joked to him that my doctor gave me medicine to prevent "grunge movements." He didn't find my joke very funny, but we agreed that this Alice in Chains band was really something and that voting for Russ Feingold was critical.

I also found a movie called "Johnny Mnemonic" that really blew me away. My friend Traz hadn't seen it, but Carlos Garcia of Delaware vaguely remembered taking his kids to see it when it first came out. I tell you, the Internet has amazing potential to change the world. We take for granted just how awesome a privilege it is to "jack in" to cyberspace and share ideas.

Carlos, a proud first-generation American, runs his own painting business, but has been hit hard by the recession. His kids all had to leave college early and work full time to support the family. I told him we would fight to help him and expose the shadowy conspiracy that allowed this recession to happen in the first place.

Even though we lost some ground this election, the fight is far from over. We still have the awesome responsibility to rebuild the economy, create new jobs, and strengthen health care. These are things we can accomplish, but only with your support. Any donation, no matter how small, will help us shape a better America.