Some Types of Parties

Life is just a vast warehouse of people, beer and music to be assembled into parties. Here are some of the most popular types of parties happening today. 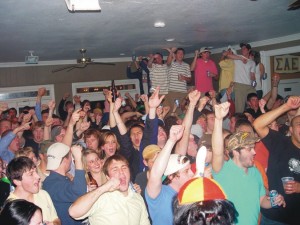 A bunch of college students stand in a room drinking beer and listening to rap music and feel intense pleasure that's actually the pleasure of their successful futures at law and marketing firms being sent back in time by their brains. Almost everyone in the room looks perfect, and even the less-than-perfect people are perfect in the context of the group because they accentuate the perfection of everyone else, like negative space in a painting. Some people play party games, like "Seven Minutes in Heaven," where a boy and a girl are locked in a closet, where the darkness makes the sex jam on the stereo so intense that they both have seven-minute orgasms. 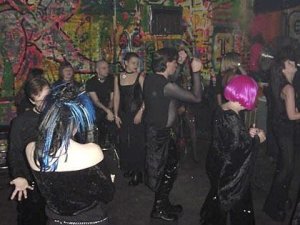 Goths meet in abandoned warehouses and listen to industrial music and drink absinthe, which gives them emotions so exotic and intense they've only been described in the lost verses of "Kubla Khan." Everyone at gothic parties wears nonconformist clothes - goths are completely unselfconscious about their appearances, which lets them focus all their mental energy on the beauty of Nine Inch Nails songs. Goth girls wear corsets, which prevent nerve signals below the midriff from reaching the brain, so that after the party they can have sex for hours and then unlace their corsets and feel all the pleasure at once. 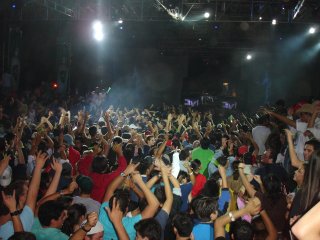 Rave parties are centered on dance music and drugs that turn the parts of the ears that hear dance music into erogenous zones. Ravers dance so fast that they stop aging due to relativity and live forever. This temporal distortion also makes them see in slow motion, so they can decipher the Morse code messages flashing on the party's strobe light, which reveal the secrets of the universe. 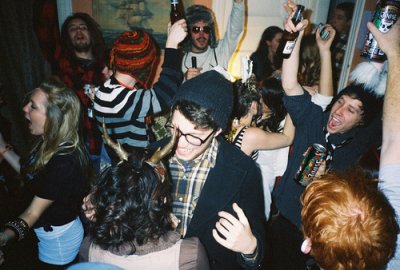 Hipsters meet in dive bars and talk about music and take drugs - they can do massive amounts of drugs and not overdose, because they're only doing the drugs ironically. Partygoers wear vintage clothes and thick-rimmed glasses that let them see through the vintage clothes of the opposite sex. Hipsters can party indefinitely without getting tired, because they know that fatigue is just information from the nervous system, and all information is meaningless due to postmodernism. 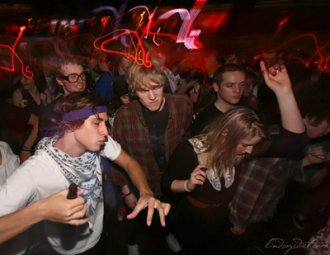 Punks party by moshing to hardcore Green Day songs. They have piercings at Chinese acupuncture points, so they can get punched in their faces for hours without feeling any pain. If someone accidentally dies in the mosh circle everyone runs backwards, reversing time and bringing the person back to life (if this is unsuccessful the person goes to punk heaven, where every hour the world is taken over by evil capitalists who are subsequently defeated by punk music). Punk parties also feature group sex, where a bunch of punks combine into a giant ball like the aliens in Critters 2 and roll around the room having sex and absorbing leftover crack off the floor.