On Monday of this week I had the enviable pleasure of witnessing an angel appear before my very eyes. No, it was not Gippuyel, whose holy name is Metatron, spirit of fire and chancellor to mankind, it was Al Gore. He appeared as a seraphim made from dough, but regal dough, as would be used to bake a cake for a pharaoh. He spoke to me about global warming through the medium of his most exalted film "An Inconvenient Truth."

I guess the jury is still out or whatever on global warming, but the important thing is I was so inspired by Gore, I felt I should emulate him as a good Christian emulates Jesus. Today, I walk in the footprints of Gore and offer you a series of truths even less convenient than those presented by the Vice President in the sky. 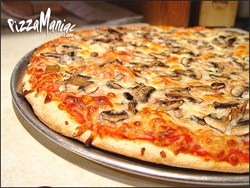 Looks delicious...or IS IT?!Swim to Work
A man age 18 to 40 is more likely to survive a shark attack than an armed robbery. If a person of any age spent half of their life swimming in the Atlantic and half of their life driving in circles in Detroit, they would be 83 times more likely to be carjacked than attacked by a shark.
Caveat: No drowning has been recorded during a carjacking.

From Russia with Unnnnnnnhhhh
In 1952 Soviet scientists working at the Koralev Institute conditioned a female otter to have an orgasm at the sound of a starter pistol. Dr. Yuri Onaktsin also connected a severed dog's head to a mechanical device that kept it alive for two hours.
Kaveatski: In 1955 Dr. Onaktsin claimed he could photograph a person's soul escaping their body at the moment of death.

Spare Parts
The field hospital of Captain James Harper was attached to the 95th New York Riflemen at the battle of Antietam during the American Civil War. Harper's medical log meticulously records every patient and treatment. Captain Harper treated 89 men…and amputated 193 legs.
Caveat: Of the 89 men that Harper treated in his field hospital, four survived. 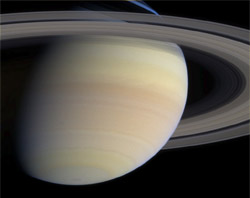 Wait, which one is this?Can You Read This Map?
Because of discrepancies in astrogation charts compiled from obsolete sources there are three objects in our solar system officially designated "Saturn". These were re-designated Saturn A, B and C in 1967, with the planet Saturn being "A."
Caveat: Saturn B and Saturn C are irregular minor satellites of Jupiter. 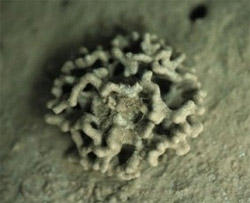 Let's pop this one on the window sill to cool.Let's Have a Slice of That
The largest non-egg cells in nature are nerve cells in a giraffe's legs that measure over two meters in length, but are less than 100 microns in diameter. The largest single celled organism is a strain of deep-ocean sessile amoeba that is almost exactly the size of a pie tin. It is also the only known single cell organism that can consume an entire multi-cellular organism; it can absorb shrimp the size you would find on your dinner table.
Caveat: Some scientists believe the amoeba tastes like pecan pie, but I think it tastes like peaches!

Now We Just Have to Find a Way to get it there
Scientists estimate that the quantities of man-made greenhouse gasses released into the earth's atmosphere since the start of the industrial revolution would be sufficient to terraform Mars for terrestrial plant life. With a thicker atmosphere of carbon dioxide, the resulting warmth, and the thawing of Martian water ice, hardy forests and even crops could grow there.
Caveat: It would take the plants an estimated 60,000 years to make the atmosphere breathable for humans. Even then, breathing would be about as difficult as climbing to the summit of Mount McKinley. There's also no evidence that the Martian soil would support most plant life on earth.

Hut-Hut-Hut-Hut-Blastoff!
The volume of manmade objects launched into space since the start of the space age is sufficient to fill Wrigley Field to the top eight times over. The quantity of these objects that have returned to earth - variously intact - could provide enough material to build a new statue of liberty entirely out of molybdenum.
Caveat: Most of these objects have disintegrated almost completely upon reentering the earth's atmosphere and there's probably about enough of them left to build a set of titanium deck chairs.

The Horse of Plenty
In 2004, the most valuable manmade substance on earth was lab-made antimatter, which cost the equivalent of nine million dollars to produce a quantity the size of the period at the end of this sentence. The most valuable naturally-occurring substance in 2004 was the frozen semen of Storm Cat, a thoroughbred stallion whose ejecta was valued at 500,000 dollars per milliliter.
Caveat: In 2006 Storm Cat took the lead when scientists developed a method to produce antimatter much more cheaply.

Fly Me to the Smoldering Crater
The form of transportation with the highest mortality rate is ultralight aircraft. If every adult in the United States flew ultralight helicopters and airplanes to work every day then 6.3 million people would be killed each year in ultralight accidents. That's not even accounting for the incalculable dangers of clouds of commuter ultralights trying to navigate dense urban environments.
Caveat: Dangers from modes of transportation are often very geographically specific. If this is taken into account then the most dangerous mode of transportation, possibly of all time, is riding four wheeler ATVs in Merapi, Indonesia. In 2002 four wheeler owners managed a whopping 85% mortality rate for the year, potentially due to a catastrophic volcanic eruption that killed over 5,000 people attempting to flee.

Welcome to Hell
The largest subterranean cavern is believed to be the Pacific Cavity. Located almost two miles beneath the surface of the Pacific, this cavern system was detected by ground penetrating radar in 2000 and covers at least 48 square miles. Some scientists believe it was formed as an immense methane pocket vented into the ocean and that much of it remains dry.
Caveat: There is a 100% chance that whatever is living inside the Pacific Cavity is scary as shit.

It's like a magical dust of doom.Possible Inhabitant of Hell
The Burgess Shale, discovered in 1909 in Yoho National Park, represents the largest and most diverse collection of fossils not previously known to science. Among the many oddities discovered in the more than 500 million year old shale are five-eyed monsters with clawed trunks and creatures that look like ancient worms but are actually our oldest ancestors. Most terrifying and strange of all the fossils found at the shale is "The Wise Hydra," an invertebrate that scientists believe was almost entirely composed of primitive nerve tissue wrapped in muscle. Think of a brain in a form-fitting helmet and then stick on approximately 80 tentacle-like stalks that end in claws, primitive eyes and feeding tubes. Then imagine that scuttling under your bed when you turn on the light.
Caveat: This monster brain was, thankfully, about the size of a blueberry and became extinct over half of a billion years ago. Unless, the Pacific Cavity…oh God…

This is the End
Astronomers have tracked 897 Kuiper Belt Objects and Oort Cloud Bodies that have orbits that bring them within 1,000,000 kilometers of the earth and are of a size capable of destroying civilization on our planet. Scientists have identified and tracked a total of approximately 36,000 KB and OC objects large enough to cause catastrophic damage to the earth's inhabitants, but most do not come near the earth.
Caveat: The good news is that of those 897 objects, only six are rated as "high risk" and the first of those to threaten our planet will be KBN-54664 in 2076 AD. The bad news? It is estimated that there are well over a billion unidentified objects of significant size in the Kuiper Belt and Oort Cloud, any one of which could be the silver bullet that takes out this werewolf we call earth. 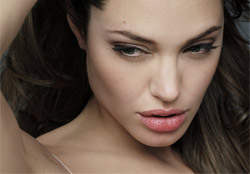 If you learn one thing from this article I hope it's this: Al Gore needs to run for president and he needs to grow his scruffy fat dude beard back. America is in danger. We are in troubled times and we have poor leadership. We need a powerful beard to guide us through these treacherous waters. We need a beard that would make Lincoln shiver. We need a beard to make Castro quake in his boots.

Al Gore's beard, be our next president.