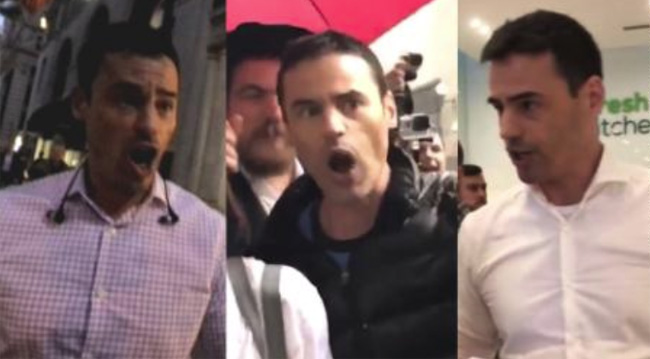 I would be the first to admit that Rahowacat69, AKA Julian Spencer, is a racist and that the video of him in line at the pretzel store threatening to put a Latino child in a dog crate and drop him off at ICE was disgusting. It doesn't matter if the Latino child bought the last pretzel or not, there is no justification for such bigotry, especially directed at a child.

There is no excusing him throwing napkins in the child's face when he heard the boy's pronunciation of "jalapeno." No good explanation for him to scream, "You little mongrel, it is called a spicy hot pepper. Don't use your foreign words in America!"

However, the punishment for Julian Spencer does not fit his crime. Just because a man has been caught on video threatening to put a Latino child in a "Hefty coffin" to "drop his dead ass in the river" does not mean he should be kicked out of his law firm. The mob has gathered, demanding total PC behavior as if we no longer live in a free country any more.

My parents brought me to America from a totalitarian country and I feel much of the same vibe here now when I see the social media mobs forming over every little infraction. It's like the USSR all over again, where no one was allowed to be a lawyer if they threatened to dump Latino children into a river. 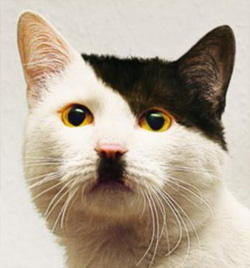 Do I condone what Julian Spencer screamed at that little boy at the pretzel stand? No, of course not, but I will condone to the death his right to say it. Here in America we have a proud tradition of being able to scream whatever we want at little Latino children without consequence. So calling the police and telling them that the eight-year-old Latino boy in line ahead of you at a pretzel stand threatened you with a gun is now worthy of mob justice? Do people even care how long it took Rahowacat69 to build up almost 600 followers on Twitter?

Technically he can still post on Twitter, but the threat is there that Twitter might take action because of all the complaints, and his videos where he discusses "Racial Reality Science" have been revenue limited on Youtube. In this Totalitarian American dystopia I guess whenever somebody does something the mob doesn't like the mob can punish the people who step out of line. Is it right that a man lose his license as a lawyer just for spending every moment of his free time harassing and insulting "Lesser Races?"

No, it's not right. If he breaks a law, fine, throw the book at him, but these extra-judicial mob justice actions only empower the worst elements of society.

Now the man with the Hitler cat avatar (it's ironic!) has been sentenced by the court of public opinion to not have a job.

Thank you, mob, for proving my point. This country is out of control.