THE NEWS MAGAZINE OF THE COMPUTER SCREEN, VOL. 6 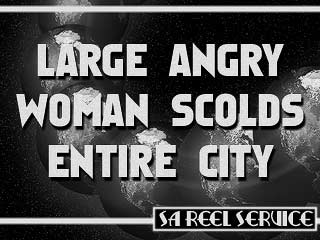 Residents of Macon, Georgia are enduring their worst nightmare! The vile hands of fate have wrapped themselves around the necks of ordinary Macon men, signaling the dawn of a horrific age of despair and darkness hitherto unseen and unimagined by honest souls! A large, shrill, angry woman has gotten herself elected mayor, and will stop at nothing to drive the men of Macon up the wall with an endless barrage of nagging!

"This town has been sitting in front of the TV watching football for too long," yelled the gorgon as she issued each citizen a broom and sent them out to clean up the city, which is hardly even dirty!

Like a roaring and mighty tempest, this virago screams and hollers at any man in sight! "Do this," the giant woman demands! "Do that," she insists! Frustrated and resigned, the men have no choice but to comply with her endless list of orders, the vast multitude of which could wait until a later time!

The men are emasculated and battered, unable to stand up to this powerful ogress, who is already committing untold city resources to foolhardy projects that aren't even necessary!

"She yelled at me to help build a park for the kids. We've already got parks in this town, we don't need more!" cried one man with a sore back, who would much rather be at home drinking a beer and watching the game!

The men obey the brutish battle-ax, lest they be subjected to anymore of her angry yells and demands, which are so shrill and vexing that they drive men to wish for deafness, if not the cold embrace of Death itself!

"I just want to relax and unwind," proclaimed one male citizen, who whimpered like a starving beast that we protect his anonymity from that domineering termagant of a mayor!

In the week since Her Honor gained power through the peaceful but flawed democratic process, Macon's hospitals have been overwhelmed with cases of baldness!

"The men are losing or pulling out their hair!" yelled Dr. Arnold Glycerin, who is already secretly looking for work in neighboring towns. "That is how bad she is with her nagging!"

Looks like Macon, Georgia is in for a rough four years! 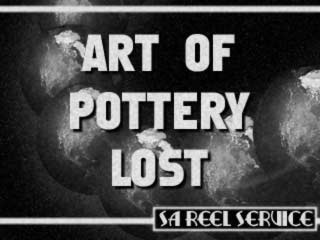 In our haste to advance the frontiers of science and technology ever further, we may have carelessly let one of the most important fundamentals disappear from our grasp! It appears human beings have forgotten everything there is to know about pottery!

Just how did this disastrous blunder occur and what are its certain-to-be-dire consequences?

Leading scientist Able Shortlegs thinks he has the answers! "Imagine a great technology tree. We have just lost one of its important roots. The repercussions may be felt up the entire tree, in every single branch!"

Others see a less catastrophic outcome. "Pottery ain't done no man no lick of good," chimed one country bumpkin, who stood on a corner arguing with a man over the price of a bag of salt!

"Our ancestors spent a great many resources and years practicing the art of pottery," notes famous intellectual Hugo Wilhelm. "Now we have forgotten their sacrifice. How long until we lose our hold of masonry, or, God forbid, horseback riding?"

Ever since we learned the art of pottery from an ancient scroll discovered in a hut, America has led the way in pushing for new technology, science, and understanding! But now, with pottery no longer at our disposal, can we realistically claim to be the leader? And just who is to blame for this grave mistake?

"I spent so much time pointing lasers at mirrors that I simply forgot everything there is to know about pottery," confessed Professor Thomas Magillicutty, who was promptly tarred in feathered by an angry mob!

For now America is at a crossroads, unable to make any new pots. The pots we still have remain as haunting relics of our own arrogance and foolishness, leering at us from shelves and cabinets, beckoning us to smash them for tormenting us so cruelly! 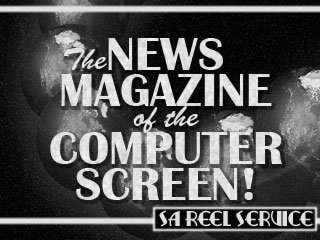