Next up, this dude: 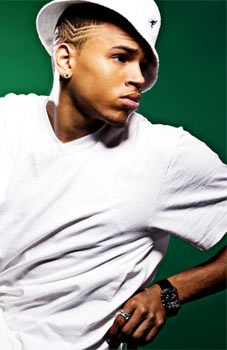 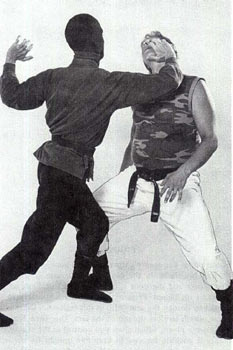 That's Chris Brown. He's a musician you might have heard of. Recently on his way to some awards in his Lamborghini he got in a fight. He beat up his wife who looks like a baby with a giant forehead. He beat the crap out of her and pictures of her all beat up were on the news. That reminds me of a joke I'm fond of. What do you call a woman with two black eyes? Give up? An excuse for vengeance.

Vengeance which I will serve up hot to Mr. Brown courtesy of ninjitsu. I will administer the Tiger Claw Fist. By forming left and right hands into claw fists you brutalize your opponent's face with double swipes down their cheeks. The trick to the Tiger Claw Fist is the motion of your hip as I will swivel and lash out with first left and then right claw fists. Chris Brown will be caught unaware, distracted by a carefully planned distraction. Perhaps a girl with a face that has not been punched. Or a Lamborghini. My claw fists will dig into the soft flesh of his cheeks and rip roaring bloody furrows as I cry fury at him. He will be terrified by my primal power and collapse to his knees.

Never again is what I will say to him as he cries and asks me why I have done this thing to him. Women must be protected not harmed I will say and then roundhouse him unconscious.