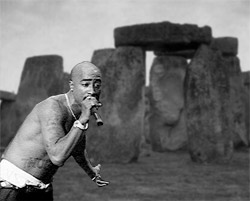 29 all a nigga wanna do is get cake, opens fridge

30 a busta dies and comes back; as a vampire? - sick ending

31 Fog or smoke - the dankest weed, the word "feel me" emanates from within

37 a nigga finds cursed mic in alley, can only freestyle in forgotten pre-human tongue 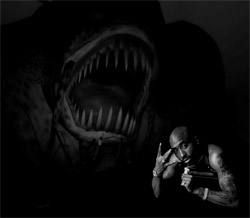 46 weed smoke emanating from a big black cock, as though it has just been fired

47 a boat with 24" rims - the boat has a trap door that leads to the hard rock cafe in london. terrifying.

49 A nigga would like to make known his desires - to party, fuck bitches, and make money - but ain't sure how

51 a nigga enjoy some lean - able to see beyond angle of reality? elder ones? that some fuckin powerful drank

52 Sneaky nigga go round shakin peoples dogs while they sleepin. Owners wake to find their dogs overcome by Heebie Jeebies

53 a gunshot wound appears on a niggas hand suddenly and without apparent cause. hoes. blunts. Consequences.

54 Nigga slings drugs to child, when he realizes it is the ghost of his unborn son. Nigga child produces cosmic and horrible amounts of flow.

56 death row nigga eats last meal off first press lp of strictly business. summons ancient beats from the ocean floor. total chaos. no mass confusion. rhymes so hypnotizing as to cause an illusion.