The Wide World of TV 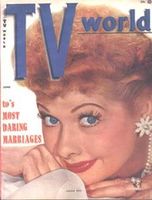 Some of you may watch The Office. Some of you may really like The Office. Some of you may have giant rasterbations of Pam on the ceiling above your bed, and practice what you would say to her if only you could meet her and she wasn't an entirely fictional character. All of these are just fine, and it's ok to continue this behavior. However I am required by law to point out that I'm not saying this as any sort of psychologist or psychiatrist and instead as a person who requires other people to do dumb, embarrassing things in order to do my job.

In any case, I have found that there are some people who do not realize that the American show "The Office" is based on a UK show called "The Office". While many people would argue the merits of the copy versus the original, I think they miss the point. The point is that both of them are better than the French Version, and that neither of them can ever hope to be as good as the German Version, which is the best version. That is until the Quebec Version bursts onto the scene soon.

"Wow," you're saying. "That's a lot of versions of the same show." And you are very right. But what you see here is but the first meager step in a coming flood of international television adaptations. The Office was only the beginning, and as a special preview exclusive to SomethingAwful.com, I'd like to take a look at some of these recent additions to the world TV scene.

Inspector Chattopadya is 5 feet and 7 inches of luxuriously tended mustache and carefully wrapped colorful turban, but the Famous Bombay Sing-Song Inspector is about to have the worst day of his life. Terrorists, the Ominous Red Hat Gang of the North, have stolen his wife and daughter, and he now has 24 hours to put on a most impressive show for the Sultan. Ha! Ha!

The Sing-Song Inspector: Chloe! I must do unauthorized dance! No time to explain!

In eight hours, terrorists are going to push the ocean into LA, killing everyone south of Santa Barbara. But Canada don't care. Canada fucking chilling during all this shit because ain't no one ever targeted Canada. Hell yeah. Canada will live forever.

John Briar: Looks like those Americans are having a bit of trouble down there.

Todd Almeria: Mmm…looks like. Hey, who brought these donuts? They're pretty good.

Jerry 3434 is a high impact space specialist used to hot situations, which is good because he's about to be sent to a very hot situation, which is Mercury, which is the closest planet to the sun, it's hot. Because a solar day on the planet is equivalent to 176 Earth days, this show has become notable for shutting down the entire television industry when it is in production, as every single possible writer is hired to fill in the tremendous amount of real time they have to cover. It is estimated that if the Wikipedia article on its plot was printed out and laid end to end, then all the paper would just blow everywhere because there is no way they'd get enough people to hold all that down just to lay some internet article end to end.

Filmed using every single professional actor on the small South Pacific island of Palau, this show follows two men as they discover a plane has crashed on the nearby beach which is soon swarming with confused white people shouting in the jungle and having intrusive flashbacks at all hours of the day. So they do what anyone would do in the situation: fuck with them using a complicated series of props and projectors.

Best moment of the season so far:

Fred: Hahaha, sweet! Quick, I'll get the smoke machine. Assholes think it's some kind of monster or something.

Dan: God, they are the dumbest people.

Mikal Shamir is the latest hot guy star to hit the small screen in the great country of Saudi Arabia. Convinced his brother is not guilty of the murder he is accused of, he hatches a plan to be placed in the same government prison in order to break them both out. Unfortunately, justice is a little swifter in Saudi Arabia than he expected and the opening episode ends with both of them dead and buried in unmarked graves, leaving many viewers wondering if it managed to have an even more short lived concept than the show it was based on.

Best Moment of the Season So Far

Mikal: I've come to get you out of here. I have the entire map of the prison tattooed on my body and I've made contingency plans for everything.

Lablab: Ok, they execute us in five minutes.

This is pretty much how The Simpsons looks in all other countries.

Thank you for reading our preview. If you enjoyed this article, look for its international versions soon! The Swedish one is my favorite. It's just like this article, only in Swedish and with a few topical jokes about the Swedish king. Don't miss it!