That Party Last Friday Was Wild as Hell 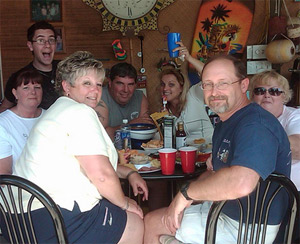 It was Bill’s birthday, so he decided to have a party. Kyle called and asked if I was down and I was like, “You know I am down if it means drinking beers.” And Kyle was like, “Fuck yeah dude, although Bill likes white wine more than beer, so you might want to bring some yourself.” And I was like, “I hear ya, I will get a sixer of Goose Island.”

Kyle was like, “Renee is gonna be there, better make it a twelve pack!”

Oh man, so around 4 PM on Friday me and my girl pull up out there and I am like totally rubbing on her upper arm, but I don’t want to bust out with anything too intimate before the party, so we head inside. Bill’s mom is there and she fucking whips out some geodes she has been polishing the fuck out of in her rock polisher back home. She brings them every time she comes to Bill’s. She asks me if I want some rocks and I am like, “I need a drink on the rocks, Pam” and she busts out laughing with that honk laugh of hers.

So I put the Goose Island in the fridge and Bill is in the kitchen with his daughter Chrissy and she is fucking wild. She is fucking out there. She has colored all her fingernails different colors with a marker and Bill is drawing some fucking INSANE cat whiskers on her face. I am like, “Whoa is that Rum Tum Tugger?” and Bill busts out laughing. 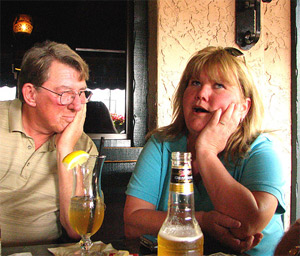 Well the party gets hopping. Denny and C-dog show up. Lazy Paul shows up. Total sausage festival until Bill’s mom comes back from getting ice with her sister Louanne and her daughter Jenna. Then Bill’s girlfriend Lisa comes home from work and it is fucking on. It is getting wild up in there.

I was playing Guitar Hero with Chrissy and on my second beer. I am like, “Yo you ride some fucking bikes?” And then Bill hears that and he is like, “Bro, I just got a new bike,” so we bounce from that shit and go free roaming. Do two 360s on the block with some bicycles. It was unbelievable. Bill started to cramp up so we headed back, but I was down for like two or three more trips around the block, easy.

When we got back my girl was like, “I bet you can’t catch this pretzel in your mouth” and I was like “fucking come on then” and I open up and she throws it but blasted my CHEEK. And then, you will not believe this, the fucking thing bounced all the way up and hit the beam on the porch, and then bounced back down and hit my forehead. I wish there was slowmo footage of that shit. It was nuts.

Then after that we had another beer and Lisa drew wicked charcoal sketches of everybody. Then Pam and her sister had to go, but things only got crazier from there. By then it was like 8:30 and Chrissy was supposed to go to bed, but Bill was like, “Fuck that” and told her she could stay up and watch Flapjack. 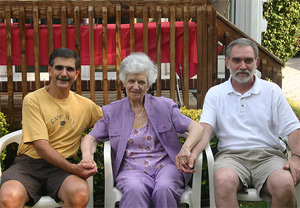 Then Kyle wanted to watch a movie and he had brought over Wanted, but Bill didn’t want Chrissy watching that, so I totally volunteered to drive over to Family Video and get some party favors. Picked up Night at the Museum and, get this, Standard Operating Procedure. I was like, “Hell yes, gonna rock the Errol Morris documentary up in this bitch.”

So we watch Night at the Museum until Chrissy falls asleep and then we watched that shit about Abu Ghraib while playing the Totally 80s version of Trivial Pursuit and drinking Sangria. I was so fucked up at that point. I was getting questions wrong about Reagan’s Secretary of State and I totally fucking forgot which year Diet Coke was introduced.

But that isn’t even the end of it. Because then I was getting up to drain the lizard and I see Pam has left her book next to the toilet. And it’s The Stranger by Camus and I was like, “What the fuck, I read this shit in high school, why is this one so big?” Believe me when I say that shit was like 700 pages long or some shit. It was UNREAL.

I came out and I was like, “Bill, what the shit is up with this crazy book?” And he was like, “Oh my mom has got all fucked up on macular degeneration so she has to buy large print editions of books.” I opened that shit up and I could hardly believe it the words were like size 50 font or something I was like HOLLLLLLY SHIT. 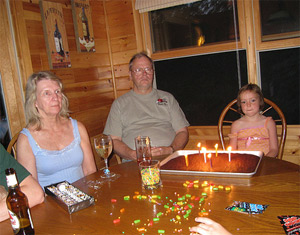 After about half another glass of Sangria Kyle said we should all pretend to have macular degeneration and get library cards and check out all the large print editions of books. See if they have crazy stuff too, like Sarah Vowell books or some shit. Kyle was all, “I bet they don’t” and I was like, “How much, dude? I bet they do.”

And I was serious and ready to fucking throw money down there on that shit. But Bill sensed the tension and had looked up the library hours on the website and it had closed like an hour earlier. Then I do not even remember how, but we started talking about This American Life and I said they should do a piece on how libraries get books back from dead people. Like do they go to their house to collect the book back when they know a dead dude has their book? Or maybe they just mark them as lost and never recover them.

C-dog was saying something about his brother who works in Calabasas as one of those lawyers who handles wills, but then he got a call and he had to take it outside because it was his ex-wife. That was pretty much it. I had drank like almost about three Goose Islands and half a glass of Sangria and it was almost 10 o’clock already, so I needed to get the hell out of there.

Next week is going to be even crazier though. Denny said we should all come over and try out some game he got called Carcassone and then after that he downloaded a bootleg of Cremaster 5 off the Internet and he said it syncs up perfectly with Arcade Fire’s Neon Bible if you turn off the sound. He’s going to try to get some weed.