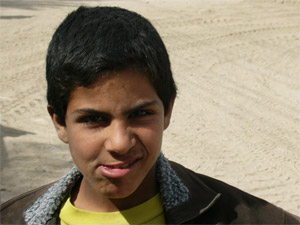 (._.) so long since I have had a chance to get near the computer. Danjinshi hasn't been around anymore I think he moved when the Americans left town.

Mams was telling me there was an apache overhead last night but I still cant hear LOL. (T_T) Doc said that'll go away and one more surgery on my leg and a little bit of healing on my remainder and I can get fitted up for my prosthesis. Not that I need it. LOL I am soooooo lazy I just like to putter around in my chair.

Some Christian charity from USA sent one that's electric, but the charger doesnt work with our outlets whoops lol. Its cool Danjinshi's brother Asev said he could use the timer computer thing on the chair for some project hes workin on. Hope it's a fansub of episode 8 of Zoku Natsume Yuujinchou LOL doubt it.

Anyway, Asev took the battery and computer and hooked up a boat motor to my chair. Cant drive it inside too much because of fumes but outside the dang thing goes like 30 kph. Already covered it with InuYasha stickers I got from otakuraq.net.

I look sooooo kawaii in my cat ears driving around sadr city. Even the militias laugh.

Been thinking a lot about philosophy since I have been laid up with this leg thing. Way too many energy drinks and too much free time. LOL can only watch the slap chop and that one where the guy with the beard sings and the koran floats in 3d in the background so many times before I start to go crazy. Plus the power goes out every day at three o clock which always takes my net until like 2 AM when it comes back on if it comes back on. I have to resume all my torrents manually it's soooooo annoying. (~_~)

So my theory is that what if the Matrix is right? Been watching this video on youtube about how there are certain symbols particularly in USA and UK that Matrix may be reality. That our reality is constructed to fool us and pacify us. I wonder if Sunni militia or Shiite militia are programs? LOL I bet they both are and secretly they are working together to have just the believable amount of content. 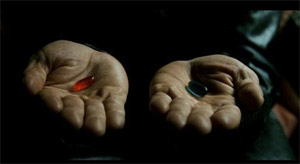 I ordered some Jean Baudrillard books about simulacra but Amazon.iq takes forever to ship to Sadr City. Don't know why...(c_c)

Been spending a lot of time reacquainting myself with all the shin tenchi muyo mangas I had from 8th grade. A lot of them have shrapnel damage from when the missile attack hit hassad's house, but you can still make out most of the text. I know, I know, tenchi is so old but sometimes when the Matrix is getting really crazy it's good to revisit the classics. LOL whats next, appleseed!?! (>_<)

Oh yeah and I got ops in #ultimateanime FINALLY. That's my translation group. We have a torrent site too but nobody seeds past like 30% on stuff on there and usually you're lucky if a torrent is still active after a week, plus it's all Americans asking why the subs aren't in English. 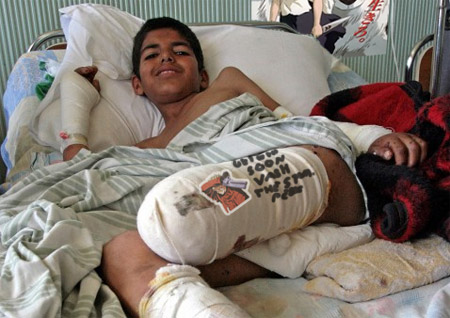 The upside of the chair is I got more time to practice my craft (LOL my starcraft) but without the power most of the time that's not much use after all. I can't even go to the tourney in Kirkuk in September cuz I got my surgery where they're going to reconstruct my tendons scheduled for like a week beforehand. It's stuff like missing out on starcon 09 that really drives me almost to take up arms against America.

I mean, I don't wish death to her obviously, since death is a concept beyond the concern of the simulacrum and there is only the illusion of choice between the American and Iraqi republics (red pill/blue pill). I'm no fedayeen (lol long live the fighters...not) but at least saddam didn't patronize you by pretending you had a choice. You could check the box next to saddam or you could check the box next to "cut off my fingers and thumbs and blindfold me and throw me off a roof."

LOL I was too young to vote anyway, but if I could have I would have voted the crap out of saddam. I have cooking mama 3 to play on my iraqi DS (emulator lol), thank you very much.

Anyway, got to roll, Asev wants to stash some stuff in my DVD libary. Looks like mortar rounds. I hope that apache wasnt watching on infrared when he- 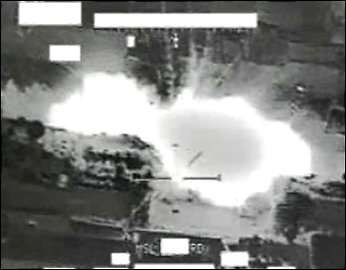