Items: An electric cattle prod to motivate your servants.
A gold-plated regurgitation stick to help you purge.

Ship upgrade: a vomitorium so your people can eat until they're full then throw up and do it again.

We should take an electro-artificial jaw extender so we can battle with the skill and majesty of our ancestors.

On personal weapons: What is the Caiman version of the Space Katana? Something really impractical but important to the proud Fatgator culture? That

it's been a while since i played this, but iirc the cloacaing device for the ship is one of the best items in the game.

I don't understand how you guys can consider a Caiman run without DONALD PLOVER on the crew, preferably as a valet. What are we gonna do if we get hit with a Tooth Decay effect without a tiny bird on hand to clean our teeth? 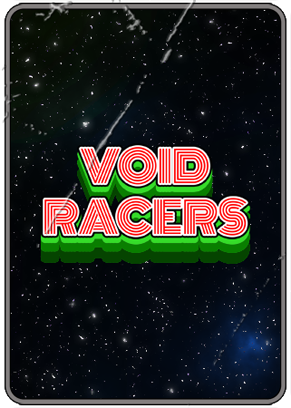 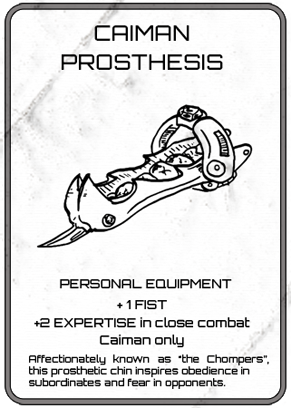 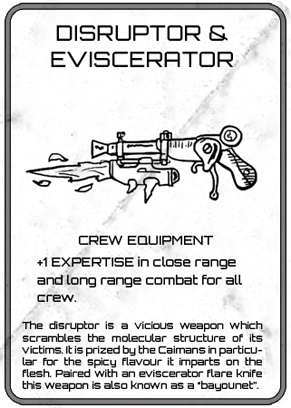 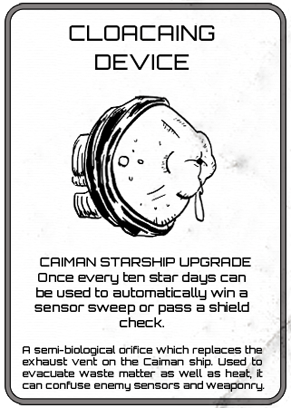 And here's the crew: 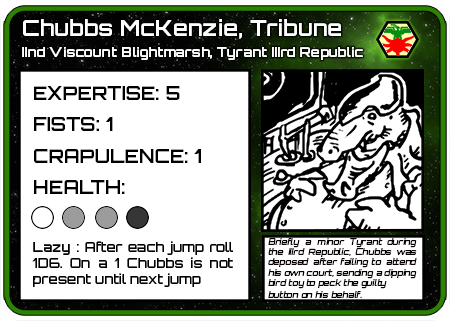 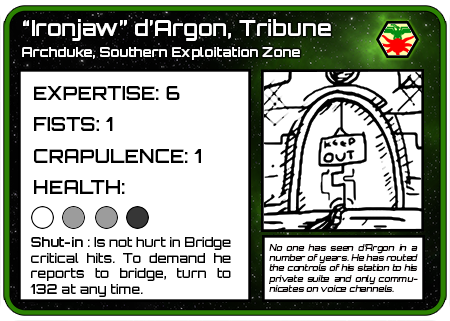 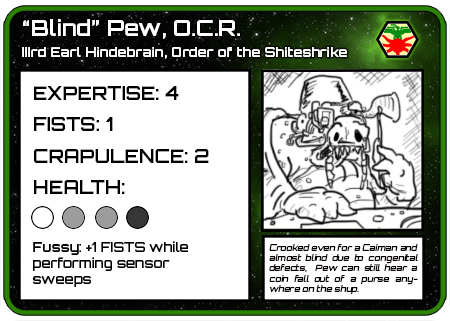 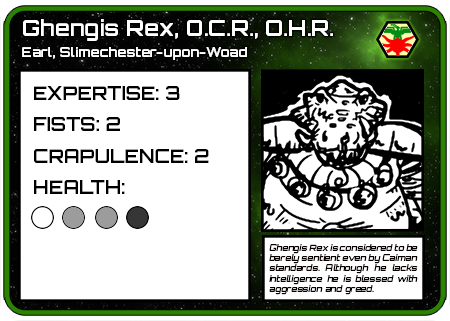 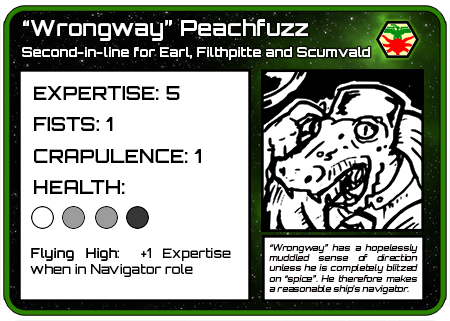 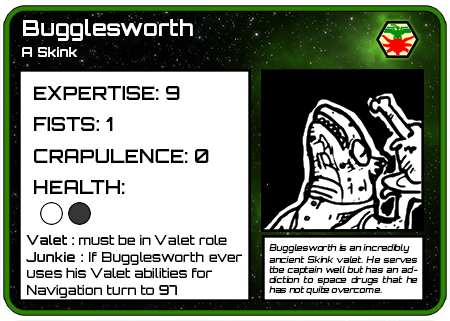 Every race has what's called a "Command Issue." Every so often, every character on the bridge contributes to this issue. Once it accumulates beyond the captain's leadership score, you have to check to see if the issue is triggered every time you make a star jump. For the Caimans, this score is called Crapulence, because the crocs are greedy, wasteful crooks. The score given for Crapulence on each card indicates how corrupt and awful each croc is. You can reduce this score by kicking the worst offenders off the bridge once they've accumulated some crapulence.

We now know about the captain, the ship and its crew. We're trying to drag this ship and its ungrateful crew across a large stretch of galaxy. Helpfully there's a game map printed in the book, we start at the bottom just right of center: 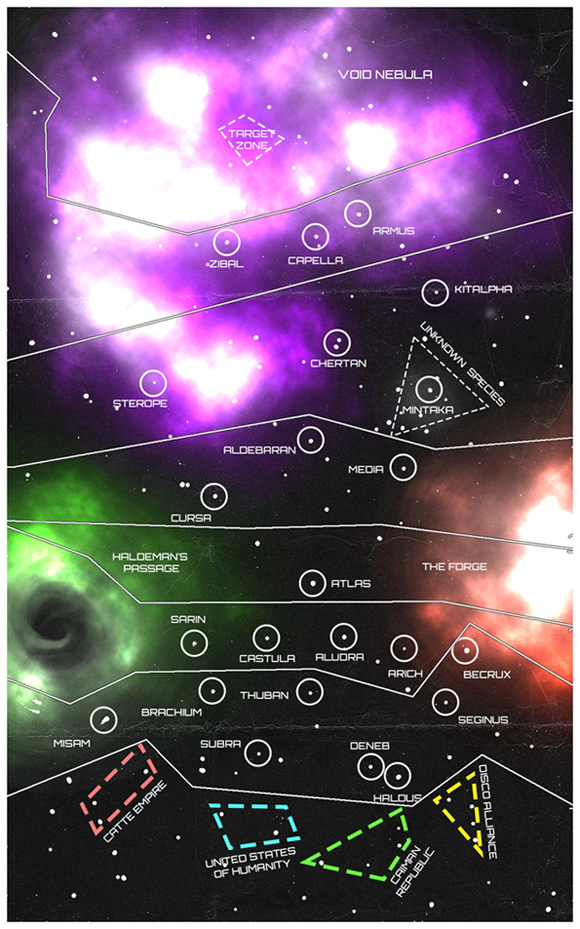