Land and take their children, to raise as soldiers who worship you as gods and gladly die in battle to go to "Crochalla." The non-children shall be taken as foodstock. Scan the planet for anything of value after you eat the president on live radio broadcast. 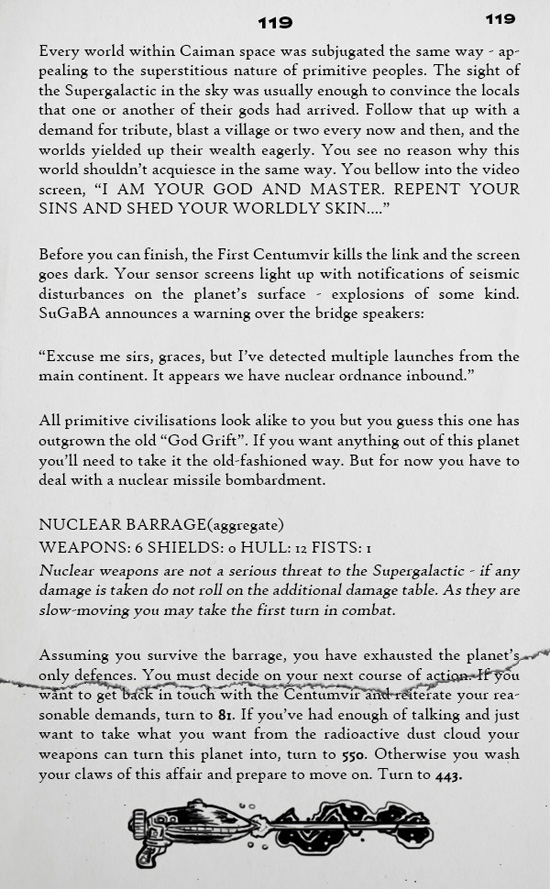 We decided to issue a few threats and get down to the planet to claim our prizes. This involves turning to 81: 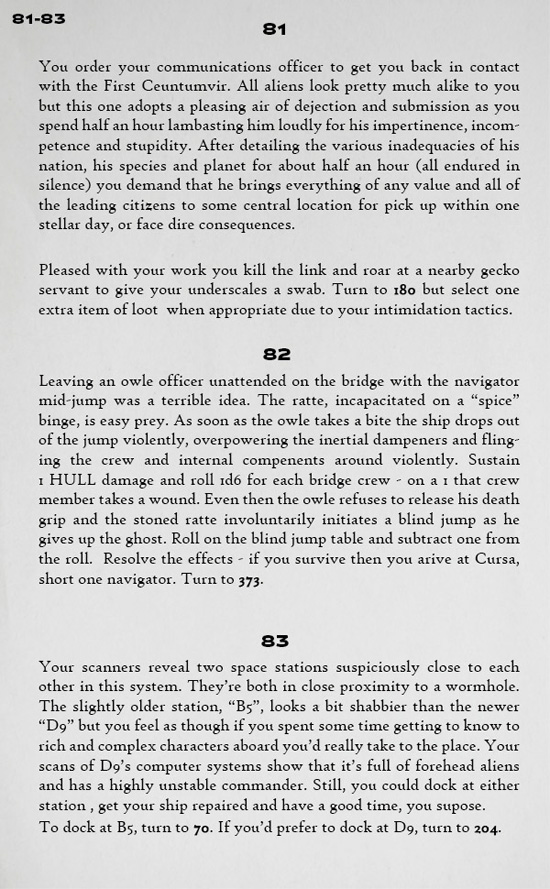 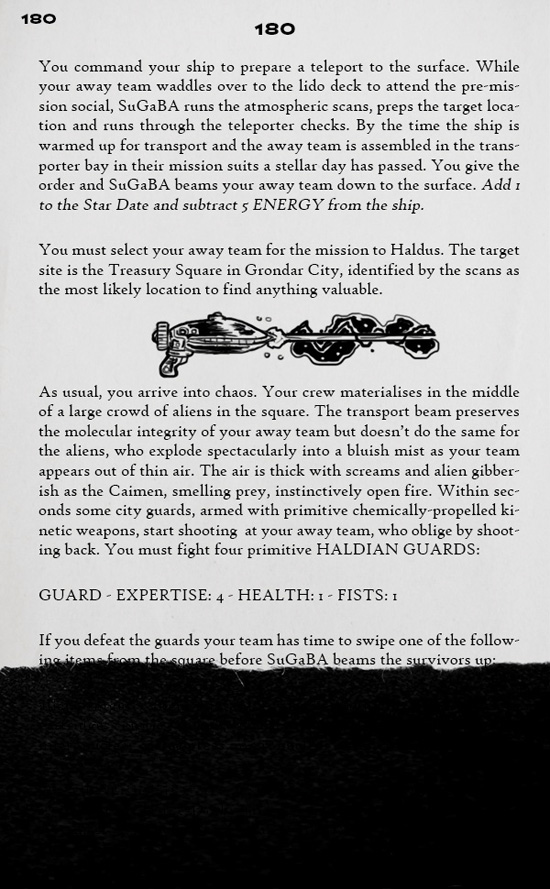 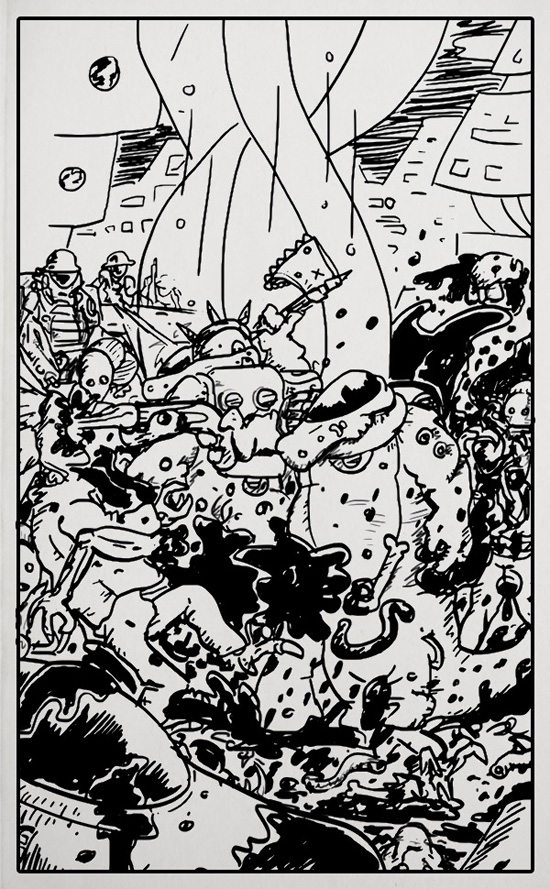 I propose we send down:
Ghengis Rex (for muscle)
Blind Pew (for his expertise in treasure hunting)
Chubbs McKenzie (so he doesn't blow up the planet accidentally during the mission)

and one Redshirt.Are Redshirts chosen randomly from the deck, or can we pick?

I vote we bring the Cap'n, two redshirts and that Crapulent Engineer.

After we're safe and we've got our loot, order the redshirts to shoot the engineer, then shoot each other.

Then beam the captain back to our ship, make up some story about the savages we encountered, and meson-beam the whole system to cover our tracks.

I figure the away team to be Ghengis Rex (the useless engineer), Chubbs McKenzie (the worthless gunner) and two redshirts. Since the book resolves the whole situation on one page, we know that no one's skills will be needed down there, so it doesn't matter much who we send (but if you want to be rid of Ghengis, we might get lucky). 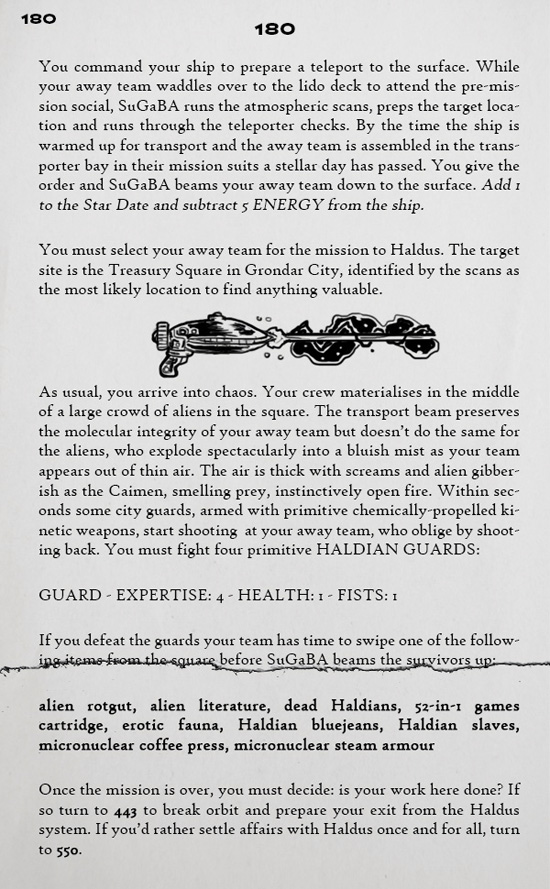 Chubbs and the captain take down their opponents, but Rex rolled equal to his opponent and both of them go down. The redshirt is killed by his opponent. This leaves two against one in our favour.

Rather than risk the captain, I put Chubbs up against the last guard, and the guard clowns him as well. The captain makes an unopposed attack and handily puts the guard down at last. The captain is left to gather the loot and we're all beamed up. Not only is combat brutal in this game but the crocs are really bad at it - a useful lesson.

We took two items - Haldian slaves and the coffee press. 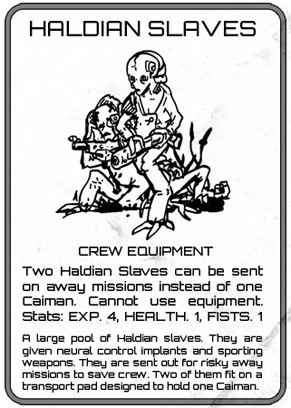 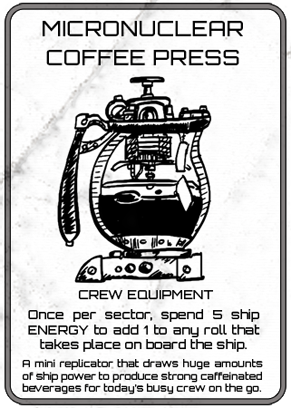 And here are your replacement crew members: 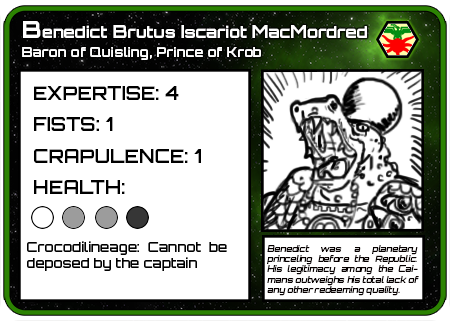 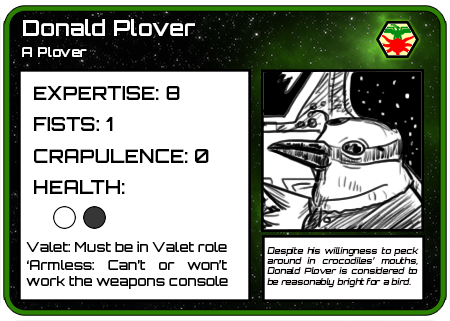 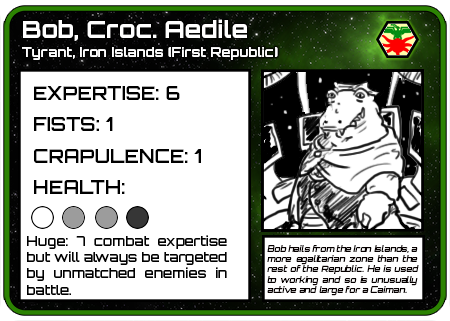 May their reigns be as long and glorious as their predecessors'.