Now, let's get revenge for poor old Chubbs and blast the planet. Turning to 550: 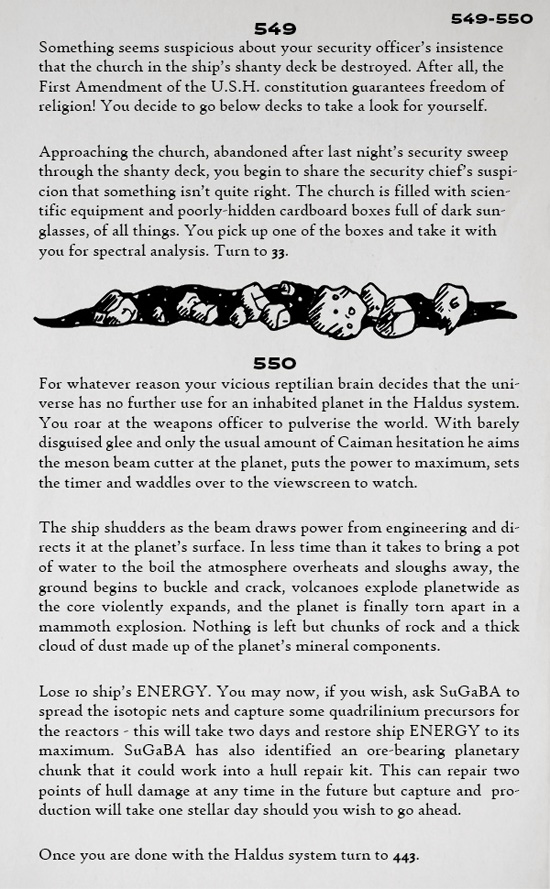 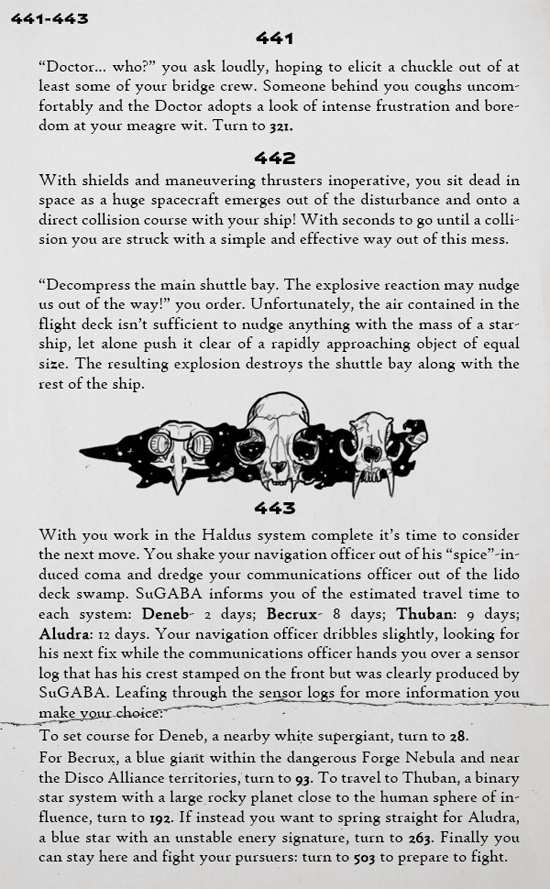 Which place do we want to go to next?

BECRUX. We should burn energy to get there faster in hopes of avoiding any Disco Alliance ships and finding the hidden shipyard before they do. If we run into any DA ships, we can use the CLOACAING DEVICE or have a DANCE-OFF for rights to travel through the system 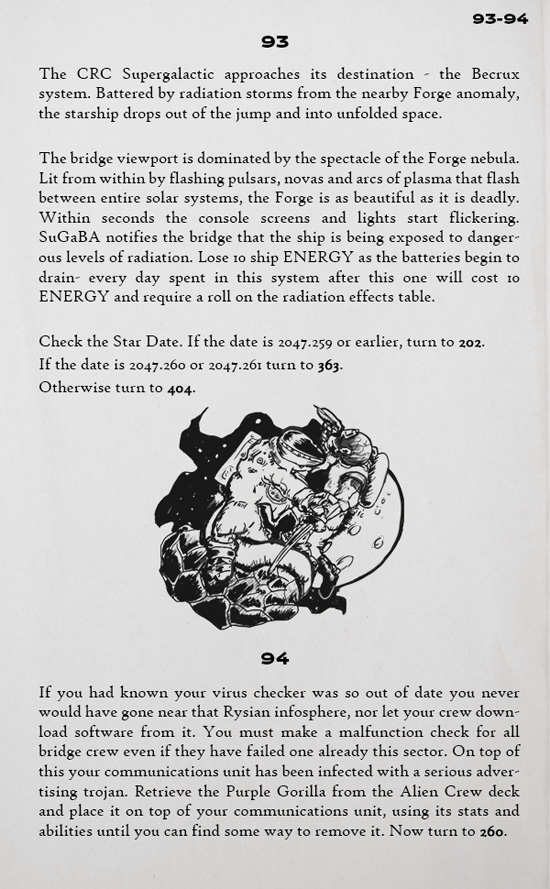 This is the first date check we've had, it commonly happens if you move into systems where another species is likely to be passing through. The date is 2047.261, so we turn to 363: 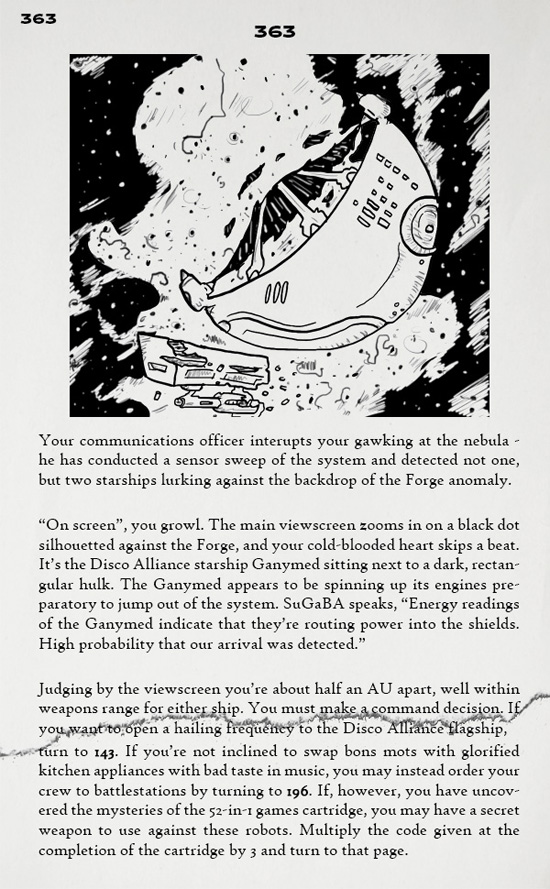 Fire then hail then fire again

initiate contact by blasting Saturday Night Fever at them

I'd be careful playing any music at them. They're pretty hardcore disco enthusiasts; picking the wrong song might be worse than not picking any. We don't want them to think we're posers.

If we hail them we should first come up with some good paradoxes to ask when they answer.

Hail them and invite them to a dance party. Send over some dancing slaves to entertain them and then fire all weapons.

We're going to try to hail them (143). If we want to treacherise them we have to be able to talk to them anyway: 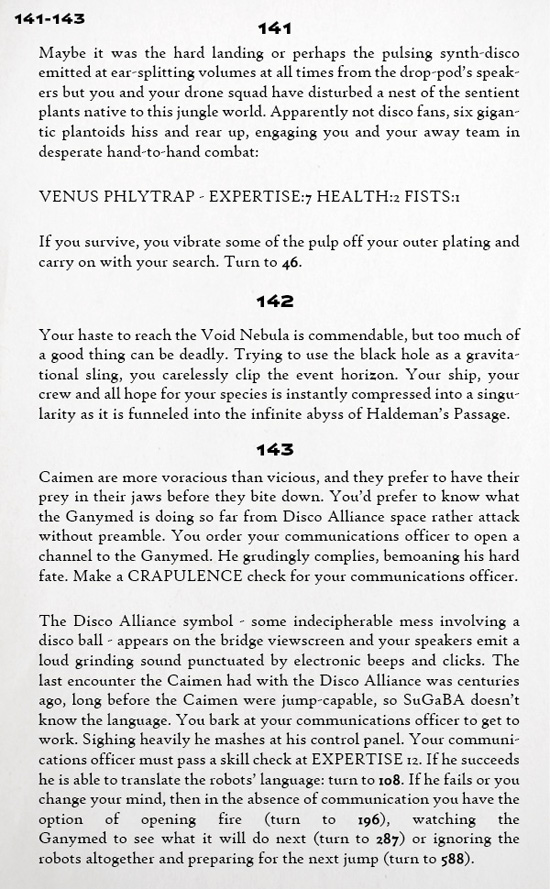 Of course there's a skill check, and it's a hard one. We use the Plover's valet ability. He passes the comms check easily (rolled 4, needing a 1), and he did it in such as to avoid being eaten by Blind Pew in the process (rolled 6, needing 2+). 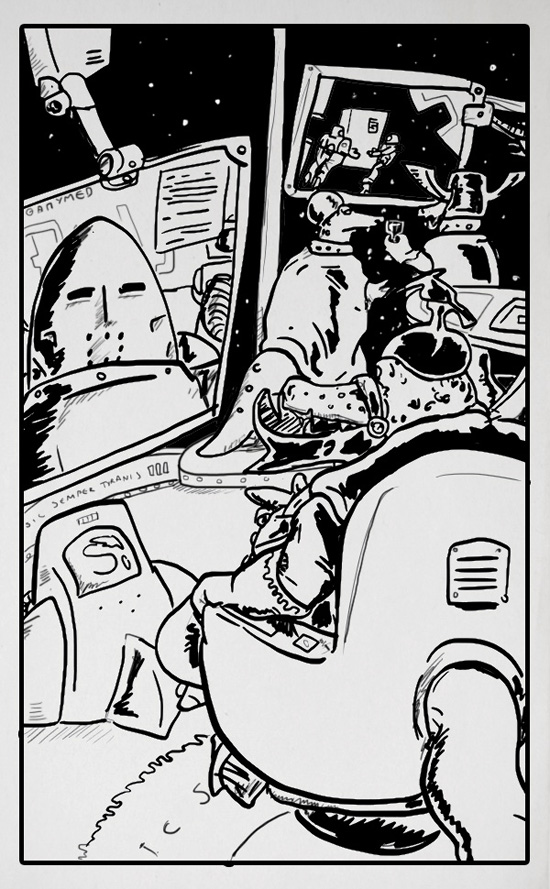 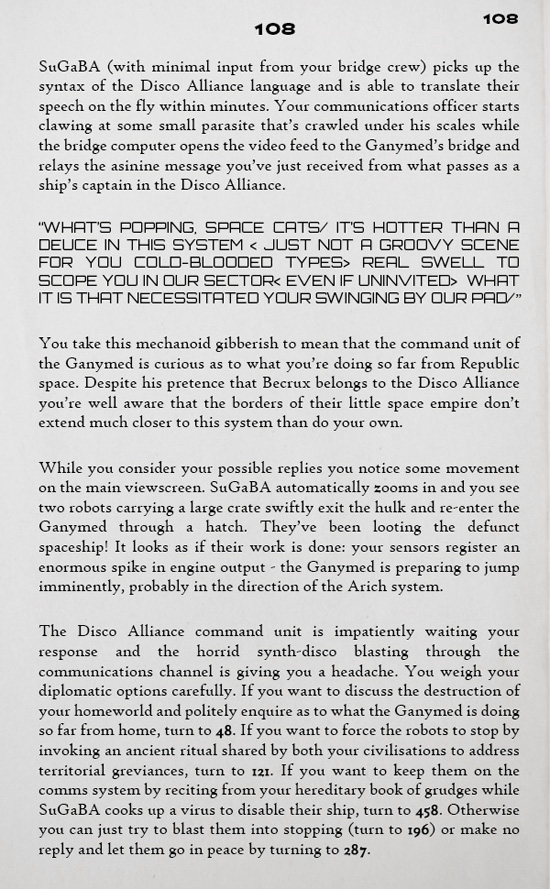 The ancient ritual is, of course, a dance off.

Here's some background on the Disco Alliance just so you know what we're up against: 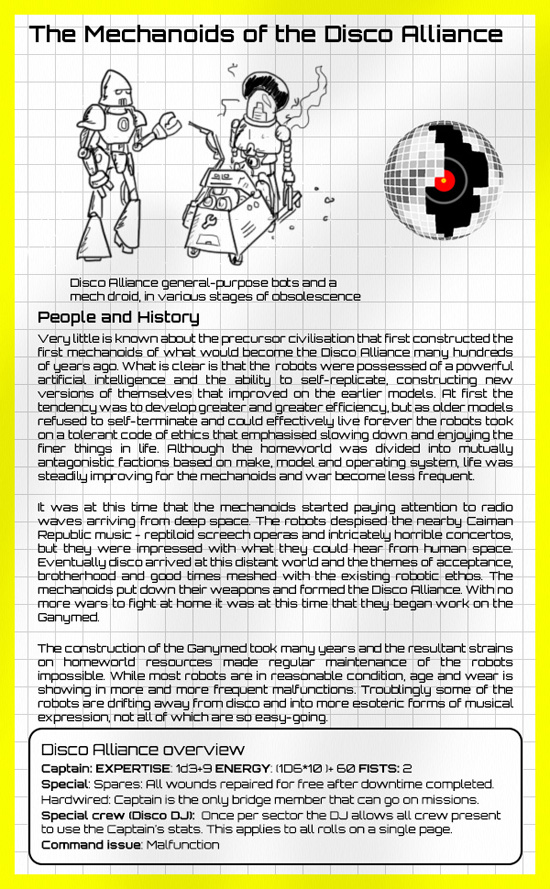 If SuGaBa can engineer an emo virus to make them turn all dark and depressed, then do that.

IIRC that's one of the possible outcomes, yeah, although it's more goth than emo due to the time period (the virus is called "the Cure")