We have a new toy: 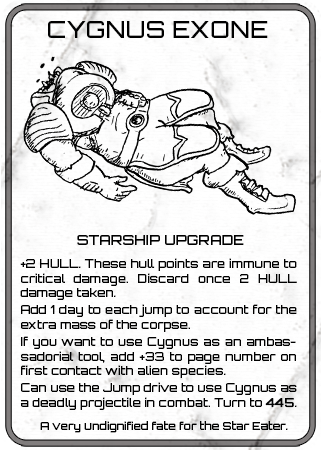 It's a pretty effective and gross weapon, but you can only use it once in a starship battle.

Anyway, what now? Obvious options are heading down to the planet or leaving the system, but perhaps you have another idea?

Test our new ship upgrade; use Cygnus's mighty fists to punch the planet below into rubble, then jump to the next system.

I don't care who you are when you jump in and suddenly a planet is hurling at you you're fucked.

i say we book it out of there

onwards to the next adventure~

A leisurely drive with our new rotting space giant is exactly what we need right now. Just relax and take in the sights and sounds of the universe. 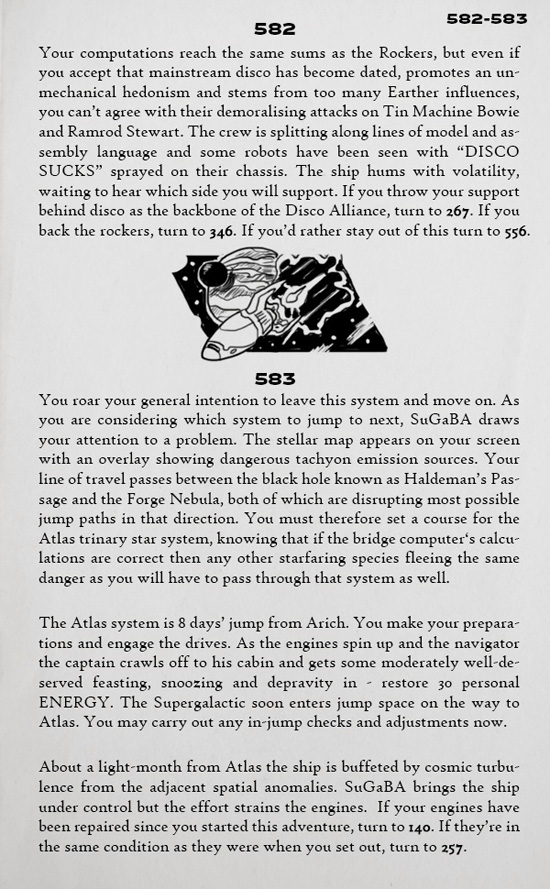 We completed those checks right at the start of the game. If we hadn't it would lead to a bullshit death right here.

The only check we need to do is a CRAPULENCE check. The captain has expertise 9 and 3 Fists, the ship's crapulence is 13. I roll a couple of twos and a three, thereby failing the CRAPULENCE test.

When this happens you have to turn to a particular page in the book for each race. For the Caimans this is 5: 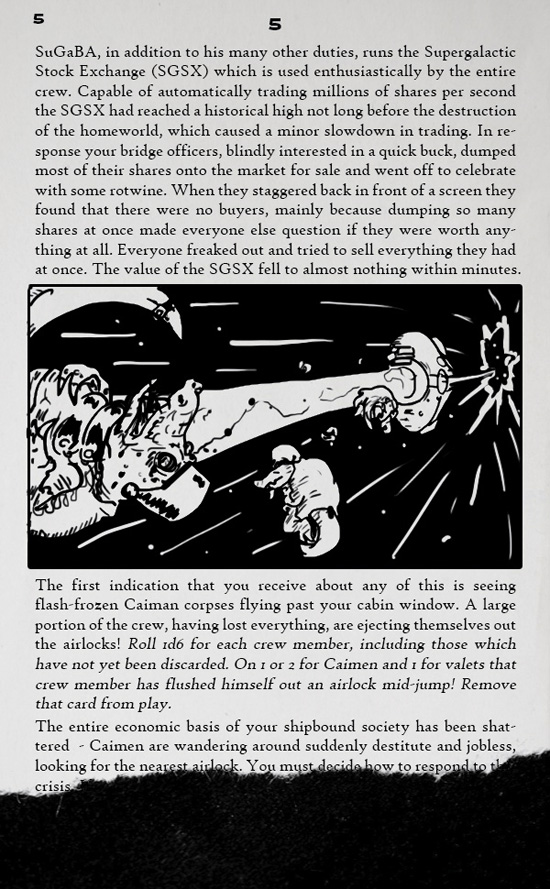 The greed and stupidity of the crew combined with the captain's laziness caused a huge stock market crash! This has the potential to be devastating but I rolled for every crew member we had left and only Blind Pew did the right thing died tragically. Now we have to decide how to respond to this economic catastrophe.

The best way out of a financial crisis is to lie about it. The Captain & SuGaBA cook up a report blaming the SGSX crash a latent Disco Alliance computer virus called "The Hustle." We claim the virus has been flushed, and we're restoring the index to pre-crash levels the moment everyone sobers up or gets out of sickbay! 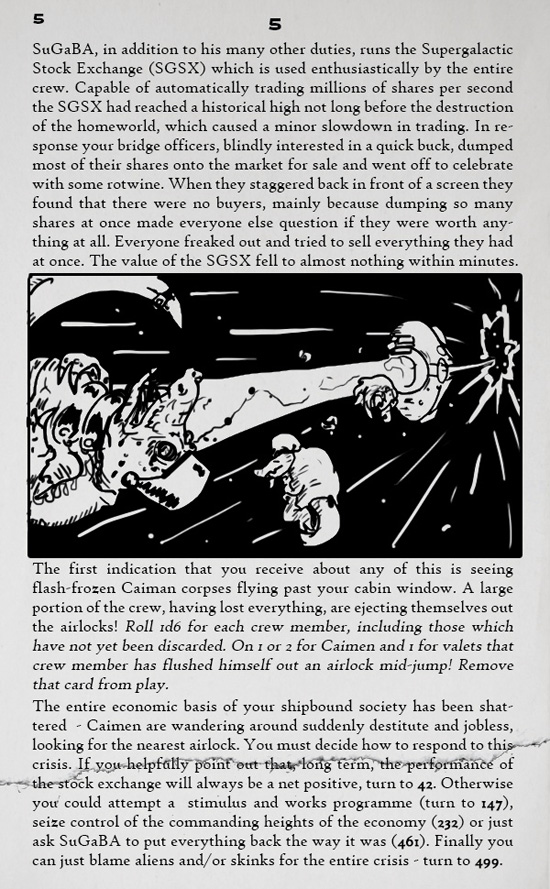 Each of these options does something different right now and has a larger effect later on. We went with the sensible option of "make the computer fix it": 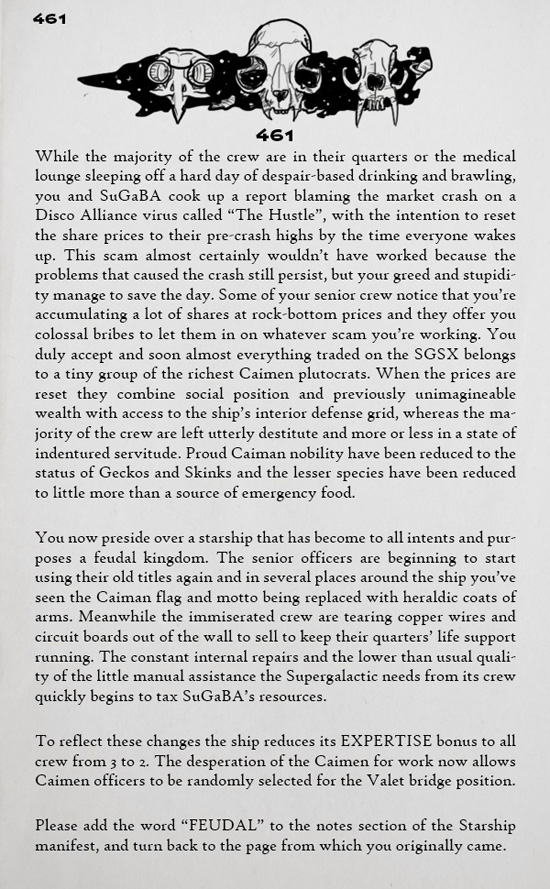 We made the ship a worse place to be for everyone except us and our immediate supporters!

Moving on, we are about to appear in the Atlas system: 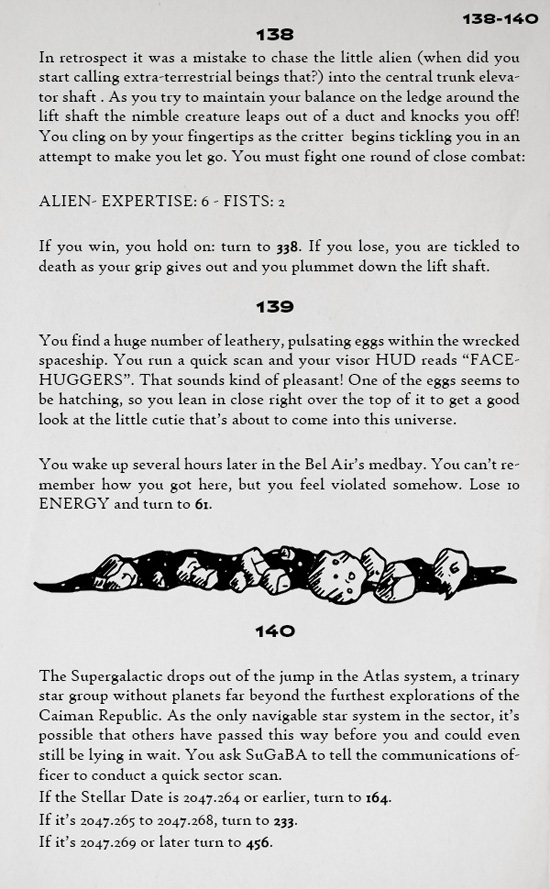 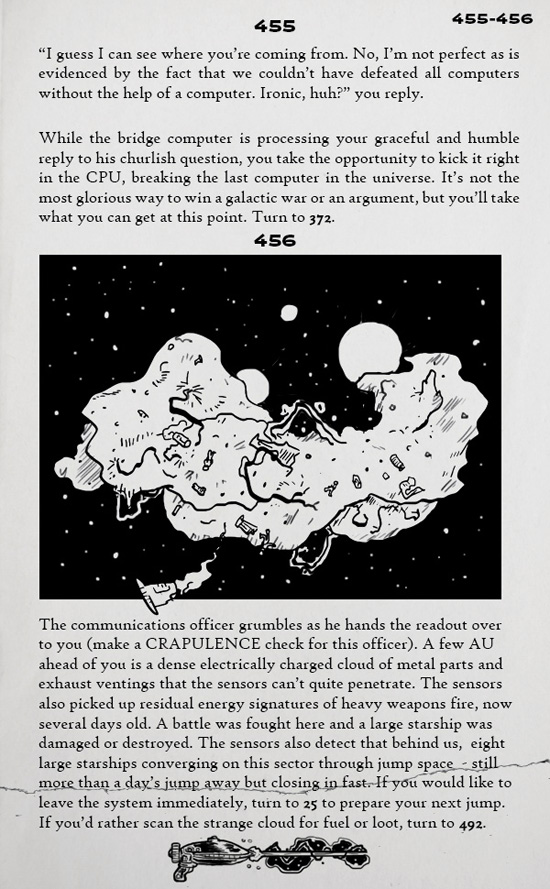 What's our next move?

book it to MEDIA. The other two are likely to have filthy paws and hands on them. So lets get our filthy claws on untouched spoils this time.

Yeah, sounds like this sector has been worked over by those asshole-licking cats and regular-thing-licking humans. If we can figure out what sort of battle took place here and get any info, do it quickly, but otherwise lets jet to the next system.

Reach into the debris cloud (don't fly into it though) and stuff our cosmonaut's pockets with random handfuls of metal and redshirt Popsicles to snack on later.

We probably need to replace some of the circuit boards and stuff from earlier, and who doesn't like a free space buffet?

We're going for for a closer look at that cloud and getting what we can out of it. 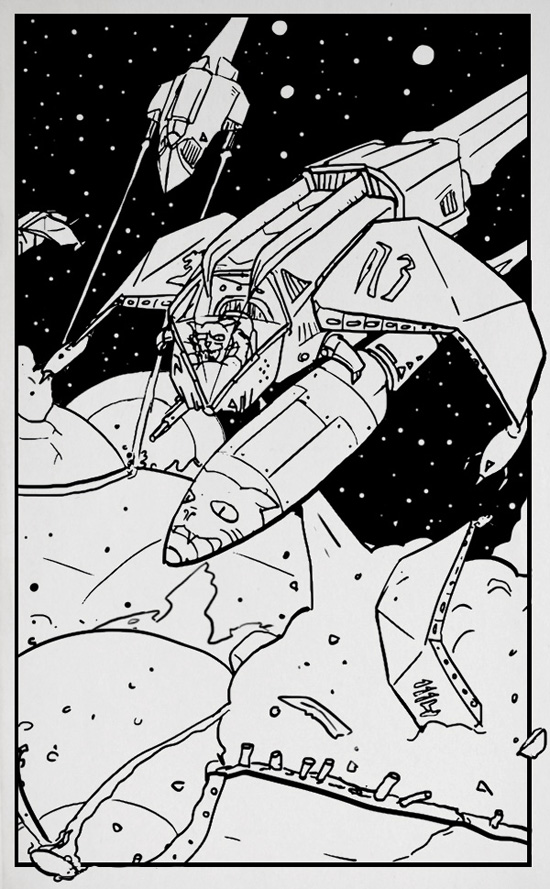 Thanks to Gilganixon for the gamebook, and to the SA Goons for guiding the action! The rest of Void Racers might eventually appear in this space, but for now it's still active, so follow the thread!