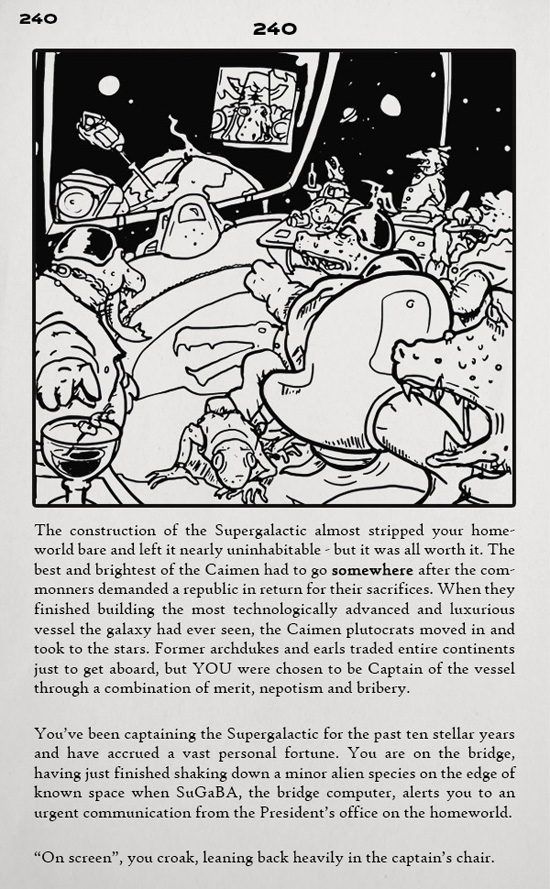 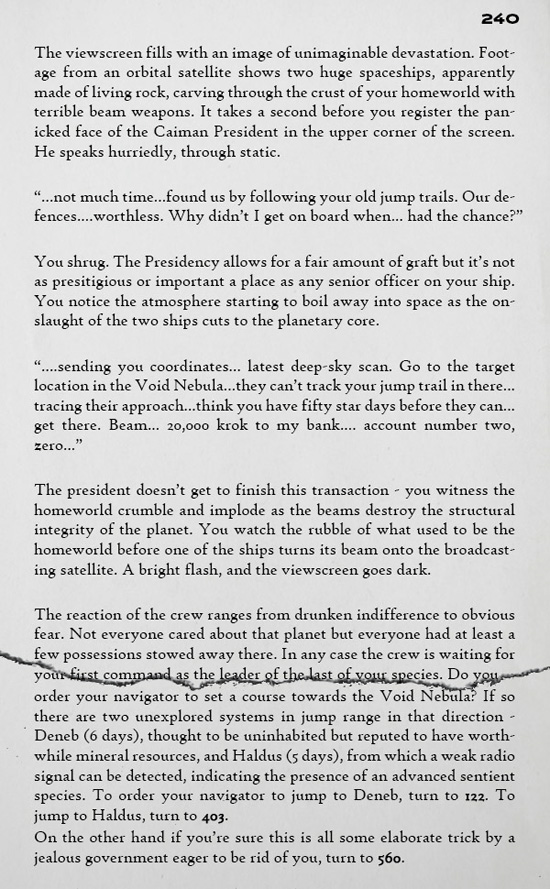 Hit the closest system and see if they've heard anything about the destruction of our planet, who might have done it, and what the three other empires are up to. Every once in a while these lesser planetary systems have some loot to be had - might even be able to pick up an item card or useful crew member looking to bail on the planet if we let them know about the pursuing armada that we might have accidentally led directly to their front door.

I suspect that Hadlus or whatever is a trap by the president cause he doesn't want us around. fuck him, lets go off and PARTAYYY!

Let's call the President's bluff and head back. 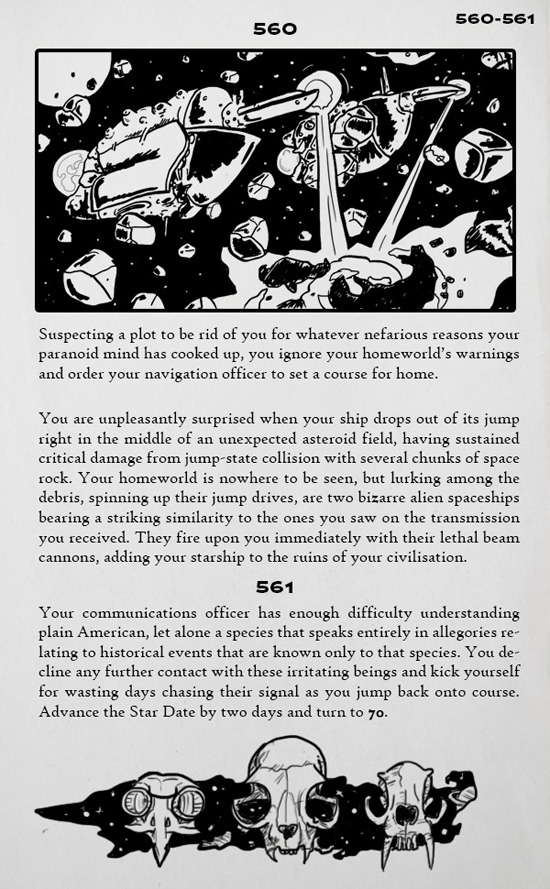 Ok, so now that we've established there's some truth to the whole "destroyed homeworld" story, we've elected to go on to Haldus. 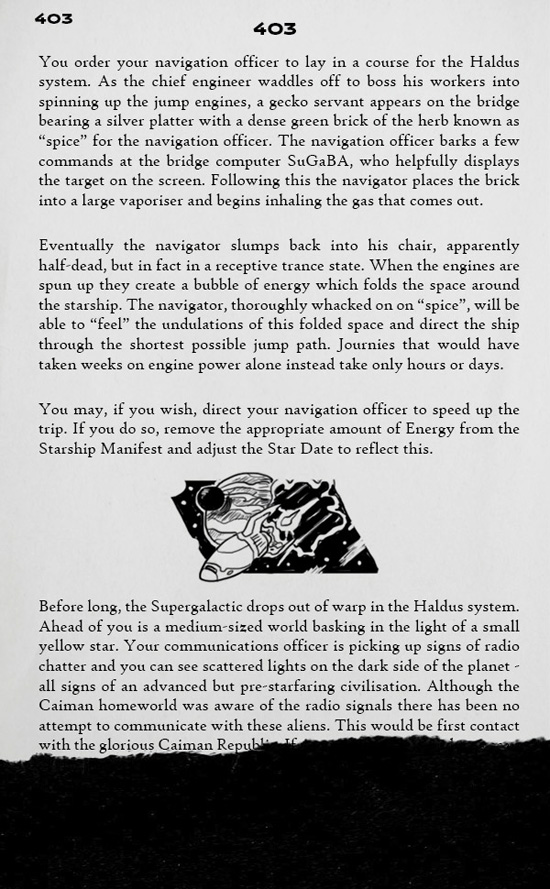 Full disclosure: I bought this cheap from "Two-Fisted Steve," who you might remember from the last game. The reason he was selling it cheap was because he'd torn out all the parts with decisions on them and was selling them separately, the prick. I bought them, but now I've got a baggie of torn-up bits of paper, so it'll take a while for me to find the pages to turn to, reattach them to the right pages and scan them in. Two-Fisted Steve is a monster, but where else can you buy these books these days?

Anyway, I'm going to need to rely on those of you who remember how this book runs (or can guess) to let me know what the next move should be. What's our next move?

Hey guys, ARMADA is coming. Pay us RICHES and we will take you with us to safety.

Time to run the old "Devil's Due" con on these primitive dolts. Scan their radio signals for religious information and pretend to be a major figure from their mythology. Tell them to give you free stuff then hightail it to the next system.

I'm actually a bigger fan of straight-up threatening their pathetic, uncivilized planet. The Supergalatic has the kind of weaponry that can cut through planets and ruin property values, right? Boil the seas and watch the beachfront realtors cry out in terror.

We went with the old pretend-to-be-a-god grift, which is standard operating procedure for crocs when they meet new people. 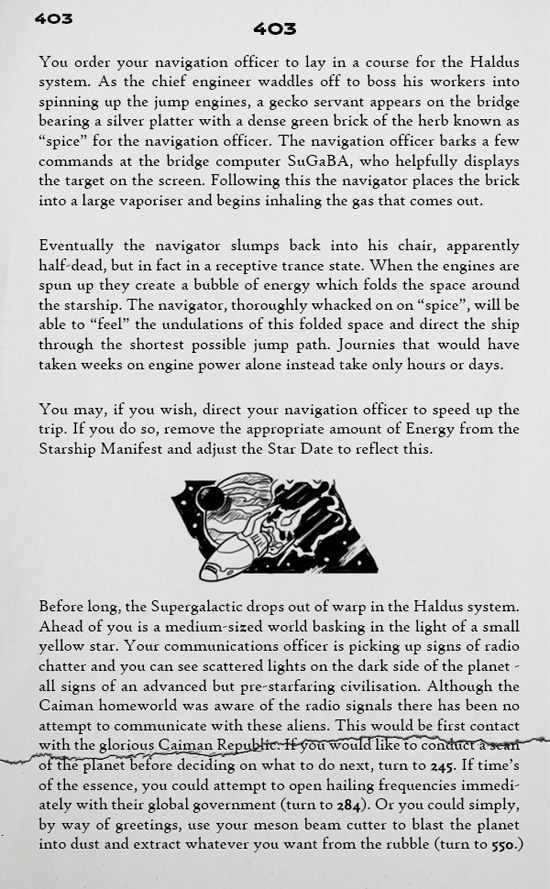 We're going with hail them (284) to open up the list of dialogues. Of course, this being one of *those* gamebooks, there's a hitch: 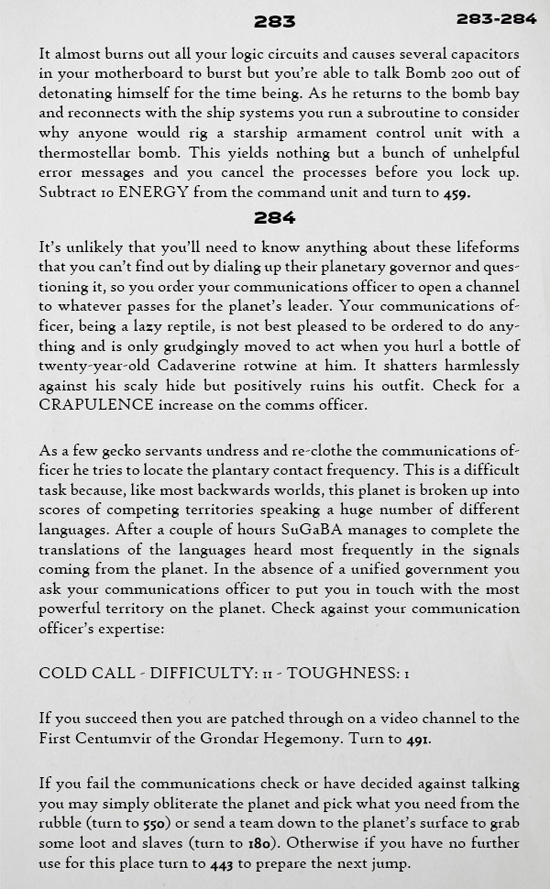 We choose to use the valet to do this, so with a skill of 12 we automatically pass the test and get through to someone or other. 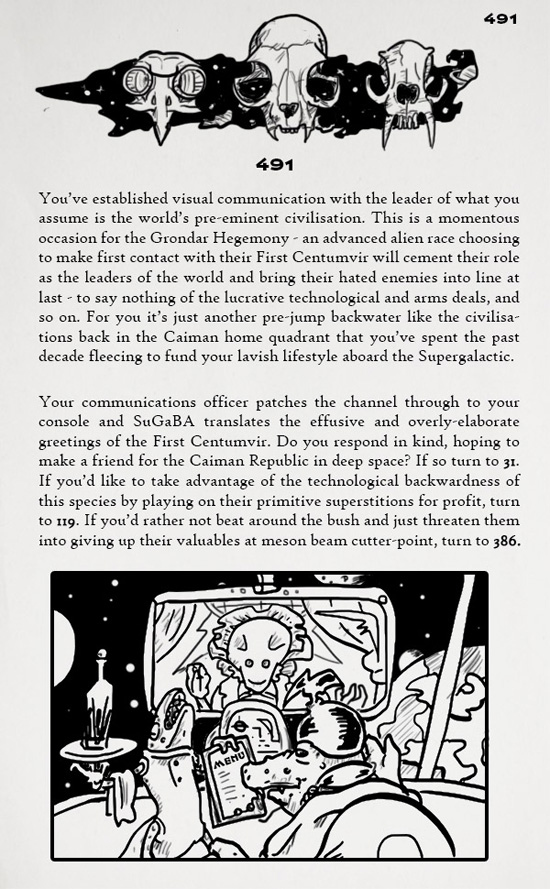 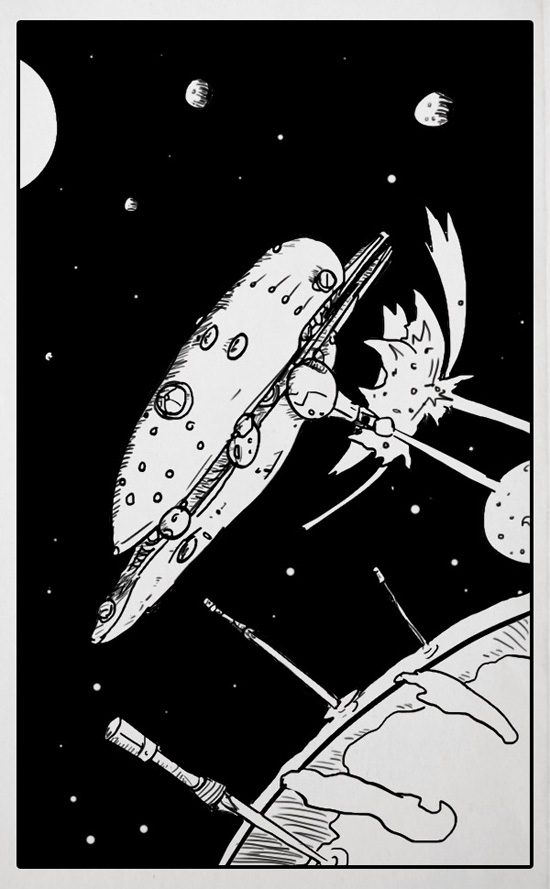 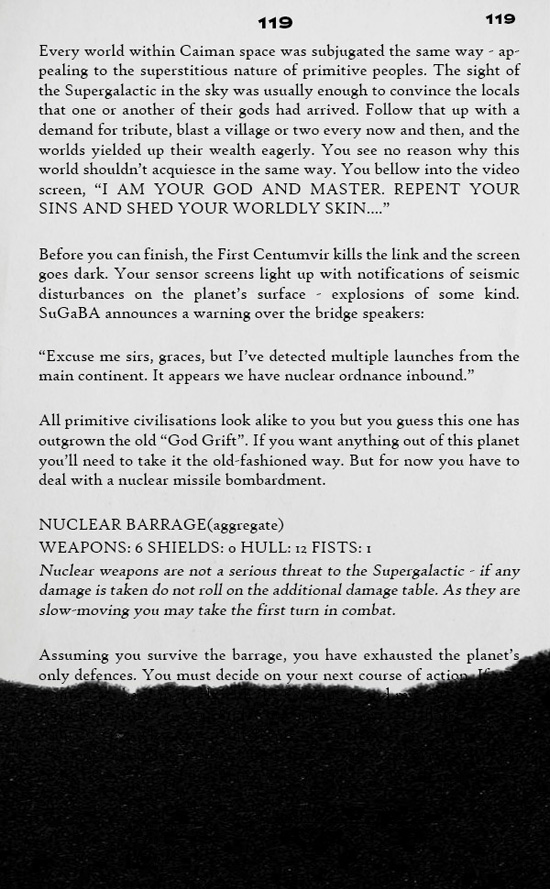 I ran the combat on the nuclear weapons.All their missiles are destroyed with one sweep of the beam before they could even potentially hit us. So, they gave it their best shot but it wasn't good enough. What next?