Preparing for the dance contest: 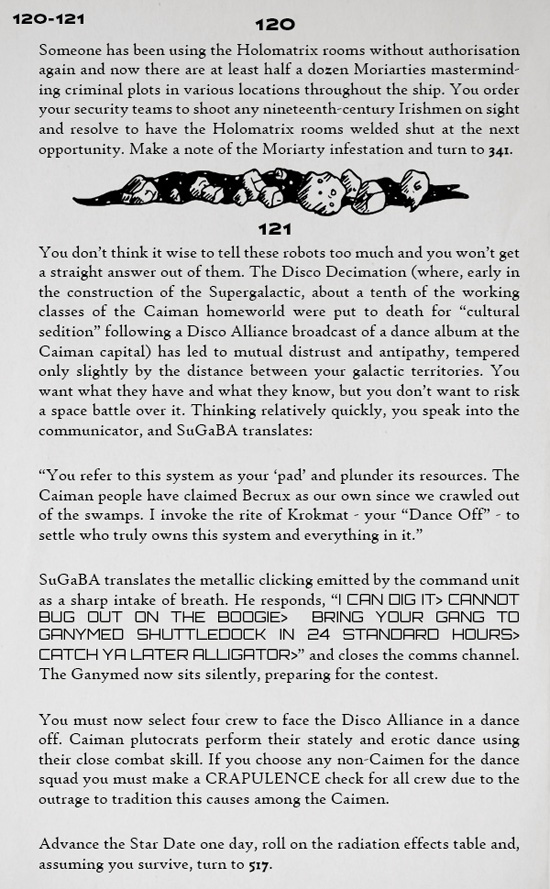 We passed the radiation check, but we still need to decide which crew we're taking over before all hell probably breaks loose. There's no backing out now!

We're okay to use the Valet, right? Because if so we totally should. Birds can throw down. I vote for also sending over Bob, Wrongway, and Benedict. Maybe if we're lucky Benedict will get shot with some kind of disco beam.

There's no way Wrongway is not a demon on the dance floor. Albeit by accident.

Send the ever-crapulent Blind Pew and the redshirt dancers!

We send our dance squad over - 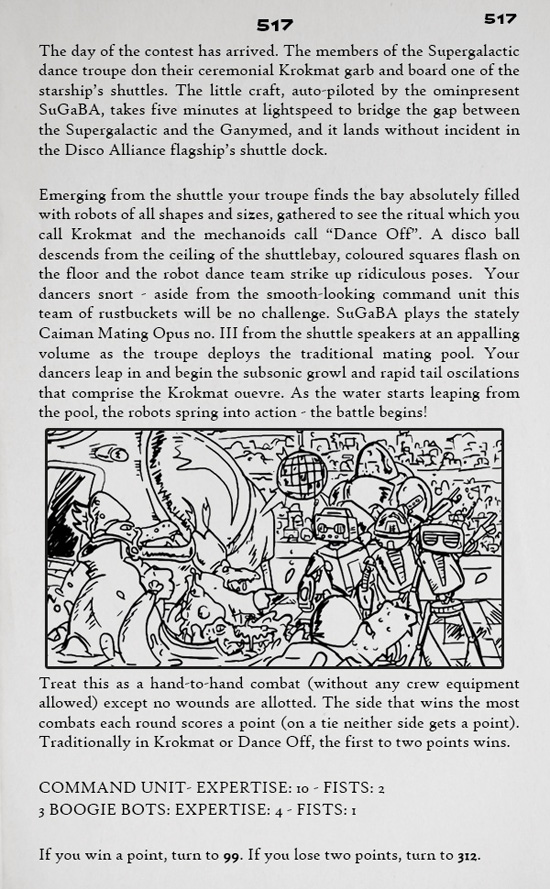 Not too tough, right? We handily win the first round with our water dance but then this happens (99): 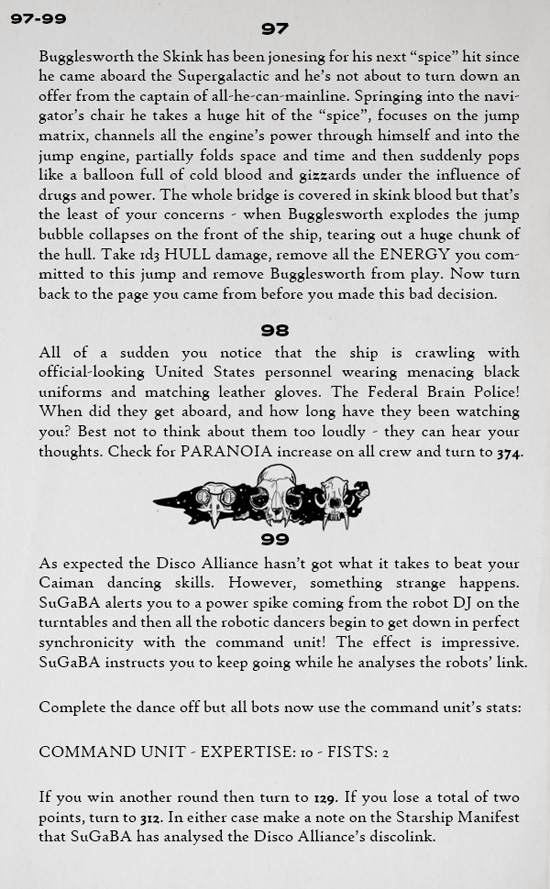 One of the DA powers is that they can synch up like this once per sector, and they use this power to beat the hell out of us in the dance competition. We don't have a chance and we immediately lose the next two rounds. But we do at least get something useful out of the thrashing. Turning to 312: 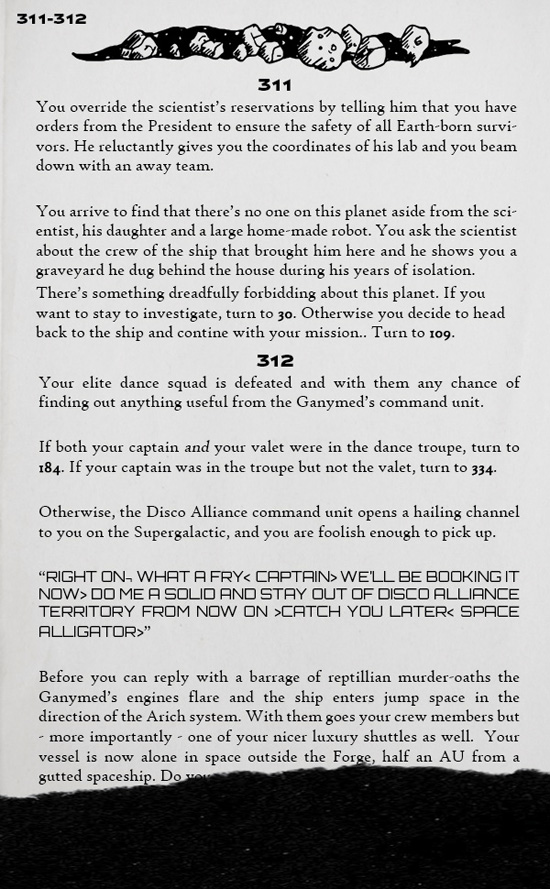 Luckily we don't have our captain on board, or (worse) both our captain and the valet. The Ganymed jumps system with a bunch of losers you're probably glad to see the tails of your heroic crewmates in their shuttle bay. We're left now in an abandoned system with the starship that the robots were looting nearby. There are a few obvious options open to us - what should we do?

WHIP THE CREW INTO A PATRIOTIC FRENZY then FOLLOW. 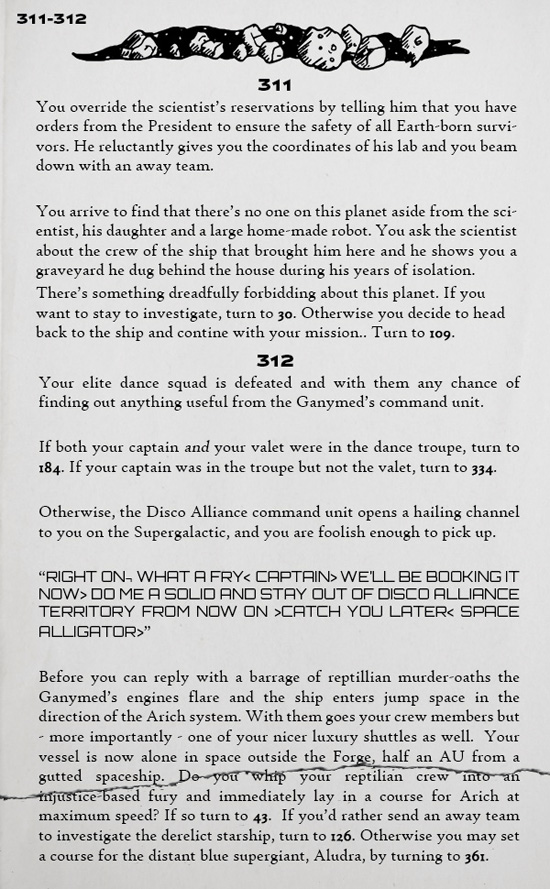 We're going right after those robots, because of reasons. The bad news is that those guys are gone. Regardless of whether they've been killed or not (and they probably have), Caiman society demands that someone lay claim to those empty bridge titles. Even if those poor bastards got back on board, they'd be finished as officers.

But anyway, revenge is a dish best served cold-blooded. Turning to 43: 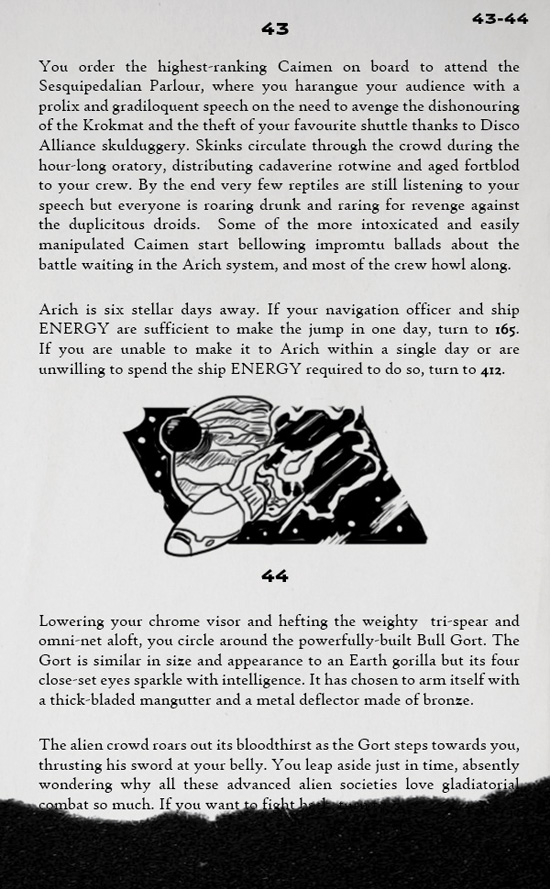 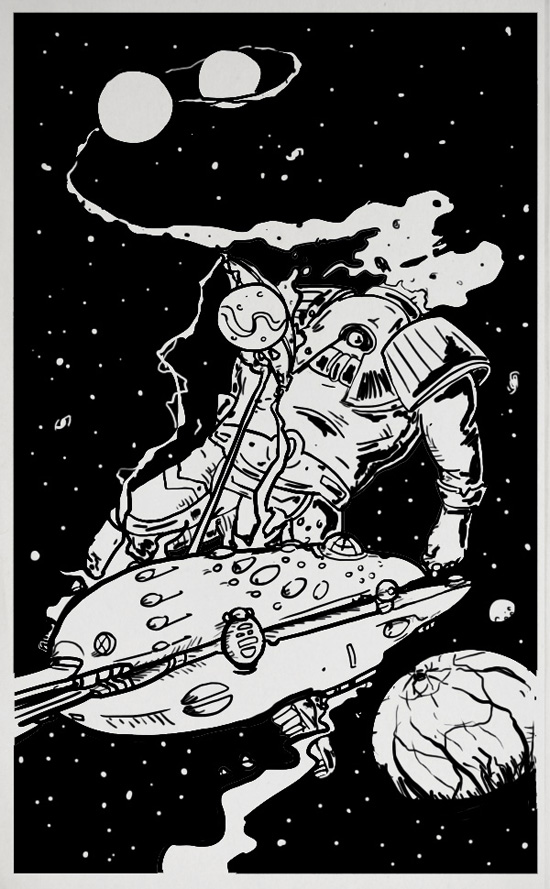