Now if only every internet "poet" would slit their wrists after writing such abominations.

Sounds good to me.

"Gunn Daddy" makes it short and to the point.

Catchphrases! I love them!

Hopefully a bulder falls on your house before you can draw the first character and quit.

Wern't they selling this shit in CompUSA two years ago?

If jacobi put this much time and effort into the stock market he'd be a millionaire. 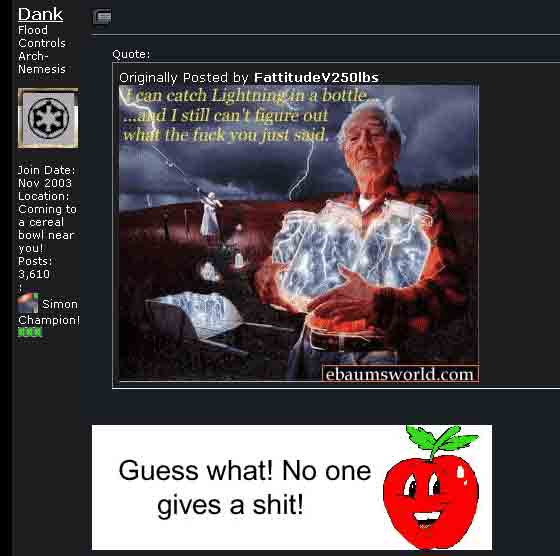 It's going to suck when this guy is the last man on earth and needs to procreate in order to save mankind. Judging from the image below, we're doomed.

Do you know of an awful forum that should be included in a future update? Send in a link!