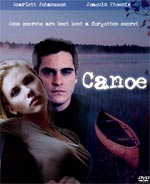 Genre: Horror / Suspense / Thriller / Mystery (more)
Tagline: Some secrets are best left a forgotten secret.
Plot Outline: Jennifer Gransom is a New York reporter who escapes a domineering ex-husband and heads with her daughter to the quiet town of Ghastingvale, Maine. While reconnecting with an old high school flame she learns of the secret disappearances of Ghastingvale's children at Old Ghost Lake. Her search for the truth behind strange dreams and a mysterious canoe may uncover more terrible things than she ever could have (more) (view trailer)

User Comments: Absolute horrid shit from the Hollywood bilge pipe. The Japanese version was at least a thousand times better and more moving, but Hollywood had to dumb it down for the simple baka Gaijin audiences and (more)

Child prodigy Dakota Fanning was accidentally left out overnight early in the filming and she spoiled. Luckily, her parents were able to rehydrate another in time for the day's shoot. (more)