The A-Team was the Climax of Cinema

Let's face it, The A-Team was never a film that was going to win awards. Not only that, but it also failed to set the world on fire at the box office, in spite of a pretty positive critical response. It seems to be slowly building an audience on Blu-ray and has garnered a fervent following; destined, perhaps, to become a cult classic. However, sometimes your biggest fans are your worst enemies, given that I've heard it defended as a stupid, fun action movie. Turn your brain off and enjoy it, I guess?

Hell no! The A-Team is the smartest action-comedy since Lethal Weapon. There's so much going on in this film that I am absolutely baffled that anyone could possibly watch it and only respond with "Yep, that was a big, dumb action movie with nothing to say" and then go back to doing whatever it is people with no sensory organs do with their evenings. Director Joe Carnahan is smarter and knows more about films than you do. This is true of pretty much every film director, and you need to realise this before you start bandying about the "turn off your brain" argument. 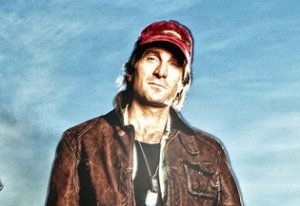 The only reason the sky is blue is because he was told that was the case.Pulling elements from every aspect of the cinematic zeitgeist, The A-Team seeks to achieve a culmination of sorts, a climax to the progression of modern American cinema. We have the abundance of hand-held cinematography that pisses off everyone who isn't me and whose popularisation is mostly credited to Paul Greengrass, used most prominently in a foot chase between Pike and B.A. Barracus. Then we have the scene in which the inmates of a mental hospital watch a 3-D film projected on the back wall and cheer as a truck literally smashes through the screen right on cue. Are these scenes parody or testament? In truth, they are both. You see, by parodying the elements that are rife within popular cinema, rather than mimicking specific scenes like Epic Movie and its ilk do, you show a greater understanding of what makes a film work. Instead of "Hurr hurr, remember this? It sure is funny to re-enact it" you get "Hurr hurr, dropping a layer of artifice by drawing attention to the machinations of the camera sure is funny when you're making a movie about people who can do impossible things." Or, instead of giving everyone a pair of 3-D glasses and hurling trucks at the camera, they turn the camera around and show the audience members how silly they look, then quickly remind them that through the magic of cinema they can literally drive a truck through a wall and it looks much cooler that way.

Maybe I should take some time to explain what exactly The A-Team is about. A group of four U.S. Army Rangers - Colonel Hannibal Smith (Liam Neeson), Lt. Templeton "Face" Peck (Bradley Cooper), Corporal B.A. Barracus (Quentin "Rampage" Jackson) and Captain H.M. Murdock (Sharlto Copley) - go hunting for a suitcase full of stolen engraving plates and the mysterious figure they believe could acquit them of the crime of which they were wrongly accused. Along the way, they must weigh their allegiances to C.I.A. Agent Lynch (Patrick Wilson) and D.O.D. Lieutenant Sosa (Jessica Biel) as well as taking down the gung-ho BlackWaterForest mercenary Pike (Brian Bloom, who also co-wrote the script). Within this small group of characters, The A-Team explores the plight of the common soldier and the American God complex all at the same time. 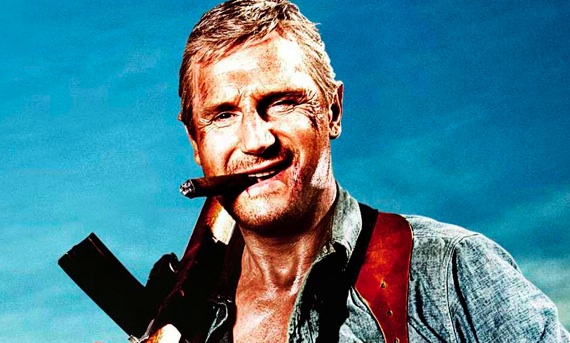 Sometimes a cigar is just a cigar and sometimes it represents the one-ness of the universe, brought together by the perfect alignment of ineffable planning and the reality-altering abilities of a crazy pilot.

Every member of the titular A-Team fulfills an archetypal role within the single entity that is the unit. This is not an original idea, but it is important. Oh sure, you can figure it all out; Hannibal is the brain, Face is the... face, B.A. is the heart and Murdock is... wait, what is Murdock? Let me tell you what Murdock is: Murdock is the most important member of the A-Team. The reason for this is that Murdock is quite severely mentally ill. His exact mental illness is never named or explained, he is merely described as being "crazy" at every opportunity. What else would you describe as "crazy"? Perhaps the events of a film like The A-Team, in which a group of people successfully fly a tank.

Murdock's limited grasp of reality actually bends reality in order to allow the team to do the things they do. Stalling a helicopter in mid-air in order to avoid heat-seaking missiles is the perfect introduction to this. Initially, we are told that Murdock attempted escape from the hospital by jump-starting an ambulance with a defibrillator. This did not work, naturally, but Hannibal's intrigue leads him to take Murdock under his wing. Under Hannibal's guidance, as a leader and father figure, Murdock is able to do the most ridiculous things imaginable.

The combination of Murdock's mental state and Hannibal's utter belief in his abilities leads to interesting ideas that essentially carry the film. Consider a naive child being asked to use a helicopter's landing gear to catch a man who is parachuting from a skyscraper onto a busy street. Sounds awesome, but impossible in execution. Murdock doesn't know what impossible means, so he just goes along with the plan and does the bloody thing.

Only a moment earlier, B.A. fires a gas grenade into a specific window from a window-cleaner's rig from across the street, something that would be damn near impossible to pull off in one try (I would imagine). But, Murdock's proximity to the event makes it happen flawlessly because he doesn't ever question anything, he's merely waiting for his turn to do an impossible thing. Later on, Murdock melts down Kevlar to make a bulletproof helmet covered in ketchup sachets so that he can be convincingly shot in the face without being harmed. I'm just going to let you look up the reality of that one yourself; needless to say, Murdock believes in it so it becomes so.

Therefore, does it not stand to reason that it is perhaps Murdock's exposure to modern film that informs the satirical use of prevalent cinematic tropes in an effort to raise laughs, even as audiences accept it as dumb, meaningless action? I like to think so. I also like to think somehow Murdock exists deep in the mind of Joe Carnahan, giving him the ability to make films like The A-Team and hopefully more to come. Oh, and to all the A-Team T.V. show purists who cried over the idea of people dying in an A-Team movie... Murdock himself addresses this during his escape from Germany. "That's my diversion," he says. "They die on this version."