The reviews out of the way, it's time for some of us to take a look back at the year we've just endured and try to figure out just what we've learned from it all. To kick things off, Joseph "Jay Dub" Wade takes a positive look at the anti-bullying movement of 2012 cinema. After that, Ian "Professor Clumsy" Maddison is left wondering why nobody seems to want to form their own opinions anymore and we close with the rather morbid subject of Martin R. "Vargo" Schneider embracing his own mortality.

An End to Bullying

When I asked my friends what they thought the most important trends of 2012 were, the only answer I received was a loud, emphatic "WE BOUGHT A ZOO!" Repeating the question only made things worse, and now "Get New Friends" is right at the top of my resolutions list for 2013. In my search for an underlying theme to the cinema of 2012, I needed to look no further than my pick for Movie of the Year: ParaNorman. 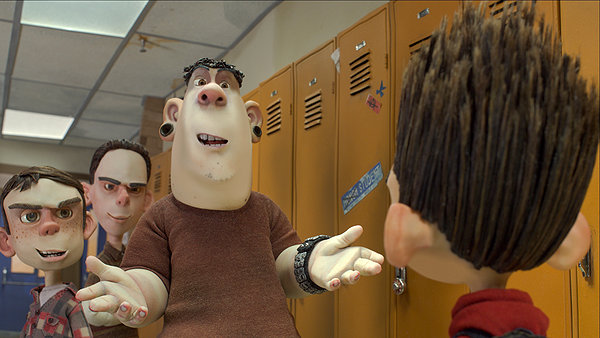 ParaNorman is more than a film about a kid who can talk to dead people; it's a film reminding us of the historical legacy of bullying. By correlating a Colonial-era witch hunt with the verbal abuse leveled at Norman every day, the film plays as a cautionary tale about the effect that a single act of bullying can have over the course of generations. This year it seemed as though cinema was finally ready to tackle the problem of bullying head-on, but while the more direct approach was largely ignored by the filmgoing public, the message seemed to get through to people anyway.

Perhaps the most obvious instance of anti-bullying at the movies was the documentary Bully. Despite the film itself adopting a middle-ground stance of "Whaddaya gonna do," the movement behind the film is certainly admirable, encouraging kids and families to form support groups against the bullies in their schools. With support from various Fortune 500 companies, Cartoon Network, and the cast of Glee (which is basically Bully with showtunes), The Bully Project is ground zero for 2012's anti-bullying movement. Entering wide release in the US the same day as The Avengers was the movement's only real misstep.

At the heart of any form of bullying lies some sort of prejudice, a concept that lay at the heart of two of the summer's most entertaining surprises: Battleship and Abraham Lincoln: Vampire Hunter. In the former, director Peter Berg manipulated our basic fears of The Other into a xenophobic sort of bullying. Neither side attacked unless provoked, but more often than not the human instinct to shoot first and ask questions later prevailed. Our prejudice against outsiders ultimately proves to be our undoing, or at least until we start blasting AC/DC music and dusting off granddad's old guns. 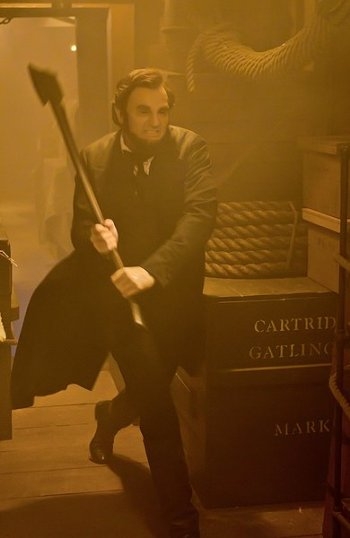 Grrr. I'll show you bullies!Abraham Lincoln: Vampire Hunter is a bit more nuanced in its treatment of prejudice and bullying, specifically in the way it handles the question of race. Here, Lincoln's hatred for the vampire who killed his mother drives his prejudice against all vampires, and subsequently fuels his desire to end slavery (an institution coordinated by vampires). While this film has little to say on the matter of bullying, Lincoln's mentor does offer one bit of advice that any victim of bullying would do well to remember: "Real power comes not from hate, but from truth." There's certainly truth in that statement, but try telling that to the kid dunking your head in a toilet.

Of course, no one seemed to pay much attention to these films. Critics dismissed both of them, saying Battleship was 'a miss,' and that AL:VH 'sucked.' The media sure is clever. Where the anti-bullying movement really took off in 2012 was at the bank. Not for films that actually addressed the issue, but the films that once only catered to the bullied. Specifically, The Avengers earned $86 gajillion dollars*, Joss Whedon was elected president of movies, and now Disney owns everything George Lucas ever signed his name to. It was a banner year for Disney, as many lamented the fact that now Mickey Mouse owned their childhoods (as though it was okay back when George Lucas or Stan Lee owned their childhoods).

Everything that was once considered 'nerd culture' is now our children's sole creative inheritance. We're deep within the Age of the Intellectual Property, a time when baby's first onesie has Mickey Mouse on it, Yoda presides over every eighth birthday, and we now have a Batman for all ages. These might all be foregone conclusions at this point, but 2012 underlined it, increased the font, and put it at the top and bottom of every page. There's a good chance that you and your high school bully both love the same superhero movie. If for some reason you are still being bullied about liking nerd movies and reading funnybooks about musclemen, call your local scientists, because you are clearly talking to a time-traveler.

Which brings us back around to ParaNorman. No other film in 2012 better illustrates the danger of hivemind mentality, aggression out of fear, and generational prejudice. Just as Arthur Miller reminded us in "The Crucible," forgetting our history is the first step on the road to repeating it. It's a shame that such an intelligently scripted, beautifully rendered piece of animation wound up being shunned at the box office. It's a film that has more to say about our anxieties with our past and with each other than I think people were ready for. Forcing people to acknowledge their fear of the other isn't as easy a sell as a flying robot man who shoots alien worms, but if the best and most popular films of the year can both help us bridge the gap, then I guess The Avengers isn't so bad after all.