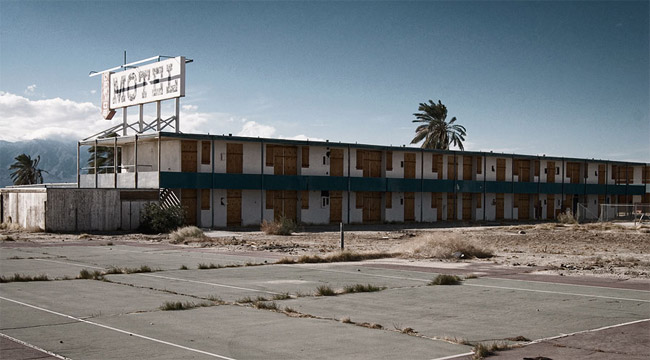 Zack: The address leads you to a desolate part of the Salton Sea in Southern California. Out past the rows of trailers and run down frame houses, the dusty streets and stray dogs, you find the Salton Sea itself. Rotted piers, abandoned pleasure boats, and heaps of dead fish on the shores. There is a foul smell in the air as you arrive at a small brick building. It is on fire.

Steve: The building is on fire?

Zack: Yes. Although it seems to be something burning inside the building and not the whole building.

Steve: Alright, this is what we trained for people. Let's do this. Grabbing our gear and heading into the inferno.

Zack: Kurt is going to be slow going and he'll have to use his shogtun instead of his tonfas. If there is combat, he will automatically go last.

Steve: No problem, as long as he is locked and loaded.

Zack: You are greeted in a small lobby by the charred body of a human. Flames still licks around its shoes. The lobby is peppered with bullet holes. Somebody came in here guns blazing.

Steve: Stay alert. We have no idea what's waiting for us in here.

Zack: Beyond the lobby you find more charred corpses in a ransacked office. It's as if someone was blasting people with a combination of heat rays and machine guns. A few of the dead bodies obviously put up a fight. You see melted guns in the hands of a few of the bodies and the floor is littered with shell casings.

Steve: That's it? A bunch of dead bodies?

Zack: You also find a heavy reinforced hatch that has been thrown open. It leads down into some sort of underground area.

Steve: Let's do this!