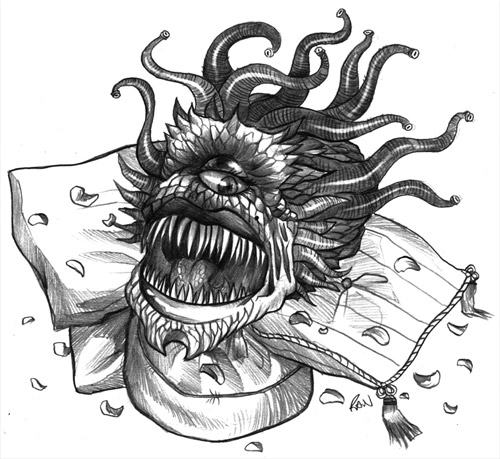 Zack: Steve, I was amazed by the quality of the competition this time around. Thanks to everyone for participating!

Zack: For all you winners, you will be contacted some time in the next 24 hours to work out which prize you will receive. Also, thanks once again to Wizards of the Coast for not sponsoring, administrating, or endorsing the contest.

Steve: I still think that Drow volleyball picture was robbed.

Steve: The fix is in!

Zack: What do you mean?