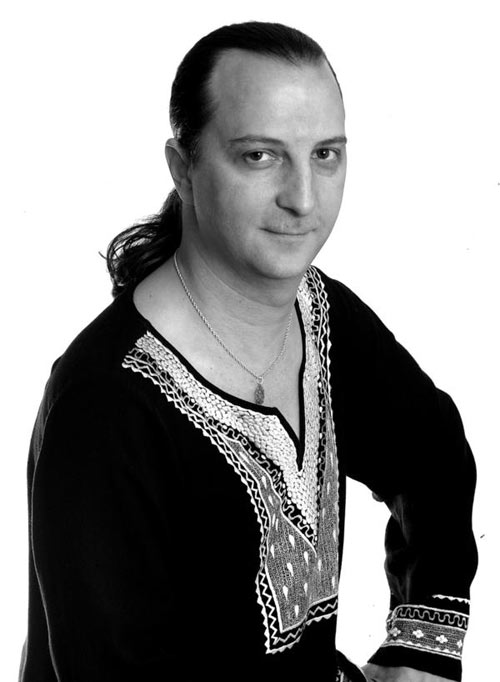 Keith
Defining Quote: "I am on a sincere search for meaning. I do what I can to find that which is Divine in all life. I try to grab hold of That and let it take me to whatever place in time I am most needed and most happy. I have touch the Divine and seen its Face, and know that that which is unseen is more real than that which is seen."

Zack: Forget that quote, here is the most informative quote from that page: "Keith has 0 friends."

Dr. Thorpe: Keith has 0 friends because he looks exactly like a koopa from Super Mario Brothers.

Zack: This is what accountants look like in most of Eastern Europe.

Dr. Thorpe: Prospective friends are intimidated at the prospect that he might touch them, therefore killing them instantly. Either that, or they're waiting to get Blue Yoshi so they can fly if they eat him.

Zack: I wonder what made this guy decide to create a MySpace page. If it was like "well, I've exhausted all other avenues for finding another human being who might accept me, maybe this computer stuff will work."

Dr. Thorpe: "Spiritual" people are the greatest. This guy reminds me of a flyer I saw posted outside of a chinese buffet. It advertised a seminar about harnessing the healing power of angels. Keith strikes me as the type of fellow who might say "yeah, okay, maybe I will harness the healing power of angels." And then maybe he'll write a book about it which will never gets published.

Zack: And then he sat there for days just talking to the computer trying to make it find him a friend. "Computer, locate: friend. Dammit, why won't this thing work! Computer! Search friend."

Zack: When he finally sort of figures out how to work the computer he'll spend the next decade wallowing in pornography. He'll forget his quest for friendship and he'll definitely forget about the healing power of angels.

Dr. Thorpe: We're having fun judging this guy now, but we'll be whistling a different tune when we turn 40 and realize that our lives have absolutely no meaning, so we embark on ridiculous quests through every bullshit pseudo-religion we can get our hands on.

Zack: "Nope, no happiness or meaning in this crystal. Maybe voodoo..." and before you know it he's stumbling around Port Au Prince with a cross on his forehead slurring for people not to bury him.

Zack: Okay, well, I think I skipped the search for meaning part.

Zack: This is the sort of guy who might just picture Jeffree Star doing something untoward. "Better than Jesus, huh? Well maybe I should look into this Jeffree Star lady."

Dr. Thorpe: And then he stays up all night meditating, picturing Jeffree Star dropping a bottle of Snapple at the supermarket and slinking away before anyone notices he broke it. Guys like Keith usually settle for Christianity eventually because it has the biggest support system. When you're a fundamentalist Christian, only 50% of the nation thinks you're insane, as opposed to the 98% who think you're insane if you believe in covering your body with Vaseline and magnets.

Zack: The only real alternative to Christianity in the United States is mastery of the Force. I'm pretty sure the last Star Wars movie came out and called George W. Bush a Sith Lord so he's got all the denominational bases covered.