Nothing is back to normal, but with the slow return of my hearing comes the ability to focus on our immediate problems. Spinoza's death is still there, like a guilty thing you keep forgetting and then remembering, but I'm able to function enough to get everyone moving. Get them out the back door just as I hear the helicopter circling back again.

"How do they keep finding us so fast?" asks Pike.

It's a good fucking question. The phone turns out to be useless, the network in Corpus is flooded with calls to EMS and once I try to dial I just get a repeating message that the network is overloaded. Pike tries to drag me back to that Chrysler, but we need to keep moving in the other direction. We weave through the housing, in and out of more than one, startling the families already cowering inside. We duck into a suburban apartment building as we hear another helicopter in pursuit.

Childs is out there too, leading some sort of search party. I hear him first over the radio, talking about "Brody and those devils that killed brother Bennett." Still inside the apartment complex, trying to get through on the choked network, I hear Childs again. Not over the radio. Not even very far away. He's shouting through the distortion of a loudspeaker. 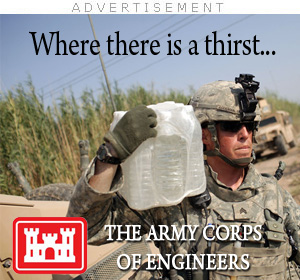 "We're coming for you, devils! Fire and knife! You're going to pay for what you did! Give yourself up, Brody, and we'll let you live."

Sondergaard's lips tighten and he shakes his head. He's an asshole, but he's not as stupid as I first thought. He knows same as me that madness is loose. Nothing he's been through before can guarantee him safe passage through this.

I try the phone again and this time I get through to the automated operator. After a long pause I am connected to Freer and, after a dozen rings accompanied by the growing, hair-raising sound of those helicopters getting closer, somebody picks up.

"I need to speak to Major Quincy immediately," I say. "We've got Brody Sondergaard."

The guy on the other end doesn't even say anything, just drops me straight to hold. The helicopters are getting louder and louder. I can hear shouting in the street outside.

"They're onto us," mutters Pike.

"How are they onto us?" I wonder aloud.

Brody jabs his thumb into his own chest.

"Yeah, mate, thanks for the update," says Pike. "That's the why. How are they onto us?"

"Where is the implant?" I demand.

"It's on my heart," says Sondergaard. There's real fear on his face for the first time. I briefly debate the possibility of performing open heart surgery with a kitchen knife, but it's just not feasible. The cavalry is already here. The Children are coming in through the door on the opposite side of the building. And they've brought dogs.

"Check every apartment," says one of the men down the hall. "Childs said a thousand dollars to the man who finds..."

They see us at the opposite end of the hall. I can't help smiling as I stand up and level the revolver. Been waiting for somebody to shoot. Vargas takes a knee and put the shotgun to his shoulder.

I pull the trigger.