It's a single family house, two stories, light blue aluminum siding. Looks just like every other house on the block. The door is locked but gives on the first blow of my boot. Pieces of the frame clatter into the foyer. Our breathing and scuffing boots seem loud in the quiet house. Under our smells, of smoke and exertion and blood, there's a lingering smell of cooking food. Beans and tortillas, chopped vegetables, a pot of seasoned beef still warm on the stove. Someone left in a hurry.

"Pike, look for the keys to that Chrysler in case our plans change," I say to him. "Spinoza, help me find a phone. Vargas, eh, keep an eye on Sondergaard."

Sondergaard ignores me and wanders into the kitchen. He starts fixing himself a plate of food. There's no land line. Looks like three bedrooms. Mom's, cloying, floral, a little girl's room with a pink theme, and a boy's room with a game console beneath the TV and model cars on the shelves. There's a cheap phone in there and I track down the charger. Plug it into the outlet. It's so shitty I can't make a call on it while it's charging.

"There's another door over here," says Spinoza. "Might be something we can use down here." 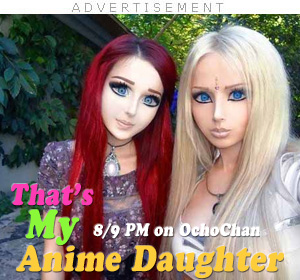 I wave to her, distracted by the charging phone. I'm thinking even if I get a charge into this brick it won't connect to any network, but only one way to find out. The screen powers on at least with a battery logo flashing. I hear Spinoza opening the door behind me. She makes a sound, sort of a half yelp, right before I am deafened by the sound of the shotgun.

By the time I get turned around I see Spinoza on her back on the kitchen floor. At the top of the cellar, in the doorway, stands a boy no more than twelve holding a shotgun. His eyes are wide and white as he stares down at Spinoza. She curls up her limbs almost into a fetal position. Her blood pours out like an overturned pitcher.

"Maria!" I shout, running to her, falling beside her. I ignore the stunned kid. "Maria! Maria it'll be okay!"

It ain't gonna be okay. She says something to me, but I'm still underwater from the sound of the shotgun. I can't hear it. She says it again and the light goes out of her. She's dead. She's fucking dead.

I'm on my feet again. I don't remember standing. I pick up Bennett's gun from the floor and jam the barrel at the kid. He drops the shotgun on the kitchen floor and raises his hands. I can see his mother, screaming, his sister, screaming too. I can see them, but I don't give a shit. This little punk is dead meat.

Vargas puts his hand on my shoulder. He pulls me back from the brink. Back from doing something I'd regret worse than Spinoza dying. He looks at me, his face sad and serious, and I can hear him just enough.

I lower the gun and stagger back against the wall. I feel like puking. Cheeks wet from leaking eyes. Snot coming out of my nose for some reason. I wipe it on my sleeve and look at Spinoza. Just a thing now. Like Ming on that slab. Or those poor fucks in Lansing.

"Right here, mate," he says, steadying me with hands on my shoulder and arm.

I stop at the door and look back. Maria's body is still on the kitchen floor. Hasn't moved, but she's out there somewhere, elbow to elbow with everyone I ever knew. She's having a drink at a cowboy bar at the end of the world.