Ain't much to say about a gunfight down a hallway with nowhere to go but out. We got the jump on them. Most of them go down in the first shots. Two make it back out through the door before we can hit them with our fire. Vargas on that shotgun does most of the work. Buckshot down a hallway. It ain't pretty. Don't like killing those dogs, but there's no choice.

We run for it, ammo just about exhausted. There are more of them pulling up on the other side of the building. And those goddamn helicopters aren't far away either. It's a race to see which one gets their talons on us first.

I am about to agree with him when I hear a familiar voice coming from the cell phone I'd forgotten was still in my hand.

"Hello," says Big Quincy. "You've got Sondergaard? Where are you now?"

A helicopter roars up from street level, rising above the house we were running towards, animating the branches on the trees all around us. It lowers its chin and faces us, so close I can see the crew behind the tinted cockpit glass. So close I can taste the exhaust. The recessed miniguns whine up to speed.

"We're in a bit of trouble," I say, rooted to the spot by the sight of the helicopter's guns.

"They won't shoot," says Sondergaard. "We can go right-" 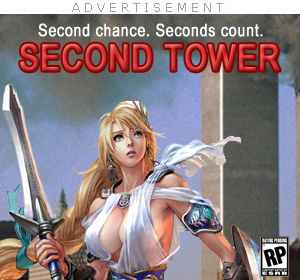 A storm of fire saws open the air, heat and turbulence beating against my body, the pavement crumbling and shuddering beneath my feet. The shooting is so violent it takes a full second for me to realize I'm not dead and we're not the target. The helicopter is hosing down the street behind us, saturating the Children and their cars and tearing the poor bastards to pieces.

Sticky streams of tracers whack the ground and ricochet skyward and spatter in every direction, hissing past us dangerously. We have to move. The instinct is to run away from the helicopter, but that's certain death. We run towards it, ducking beneath the churning guns and the pitched rotor.

Just in time. Flame spurts from the bay of a nearby carwash and an RPG hisses across the street in our direction. The helicopter has a shot-zapper that pulses the warhead, prematurely detonating it, but it's too close to the angled rotor. The bang of the explosion is followed an instant later by the crunch as the blades separate and the entire unbalanced rotor assembly detaches. The helicopter comes down hard, cockpit crumpling, flames immediately gusting from its ruptured body. A ragged cheer goes up from the Children firing from nearby buildings and cars.

We put distance between us and the downed helicopter. Hacking up the burning carcass seems to occupy the attention of our pursuers enough to give us some distance, but I can hear Childs on the radio, directing more people our way. He knows we're out here now and he is not going to give up.

"I can get...out of there," says Quincy, still on the line with me. The phone is cutting in and out, but there is just enough juice left for me to decipher what he is saying. "...can see you on the drone. It's too hot...area...get to a clear area. Do you hear me?"

"I hear you," I say, gazing out across several blocks of fire-lit warzone between us and distant open ground. "You'd better be there, Quincy. Or we're dead meat."

Fair question. The remaining helicopters seem to be getting revenge on the Children. I can hear them, not far, guns zipping and spraying streams of tracers behind houses and into the streets. While the whirly birds are making life difficult for the Children, Paine's forces have lost all sense of coherence. Their fearless leader never put in an appearance and those few among the First Texas who seized some initiative have been repaid for it by the hardening resolve of the Children. Paine talked his people into expecting a cakewalk and they got a real fight.

Easy to be tough when you're sitting in your bunker full of guns. When you've got to attack and advance, well, things get harder. I don't think First Texas is up to the challenge and, if the panic on the radio is any indication, they're not going to last much longer. When they quit the fight, things get that much harder for us.

Vargas, Pike, and Sondergaard look at me expectantly. There's not a lot to work with in our immediate area. More suburban housing. Some construction. A private school. My gaze returns to the construction. Billowing plastic sheets cover supplies, but there's something interesting on the other side of the chain link fence.

"You wanted a prow," I say to Pike and point out the hazard yellow beast sitting silent between a row of outhouses and the bare foundation of the construction. "Will that do?"

Pike's weary expression softens and spreads out in a grin.