It's early in the AM, the day following the Battle of Corpus Christi. My arm and shoulder are wrapped in a reactive cast and my brain is wrapped in something from my IV drip the nurse called Morphectix. Good shit. I guess when you have multiple fractures and muscle tears, that's what they give you. I need to remember to crash more planes into my body if this is the outcome. The Morphectix is making it hard not to smile. Major Quincy is the first to visit me. He doesn't say he's sorry for what happened, but it's written all over that big face of his.

"We'll get your friend's body back," he promises. "I have a team already working with Pike and Vargas to pinpoint her location."

Standing next to Big Quincy is a ramrod in desert UPAT with three stars on his collar. He says his name is Elizondo and he's from the Army.

"We're taking over for the Air Force," says Elizondo. "Major Quincy will be moving to a support role for our operations in Texas."

"I thought you were getting kicked out by the secessionists," I say to Quincy. 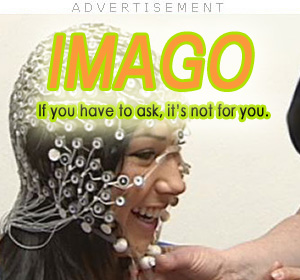 Elizondo addresses me before Quincy can get a word in.

"Their revolution is already floundering. Paine and his friends gambled and lost big. Three hundred dead, twice as many injured, most of them civilians, and footage of atrocities on all sides. The President asked the governor to mobilize the Texas National Guard last night and he refused. Now the governor, Paine and the rest are on the wrong side of some really ugly instant polls. Even Paine's network is disavowing him. After that debacle, Texans will be welcoming the stability offered by the United Sates Army."

"Sondergaard didn't help Paine's cause," adds Quincy. "Paine went into the emergency room with a camera crew, tried to interview Sondergaard while they were stabilizing him. The tough bastard managed to call Paine a war criminal and accused him of mass murder in the fifteen seconds before they cut to commercial."

They leave me some flowers and an envelope stuffed full of the money from the briefcase. Every blueback we were paid by Valdez is accounted for, and I've never felt worse to be holding fifty thousand dollars.

That night, Eva Kayembe comes into my room long after visiting hours have ended. She hardly talks to me, just lifts the blanket and slides into bed beside me. The sex is strange. She's almost too pretty and I can't stop staring at her. Throughout, she keeps touching my shoulder and arm and making pain shoot through my body. It seems to last hours. I'll never forget the way she stares into my eyes. Even months later, after I've convinced myself that it was a vivid dream caused by all the drugs, I still can't get her honey-tinted eyes out of my memory.

Pike and Vargas walk away with their share of the money. I promise to give mine to Maria Spinoza's family, put it all in an envelope with her husband's name and address and everything. But I don't go through with it. I don't even go to the funeral or write a letter.

I take the money and disappear for a while. I climb into a bottle, and find some new pills, and try to forget about everything that happened in Corpus Christi.