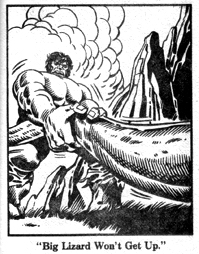 Hulk has problems with his part sometimes because of radiation. It will not do what he tells it to do, and that makes him upset, and he gets even Hulkier, which makes even more radiation run through his blood pipes. This makes me afraid that Hulk is not my father. I do not know if he can make a lad. Big Lizard won't get up. 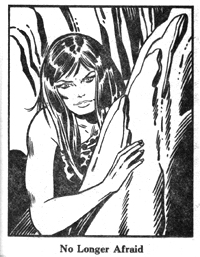 This woman wants to be a love to the Hulk, and she is not afraid of him anymore because she has seen that his part is broken and can't hurt her. She touches this rock, because it reminds her of him. It's green with mold. 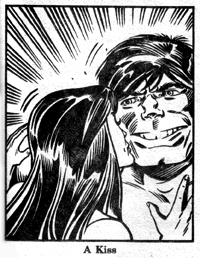 The woman makes a kiss on the Hulk, and he makes a silly happy face, which means he should be turning back into the doctor guy, which means the woman won't love him anymore because she only wants heroes. 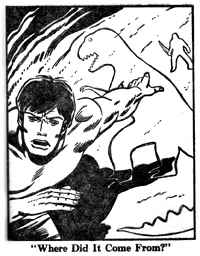 The Hulk sees more scribbles, and he hates them. He doesn't like seeing himself in an ugly mirror. He is part of this picture, but you can't tell, because he's inside the dinosaur's stomach. He points to where he was. 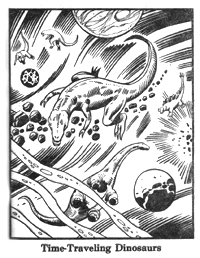 Dinosaurs can travel through time, which is why some humans think they are from a long time ago, and why other people think they are still here now, and why we know that they will rule everything in the future unless we can stop them. Dinosaurs move around too much to make new friends. They feel alone in a crazy universe.