Shakespeare Authorship
One of the oldest questions about the Bard enjoys a little airing out. Is that a chicken stuffed with snow I see before me?

SABC April : Wind up Bird Chronicle by Murakami / Babbit by Sinclair Lewis
The Something Awful Book Club covers all the bases this month by offering the choice of reading and discussing modern books by Japanese author Haruki Murakami and famed satirist Sinclair Lewis.

Latin American Magical Realism
Not for the faint of heart or the ADD of mind, forums user russia is HERE starts an interesting discussion on the Latin American tradition of blending the folklore of Native Americans with Western Culture.

Let's Talk About Gravity's Rainbow!
"But all conspiracy-theorist, literary faggotry aside, GR is one of the most beautifully written, funny, occasionally heartbreaking and quotable books around."
-A Rambling Vagrant

"The important thing to keep in mind is that no one is going to quiz you on who attended Pirate Prentice's Banana Breakfast."
-PresterJohn

It's no St. Crispin's Day speech but let's lock and load. Time to make this bitch more than a doorstop. 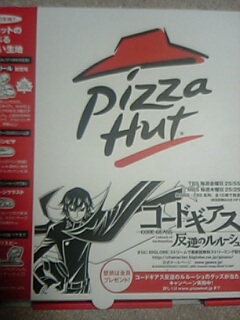 Code Geass: Lelouch of the Rebellion R2 - We were getting hungry anyways.

Macross Frontier: Gorgeous, delicious deculture - The first one in 12 years and all anyone will remember is something called the "Nyan-Nyan Dance."