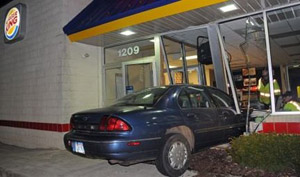 first of all this picture ain't me mine was a clean through and through in a caddy and second of all it was the bullshit tom tom shit in there talking using this creepy mormon voice telling me to trust in holy father and get myself three crossanwichesFucking thing hurts and Francis wears shirts that are like baby onesies that go under his crotch inside his pants so you cannot untuck and yoke him with that shit on his head. I tried it, believe me. My face ended up looking worse than the time I passed out from drinking jolly rancher rubbing alcohol shooters at the paintball range.

So I might have bought some angel dust in Baton Rouge from some guy who might have been George Carville or he might have been the skunk ape I'm not sure. Either way he tried to bite me on the face but I figured that was the gorilla pills talking. And after I took the angel dust in my motel Tag Romney might have fabricated some story where I broke into his motel room dressed in a green body suit, claimed I was filming motion capture for the Tag Romney video game, kidnapped him by threatening him with a tomahawk, drove him to a Fifth Third bank branch and made him write me a check for a trillion dollars, tried to deposit it into the account of "Golem from Star Wars" and ended up in an altercation in the soda aisle in which an assistant manager of the Milwaukee Jewel might have been slightly sexually mutilated.

Yo I do not know why Tag Romney made that bullshit up but it got me kicked off the campaign trail. So then I got transferred to be this gay websites court reporter. Just in time, right? I think cool I am going to Washington DC I can finally see all the cool shit like the oval office and the lincoln monument and the statue of liberty but nooooooo I get to go to the supreme court. You ever been to it? Prepare to be frigging underwhelmed. 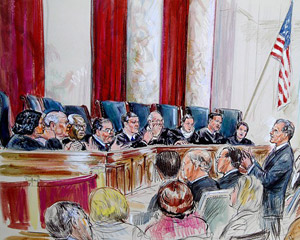 in a 9-0 decision my answer is no, no, no, no, no, no, no, no, no I can't even telll the chicks from the dudes these people are hardly supremeI guess there is some big deal case in this place like Obama got arrested for trying to make people buy him insurance and the court is deciding what's a constitution. Fuck if I know I only passed my government class in high school because my mom was getting banged by Mr. Roanoka and she also said if I got an A in his class she would give him a lifetime supply of ketamine.

Speaking of hookups, moms did set me up with about 75 of wicked tangerines or bad bennies. They're these fucking crazy chinese benzedrines that will turn your skin orange but will work like a combo of LSD and viagra that will make it seem like you are throwing bones into oil paintings and shit like that.

I guess the chinese made them to give to prisoners they're selling to that human body exhibit so they make fucked up faces when they get turned into plasticized meat statues. That might be an urband legend though. Point is I traded about half of my amount for one of the tickets inside the court to watch the boring gays (no offense gays) be super gay and boring.

Obama wasn't even there it was this guy named Dawn who acted like he was about to fall asleep. There was this little fat guy who yelled at me for making fart sounds during testimonies and this guy called a bailif who they used to throw out people who are sleeping too loud. That's basically the gist of what happened in court. Also you are not allowed to bring open forties in so if you have to put them in a camelback they might let you bring in a camelback of lazer.

Shit I just realized my ambien is peaking and I gotta get to bed before I try to drive over the lake again.

Oh PS - I'm supposed to say something about some idiot who wrote a book or whatever it's about bugs. Yeah hooray. Way to go nerd. Forget about that and buy a copy of my book you will get mega laid and the only bugs you have to read about is the time I caught bed bugs from slow dancing with Christina agulera.