Hollywood has its pergs sorry you couldn't hang on the best coast bristol.First off hold them horses I got something to get off my chest before this bullshit about mitch romney and ron paul. Bristol announced she was leaving hollywood and heading back to wasilla in case you saw the news. It was like PR agency released all over fox and friends because Hollywood never would have noticed she was leaving. I guess she did this interview with in touch saying the glitz and glammors aren't for her.

"I wasn't really into the Hollywood thing," she says. "After that, I just realized that I was over it. I was ready to come home."

Oh yeah sure I'm not really into you Hollywood its too bad I had some guy hit my double chin with a hammer and change my whole face around. No big whoop right it's not like I wanted to be in Hollywood I'm soooo over you ha ha. Mrs. Palin took time out from solving math equations and chessmaster shit to throw in her two cents.

"It's great having Bristol here," Sarah tells In Touch. "She makes good decisions, and she's always thinking long-term about her and Tripp's future." 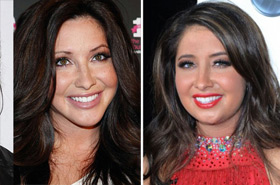 Yes doctor could you make my face pointier and more cartoony???Yeah bristol is real good at decisions. She went from airport stripper to a circus mirror kardashian. God damn bristol the last time I got my face changed on a bad decision at least the guy doing it got put in a penalty box with a bloody shirt over his head. When she was on Dancing With the Stars they had to asterisk the title so people didn't sue for false advertising.

Of course you put a microphone or a tv camera in front of a palin and they're going to bag on me. Guess what bullshit Bristol had to say. Imagine this being said in a nagging voice for the third time while someone is eating over the telephone because she is always eating takeout food when she calls me.

Though Bristol has the full support of her family, she's still getting zero help from Tripp's father, Levi Johnston, whom she often sees driving around town in his truck. "He's not using his visitation, and he's not paying his child support," Bristol reports.

Oh I'm sorry, Non-Hollywood Bristol. I guess unemployed hunter gatherer and hockey star isn't buying you satin sheets for your bed at the palin compound. I would support the shit out of Tripp and trog except for the obama economy you know this. I would visit them any day but you set that shit up so I have to come out to your house which is like the korean dmz and todd is some sleepy motherfucking kim jong un trying to kidnap me to star in his movies. 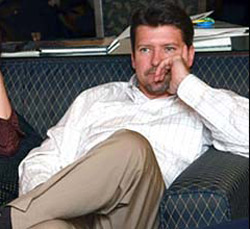 that lactonic greasebag is one visit away from trapping me in a dungeon and I don't mean the good kind of dungeonI would rather have visitation in a hellraiser with that teeth clacking guy watching me than go out there anymore. Last time I visited somebody put sugar in my tires. The time before that piper painted 666 RAHOWA all over the back window of my jeep which wasn't even my jeep it was one I borrowed from my mom's boyfriend Huge who is luckily a kkk biker satanist but was still pissed about the execution of the bloody hitler mural.

Here's an idea fucker palins: while you're in your million dollar house eating brunches and posting your blogs about constitutions or whatever it is you people do any more try to remember that I was drunk too when bristol got pregnant and also I deliver tacos on a dirt bike and I broke my foot trying to kick open a door on a dare so I am fucked up on pills right now (legal pills before you try and get my visitation taken away) so how about we go back to the Arby's visitations like I wanted and I will sell some drugs on the side and try to get enough money to get TRong those weightlifting suits he wanted and also a four wheeler for tripp. Think about it.