Okay now, the last thing before I...god DAMN FUCK I am so high right now. You ever take like 4 oxycottons and you just realize how powerful you are? Like you can feel it and you can feel all that nature shit flowin through you and you realize we are just animals? I mean damn. I never felt that shit normally, but it's true.

I am a fuckin eagle motherfuckers. What? WHAT??? That is what I fuckin THOUGHT.

Okay, last thing before I get to the main business. You might have heard that that dude Borama has got way more ads up than the creepy white dude that's with mrs. palin. So now hes winning or some shit even though I know mrs. palin will end up winning because she told me before she does whatever it takes to win and that there aint no friends in politics.

So then I loaded up NHL 08 to get fuckin pumped for nhl 09 comin out and my xbox starts showin these weird ass ads on the boards. And holy fucking shit what is this gay shit? 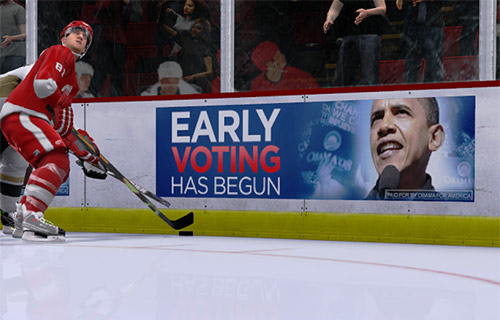 Yeop, it is fuckin barambama in my game. I would make a joke about black people bein on the ice, but naw. Levi johnston is many things but he ain't no racist. Accept a little bit against jews, but I dont think they count as a race. And like I wouldn't beat up a dude because he was jewish but if I got mad at him anyway and was kickin his fucking ass I might throw in "jews are faggots!" on him or something.

Eh, whatever, people who play videogames don't even vote ever anyway.

The young man said he wasn't an expert on politics by any stretch. Asked about Barack Obama, he replied: "I don't know anything about him. He seems like a good guy. I like him."

Johnston didn't register in time to vote, according to the Mat-Su Division of Elections Office in Wasilla. But he's still rooting for John McCain and Sarah Palin.

"I just hope she wins," he said. "She's my future mother-in-law. She better win." 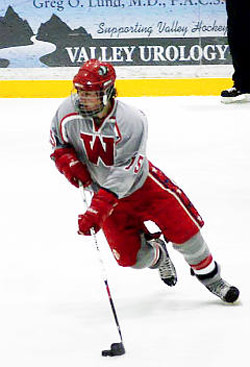 FUCK Valley Urology. Go there if you want some old dude grabbing on your unit. Otherwise FUCK THAT.Yep guilty as motherfuckin charged. I was gonna do it but then the last day I got drunk and passed out in my truck before I could pull out. Usually once I'm driving I can keep from passing out but I just didn't get the truck started in time. Oops! Sorry Mrs. Palin, hope you don't lose alaska by one vote!

If you haven't figured it out yet that shit is from my interview I did with the MOTHERFUCKING AP niggers! AP is the biggest newspaper in the world. Check out this stone cold iceman shit I dropped on them about the big convention:

Johnston said he wasn't forced to campaign with Palin's mother. Bristol Palin invited him and Johnston jumped at the chance. It was a whirlwind experience for Johnston, who was seated with the Palins at the Republican National Convention.

They was like "aw damn son when you got all them sets of titties up against the glass on your limo and bitches is screamin and wet as a ditch during the spring thaw what do you think and I was like "At first I was flipping my shit because damn look at them titties but then I was like, 'Whatever' because I seen so many titties it became pass-A."

That is my PIMP shit I dropped on them. But they didn't print all of my answers. I emailed the dude and he wouldn't send me a transcrips of the interview so I just transcribed some shit from my memory. I put that shit on the last page