First there is this bitch working for that retarded crippled dude in the chair with the speech impediment. Shes hot as fuck but her titties are too fake lookin. Mrs. palins are rounder with them big huge baby bottle nipples get all hard when she wearing just a big tshirt and nothin under it when she answer the door (like she want to do). Check this bitch out: 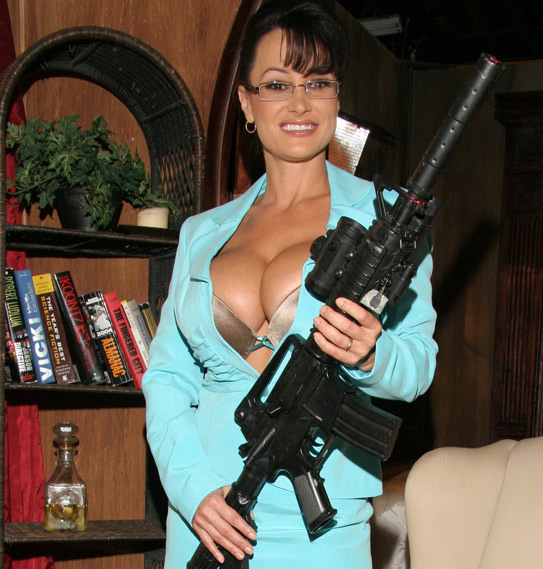 I will give her credit she does look like a fine ass mavrick, but I got two issues. First look at that trigger disipline on that bitch. Mrs. palin knows her way around an aftermarket modded 303 and would not be slinging hers around like that unless she was drunk as fuck which this bitch don't look.

Second, I see some stupid fuckin shit on that shelf back there. Looks like some dean koontz books. Mrs. Palin only reads newsletters from dudes with first names that sound like girls who want to build some sort of new country on a mountain or some shit. Oh, and mrs. palin also loves some of the goosebumps and RL stine books, but not none of that fancy ass east coast latte liberal volvo faggot commie dean koontz bullshit. 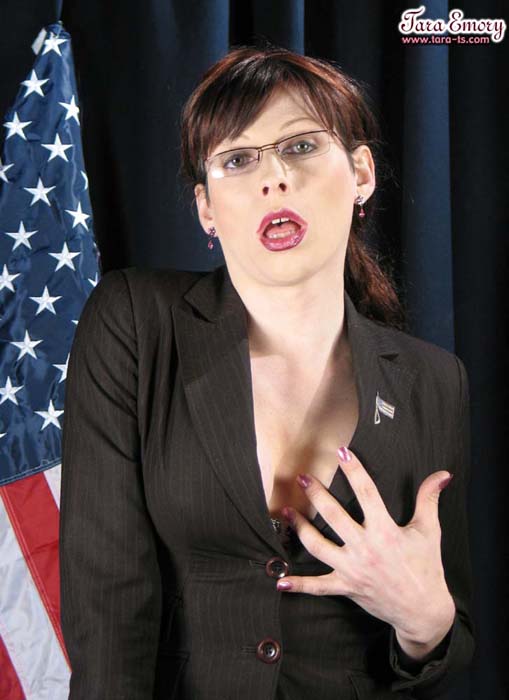 This bitch looks way more like mrs. palin and those titties look way more real and natural. I wouldn't kick that other bitch out of bed but this bitch here is just something special about that gives me some serious redneck wood over here. Ha ha! Bitch yo if you read this email me we will hook it up while willow is sleepin in the back.