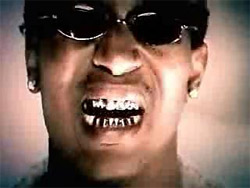 Master P, born Percy Miller, is the founder and CEO of No Limit Enterprises, an entertainment conglomerate that found a limit in quality with astonishing alacrity. Master P is the prototype thugtrepreneur, having risen from the New Orleans projects to pollute the West Coast rap scene out of his record store in Richmond, California. It's an inspirational rags-to-riches story, until you stop to analyze the source of Percy's 300 million dollar fortune: irredeemable crap.

Since 1995, No Limit Records has been releasing violent gangsta-themed protorap of the sort that can be produced with a single synthesizer and a black man with something important to say about shooting a bitch. To describe the production values on No Limit releases as underwhelming would be doing a disservice to the concept of understatement. Every CD cover is interchangeable. Every disc is pressed, printed and mastered somewhere in a cave in Mexico by bats.

That's all excusable if the result of these cut-rate discs was anything but the actual product. What could have been an opportunity for young rappers to find an outlet for their music denied them by a hostile industry instead became an exercise in formula. Without access to Percy's recipe book, I have to assume the formula looks a little something like this: 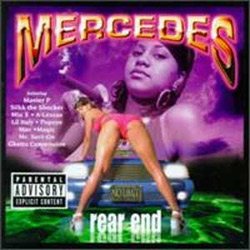 Step 3: Press the well-worn "music" button on the keyboard in the studio.

That this managed to contribute to even a fraction of Percy Miller's 300 million dollar fortune says something depressing about the stupidity of consumers cutting across cultural and ethnic lines. 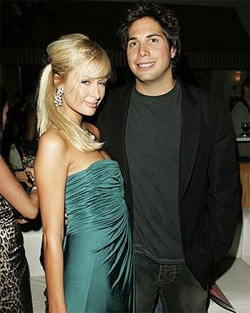 Joe Francis had a dream. It involved video cameras and girls intoxicated beyond reason. It involved a business plan he developed in college and an internship on Real TV, one of the worst TV shows ever produced. These ingredients gave birth to Girls Gone Wild and transformed Joe Francis from a young dreamer into the first of a new generation of media moguls.

Francis is that special loathsome sort of mogul that exists as a constant inebriated "Wooooooo!" done for a video camera. He's a gel-haired prick, chugging coconut rum and groping a 17 year old, only he has a private jet and some sort of red phone that connects directly to Perez Hilton.

Francis and his Mantra Films business generate 100 million dollars annually by producing endless truckloads of sleazy direct-order DVDs. Most of them fall into the Girls Gone Wild category of steel drums, tourist settings, and intoxicated college girls unsheathing their mams. These scenes of amateur debauchery are usually padded out with several lengthy softcore sex scenes or comedy bits.

Girls Gone Wild already seems like something of an anachronism in the Internet age, but the videos aren't the root of Francis' evil. Take them away and he will remain a constant and shameless self-promoter, sometimes doing so surreptitiously by creating controversy and living out his life in various celebrity gossip columns.

He's been accused of assault, rape, child pornography, and he has been sued for filming women without their permission. Francis has most recently been spending time in jail for a complicated series of offenses related to tax fraud and screaming at teenagers in a settlement hearing. His predicament has sent him crying to gossip columns and radio shows about his incarceration and he has gone so far as to launch a website to keep the world updated about his plight.

Despite hanging out with Paris Hilton, owning a private jet, and appearing on TMZ.com almost hourly, Francis assures the world that he is a "regular guy" on his prison website:

"I'm excited to have this opportunity to introduce myself to you personally. Over the years, I've gotten used to being misunderstood. From as early as the first grade, when a teacher's aide took offense at my efforts to get her attention by putting a tack on her chair, to more recently, when a certain Southern judge took a relentless interest in putting me behind bars, it seems that I have been in a constant struggle just to be understood as a regular guy."

In the end, the attempts by Joe Francis attempts to humanize himself and draw attention to his predicament are probably counterproductive: the usual reaction to hearing that Joe Francis is in jail is laughter.

For the handful of you concerned for Joe, I wouldn't worry. He could be awaiting lethal injection in Texas and he would find a way to make millions of dollars, do drugs constantly, and have sex with models.