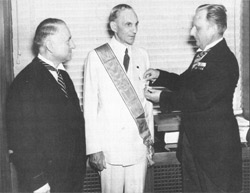 Henry Ford was one of the great pioneers of 20th century American industry. Ford, more than perhaps any other man, is responsible for the America of affordable automobiles. He was a great innovator and he was known for acts of philanthropy. So what did Henry Ford do to deserve the number eight spot on this list?

It began in 1918, when Henry Ford purchased a small weekly newspaper called The Dearborn Independent and turned it into a platform for the political views of himself and his friends. Unfortunately for everyone, those views centered largely around Jews and how horrible Jews were and how Jews were Jewing up the Jeworld Jewith their Jewiness.

From 1920 to 1927 The Dearborn Independent produced dozens of articles about the menace of Jewry and reprinted pretty much every horrible screed and forged document relating to the evilness of Jews. Ford would later deny he had any knowledge of the contents of The Dearborn Independent, even though he was quoted in respectable (and less Jew-hating) newspapers as making comments about the infamously fake evil Jew document Protocols of the Learned Elders of Zion. It is a document which, by the way, Ford's presses just happened to print as part of an anti-Jew anthology of fun entitled The International Jew, The World's Foremost Problem.

My teacher told me in 1st grade that you can't judge someone based on the company they keep, but Henry Ford had a particular companion so horrible it's hard to ignore him. If you've been paying attention to the content and the dates of the preceding paragraphs you might be able to guess the name of this companion. Take a second and make a guess. Got it?

Ford and Hitler were reportedly great admirers of one another, to the extent that Ford regularly sent Hitler lavish birthday gifts and Hitler returned the favor by bestowing the highest honor a foreigner could receive from Germany for Ford's 75th birthday. Did I mention that the honor was a medal covered with swastikas? 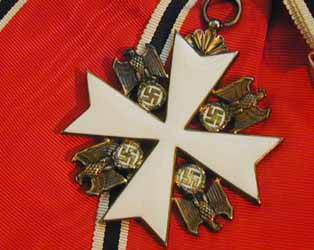 Hitler admired Ford so much that he mentioned him in Mein Kampf and hung a picture of him on the wall of his office. Hitler even credited Ford as his inspiration for the concept of the Volkswagen.

There's keeping bad company and then there's being best friends forever with the most hated man of the 20th century. I hope my 1st grade teacher could see the difference, otherwise she might disagree that Henry Ford deserves the number eight spot on the list. 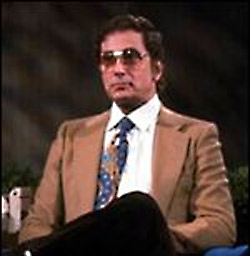 A man whose picture appears adjacent to "unctuous" in the dictionary, Guccione started Penthouse in 1965 as a slightly more risqué alternative to Playboy. During its early years, Penthouse constantly challenged acceptable norms of pornographic material. These included various steps like simulating sex in photo spreads, making visible the internal horrors of vaginas to scar the minds of 13 year old boys, including boners so people could better understand what was happening in the gauzy photo shoots of the early 1980s, and offering a centerfold spread to a 16-year-old Traci Lords. 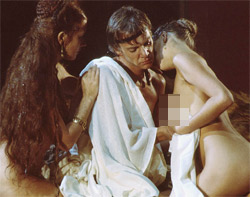 The film as shot by Tinto Brass included fairly graphic sex scenes. Guccione fired Brass after shooting had finished and hired a new team to edit the film and shoot additional hardcore pornographic sequences. To put it mildly, the result was disturbing. You would have Peter O'Toole boozing through a scene with Malcolm McDowell, followed by a scene in a bath with closeups of women licking each other's vaginas.

Sadly, by 2003 the Penthouse empire was crumbling. Bankruptcy loomed and Guccione retreated to his mansion full of models to mourn the loss of own Caligulan excess. As for Penthouse, it's still around, but now it's owned by a boring investment group not interested in producing art featuring John Gielgud and a guy with a laurel on his head ejaculating across a woman's back.